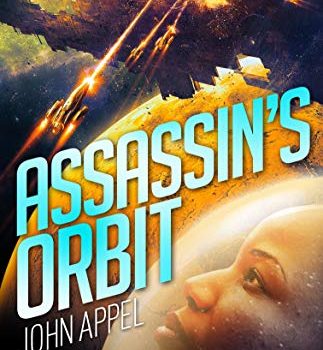 Far-future SF mystery novel. An assassination threatens a planet’s vote to join the Commonwealth, and police and private detectives work together to uncover an old threat that could spark interplanetary war.

Ashley-Smith, J.: The Ariadne, I Love You

Ghost story/horror novelette. A washed-up alt-country star goes to Australia for a comeback concert to find the woman who once inspired his songs is dead, and her daughter is eerily like her.

Asmodee: The Art of Arkham Horror

SF novel, sequel to Junction. A year ago, Anne Houlihan uncovered a wormhole to Junction, a patchwork planet of competing alien biomes. Now, she and Daisuke are going back to investigate “The Howling Mountain,” the possible location of a wormhole into space.

Bourne, Brianna: You & Me at the End of the World

Young-adult apocalyptic romance novel. Hannah Ashton wakes up to a world where only she and the very charming but selfish boy Leo Sterling seem to be the only people left.

Supernatural thriller/horror novel. When her twin brother goes missing in Northern California, Vivian Owens follows his trail to the town of Mount Hookey, home to the followers of Telos: a mountain-worshipping cult that offers spiritual fulfilment to those who seek it..

Copeland, Sean: World of Warcraft: Grimoire of the Shadowlands and Beyond

Tie-in art book based on the online game. Journey past this mortal coil and discover the secrets of the Shadowlands. Study the practices around death and dying on Azeroth, then follow a Broker through the groves of Ardenweald, over the gleaming towers of Bastion, and into the depths of the Maw for a detailed voyage unlike any other.

SF novel of the Quinary, first in a new series. Two families rule one planet, and the youngest members of each are slated to wed, until trouble takes them away from their inheritance and each other.

Glass, Jenna: Mother of All

Fantasy novel, the third and final book in the Women’s War trilogy. In the once male-dominated world of Seven Wells, women now control their own reproduction, but the battle for equality is far from over. Even with two thrones held by women, there are still those who cling to the old ways and are determined to bring them back.

Fantasy novel, the second in the Chronicles of Saylock series after The First Girl Child. Teen Ghisla flees the destruction of her people only to end up in Saylock, where no girls are born. A blind boy Hod cares for her, and when she sings, he can see. But Hod cannot protect her.

Malfi, Ronald: Come with Me

Aaron Decker’s life changes one December morning when his wife Allison is killed. Haunted by her absence—and her ghost—Aaron goes through her belongings, where he finds a receipt for a motel room in another part of the country. Piloted by grief and an increasing sense of curiosity, Aaron embarks on a journey to discover what Allison had been doing in the weeks prior to her death.

Marcus, Daniel: Bright Moment and Others

Collection of 24 short stories in a variety of speculative genres.

YA fantasy novel, a gender-flipped version of Beauty and the Beast.

McDonell, Nick: The Council of Animals

Post-apocalyptic fable/SF novel. Illustrated by Steven Tabbutt. Animals hold a debate on whether to help the last human survivors—or eat them.

Mohamed, Premee: And What Can We Offer You Tonight

Near-future dystopian novella. An undead courtesan wants revenge for her murder and all the other injuries caused by the wealthy clientele of the elite brothel where she worked.

Post-apocalyptic SF novel, set after the Earth burned. An archivist holds the secret texts that led to climate disaster.

Parker-Chan, Shelley: She Who Became the Sun

Fantasy alternate-history novel of Ancient China, a queer reimagining of the rise of the founding emperor of the Ming dynasty and the Red Turban Rebellion. Zhu Chongba takes advantage of her brother’s death to take his identity and fated destiny.

Historical fantasy novel of magical rebellion in the late 1700s, second of two in the Shadow Histories series.

Qureshi, Aamna: The Lady or the Lion

Young-adult historical fantasy novel. A crown princess works with a foreign spy to investigate a deadly assault on neighboring leaders.

Young-adult fantasy novel. Bree hates the Fae, but agrees to steal from the Seelie court to free her sister from the king of the Unseelie.

Valente, Catherynne M.: The Past Is Red

Post-apocalyptic SF novella about Tetley, a young woman living on an island of floating garbage on a flooded Earth, sequel to the included 2016 short story, “The Future Is Blue”.

Military fantasy novel, the second in the Savage Rebellion trilogy.

Wendig, Chuck: The Book of Accidents

Horror novel. Something old and hungry lurks in rural Pennsylvania. 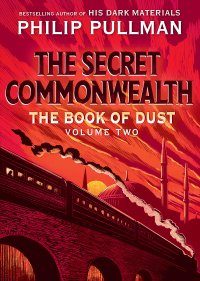