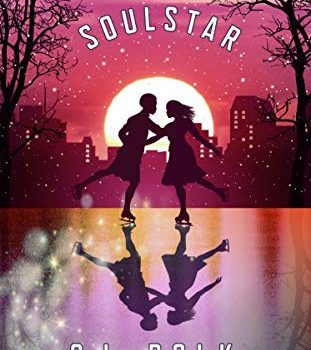 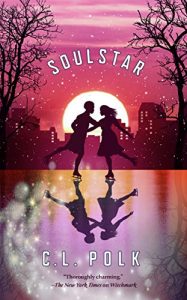 Soulstar is the conclusion to Polk’s Kingston trilogy, a cycle of books that each take politics and romantic and familial relationships as their focus. In Witchmark, it was Miles Hensley and his mysterious lover Tristan, and a series of deaths connected with an unjust war; in Stormsong, Miles’s sister Grace (and her romantic interest, newspaper reporter Avia) was faced with address­ing the consequences of decades of exploitation of much-feared witches, while facing the political consequences of her father’s – amoral patriarch Christopher Hensley – crimes, which were only seen as crimes by some.

In Soulstar, the viewpoint character is Robin Thorpe, politically active nurse and witch whom readers will remember playing a secondary role in both Witchmark and Stormsong. Robin’s at the forefront of a movement agitating for an expanded franchise for the people of Aeland, more rights and better political representation. She’s also at the forefront of the movement to restore witches from the asylums, where they were imprisoned and exploited for decades, back to their families and the world. Robin’s a community organiser, the kind of person whose skills and labour keep whole movements going and who rarely gets – or wants – to stand in the spotlight, and her work is very much rooted in her community: an immi­grant community where whole clans of people, connected by marriage, descent, or choice, live under one roof.

Part of Robin’s history as an organiser is rooted in the arrest of her spouse Zelind (pronouns: khe/kher) as a witch 20 years before. With the law that consigned witches to asylums repealed, Robin can finally be reunited with Zelind. They still love each other after all this time, but 20 years is a long stretch apart. Is there room in their lives for each other, with Robin so busy with her political and community work and Zelind with kher life to rebuild? And even if there is, will their relation­ship survive the tumultuous political times and the pressure of Zelind’s wealthy family, who disapproved of their liaison in the first place?

Community organising, and the strength and power of supportive communities, is a theme in Soulstar, as is the power – for good or ill – of families. Robin’s supportive – if not always un­derstanding – group of clan kin can be contrasted with Zelind’s less supportive, much more control­ling birth family. And the crimes of Grace’s and Miles’s father can be contrasted with their deter­mination to do better and forge a better, more just world – and better, more just families. The com­munity of young witches who’ve never known anything other than the asylum make a home for themselves in one elderly woman’s shuttered ho­tel, and are embraced by her as a new family – in the face of small-minded opposition – and Robin’s community of political organising and resistance, and the fruitful, mutually-supporting connections that these people forge, can be compared to the coercive power employed by the old regime and its vested interests.

Despite Robin’s lack of ambition for the limelight, circumstances propel her into it. The assassination of a leading light of the solidarity movement propels her into a leadership role, even as the police try to pin responsibility for the murder on her. Meanwhile, unrest is growing, and provocateurs are stirring sentiment against both the state and the recently-released witches, and Robin is right in the middle of it – while her recently-freed spouse is designing a technology that will entirely revolutionise energy, the provi­sion of light and heat and power, that had previ­ously been a monopoly fueled by the exploitation of witches: a technology that has the possibility to upset the balance of power.

Polk walks a delicate line in balancing the personal and the political – which are often one and the same – into one whole narrative. Robin is a fascinating character, and her relationship with Zelind is drawn in strong, striking terms. Lov­ers reunited is something of a trope, but seldom do we see two mature people whose lives have diverged figuring out how, exactly, they fit back together. If and how they can make space for each other, and how to make the compromises that will strengthen their relationship and their own lives, if they still want to: these are compromises that they might have been making all along, if they had been together, and now must decide on after 20 years of difference.

Polk draws political developments as deftly as they do personal ones. The maneouvring of community organising and political organis­ing: the decision of which rhetorical gestures and which practical approaches to take, falls on Robin’s shoulders, but other people’s choices keep throwing her new balls to juggle until she and her community and her allies – including Grace Hensley, once a prime representative of the old guard and now Robin’s best ally inside the existing political machine – find that revolution is the best, and perhaps the only, tenable choice left to them. Polk’s vision of political revolution is processual, rather than cathartically bloody: moral force backed up with practical power.

Soulstar is a fast, gripping, engaging, and thoughtful read. It’s a worthy and satisfying con­clusion to the Kingston story. I really enjoyed it, even if I’m a little sad that this is really the end. 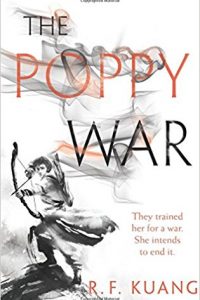