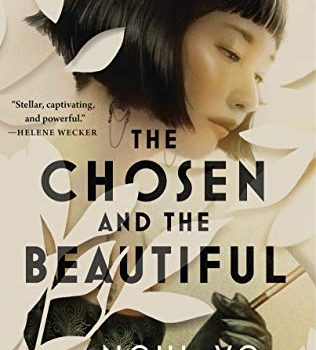 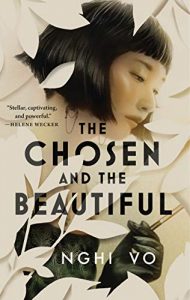 When the copyright protection of F. Scott Fitzgerald’s The Great Gatsby expired at the beginning of this year, the speculation was predictably rampant and occasionally dire. The tale of Gatsby’s fabulous but shady wealth, his giant parties, his pining for the love of Daisy (now married to a racist millionaire), all as told by the transplanted Mid­westerner Nick Carraway, is so familiar from movie versions and classroom assignments that it already seems to belong to anyone. Would Weiss and Benioff decide to send a grief-stricken Daisy back to East Egg to burn it all to the ground with a pair of pissed-off dragons? Would the narrator Nick Carraway find himself literally “borne back ceaselessly into the past,” as the famous last line of the novel has it, maybe ending up in Bridger­ton? I, for one, was never really concerned about the integrity of Fitzgerald’s original, since I regard it as one of the great American novels. I figured if Seth Grahame-Smith couldn’t do any lasting damage to Jane Austen, Gatsby would be safe.

What I didn’t expect was a fantasy novel that not only treats Gatsby with respect, but that ingeniously makes use of Fitzgerald’s plot and even swatches of his dialogue, not to critique or parody the original, but to find ways of expand­ing its scope to address contemporary anxieties. Nghi Vo’s The Chosen and the Beautiful does all of this. Being queer, being an outsider, being Asian, being a woman – these may not have been much on Fitzgerald’s mind, but they make sense in terms of Fitzgerald’s overall critique of American values, and at times they fit in almost seamlessly with that critique. For example, take the racist rant spewed by Daisy’s husband Tom: “The idea is if we don’t look out the white race will be – will be utterly submerged. It’s all scientific stuff; it’s been proved.” Vo keeps this speech word-for-word, including Tom’s touting a white supremacist book called The Rise of the Colored Empires (Fitzgerald’s lightly fictionalized version of an actual book by Lothrop Stoddard). But instead of Daisy responding “We’ve got to beat them down,” Vo has Jordan (more on her below) give the sarcastic retort “You’ve got to beat us down, of course.” It’s a clever shift, fully in keeping with Jordan’s outspoken nature, and it serves to advance her relationship with Nick, who shares her contempt for Tom. But it also reminds us that white supremacy hasn’t changed all that much during the past century.

The Chosen and the Beautiful is partly a re­thinking of themes, partly a way of finding roles for those excluded from the society Fitzgerald described, partly a critique, partly a secret his­tory, but mostly an augmentation of Fitzgerald’s novel from perspectives that were all but invisible to most American readers in 1925. Vo achieves this through a number of techniques, the most important of which is choosing as narrator Jor­dan Baker, the flapper-like golfer who is Daisy’s longtime friend and who becomes Nick Car­raway’s girlfriend (although she’s also Daisy’s lover in Vo’s version). I always thought Jordan the most interesting character in the original, partly because of some mysteries involving her past, and Vo takes full advantage of these mysteries by making her an adopted orphan of Vietnamese descent. In Fitzgerald’s original, of course, the narrator was Nick Carraway, the World War I veteran and Midwesterner, who is Daisy’s cousin and Gatsby’s neighbor, trying to make it as a bond trader in New York.

This change of narrator enables Vo to pull off some subtle maneuvers by placing many of her fantasy elements within the chinks of Fitzgerald’s version, sometimes simply by literalizing his figures of speech. When Nick first visits Daisy and Tom’s mansion, a light breeze is rippling Jordan’s and Daisy’s summer dresses, as though (Fitzgerald writes) “they had just blown back in after a short flight around the house”. In Vo’s version, Jordan reveals to us that they had indeed been flying about the house, thanks to a magical charm that Daisy owns. A fair amount of the fantasy in the novel seems just as ad hoc as this opening scene, and some of the most dramatic examples are saved for Jordan’s flashbacks, such as the evening of Daisy’s bridal dinner. Daisy is far too drunk to show up, so Jordan uses her magical paper-cutting skills to construct a kind of paper-robot double, which Daisy later kills with surprising brutality once its purpose is served – again, a kind of literal figuration of Fitzgerald’s line that Tom and Daisy “smashed up things and creatures and then retreated back into their money.”

But that sort of magic seems almost inno­cent compared to the ghosts and demons who hover in the background (with strong hints that demons take the place of gangsters in Gatsby’s background). We learn that people with infernal dealings, or who have sold their souls, are marked by a single black fingernail. Demon blood is an especially prized cocktail ingredient. But we’re also told that “fairy magic” is “draining out of the east and flowing west,” as in any number of magic-goes-away tales. None of this would work if Vo weren’t an unusually skilled and graceful stylist, who creates a voice for Jordan as distinc­tive as Nick’s in Fitzgerald’s original. That flying dragon does finally show up – but it’s made of paper by a young Vietnamese boy who shares Jordan’s abilities, and it serves as a sort of grace note to the understated but beautiful magic that Vo is able to work within the framework of an American classic. You probably needn’t have read Gatsby to enjoy Vo’s lively novel, but it’s a much richer experience if you have.