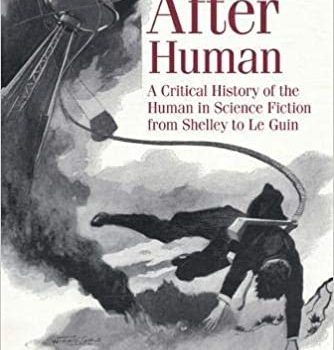 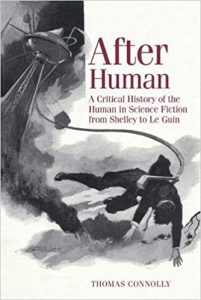 What is meant, or assumed to be meant, by human, non-human, and whatever division between them stands the test of various philosophical and science fictional thought experiments, falls centrally within this book’s ambit. As Thomas Connolly states in the Introduction to his dense and thought-provoking study, his goal is to “examine the ‘human’ as it has become a matter of intense thematic con­cern in works of Anglo-American SF from the nineteenth century to the 1970s.” He therefore dedicates part of his Introduction to grounding his line of inquiry in cultural theory, explaining why he sees SF as a posthumanist mode of litera­ture – “all SF is posthuman,” he says, “or, more accurately, all SF is engaged with recognizably posthumanist concerns” – and providing the details of the posthumanist model that serves as the basis for his close readings of selected texts. Critical posthumanism, he points out, “seeks to both interrogate and accelerate the collapse of the monolithic (that is, white, male, hetero­sexual, cis-gendered, and able-bodied) ‘human’ of European philosophical and cultural thought, and to explore the new possibilities for thinking about humanity, identity, technology, and nature that result from the ‘end of Man.”‘ Dualisms such as human–non-human, mind–body, and male–female, are, in this light, seen as “corrupt­ing” and in need of re-evaluation; the emphasis is instead on a “partiality of identities” that “cannot be resolved into either unity or duality.” Connolly invokes philosophical works by Martin Heidegger, Jacques Derrida, Jacques Ellul, and Lewis Mumford, among others, that comment on, interrogate, or mediate “the relationship between technology and nature.” Throughout, he uses the OncoMouseTM as a potent embodiment of the collapse of the traditional understanding of these two realms, as the tumor-producing mouse is both distinctly natural and simultane­ously the inarguable result “of the scientific and technological appropriations of nature that have been the hallmarks of western civilization since the scientific revolution.” Employing ideas by Paul Kincaid and Tom Shippey, Connolly understands SF as “something felt, rather than strictly defined” that habitually concerns itself with technology, making it “the ideal genre in which to examine the figure of the human and its construction in relation to technological and natural systems.”

Following these lengthy introductory mat­ters, the book is comprised of four central parts: “Worlds Lost and Gained”, “Soma and Skylarks”, “Homo Gestalt”, and “Disaster and Redemption”. Making use of Damien Broder­ick’s notion of “narrative archetypes,” these four sections probe, in chronological fashion, the “pre-human,” “trans-human,” “supra-human,” and “post-human” respectively, providing key examples of both classical and postmodern SF that benefit from inspection through a post­humanist lens. The texts anatomized in this fashion are Arthur Conan Doyle’s The Lost World and Jack London’s The Iron Heel in part one, Aldous Huxley’s Brave New World and E.E. “Doc” Smith’s Skylark series in part two, Isaac Asimov’s Foundation series and Arthur C. Clarke’s The City and the Stars in part three, and finally J.G. Ballard’s The Crystal World and Ursula K. Le Guin’s The Dispossessed. Thank­fully, these aren’t the only titles considered. Other obvious candidates for Connoly’s study, say Theodore Sturgeon’s More Than Human, also receive attention, albeit in more limited fashion. It’s beyond the scope of this review to cover the details of these central chapters, but I’ll offer a few personal highlights. I appreciate Connolly’s historical tracing of the “two lineages of hu­man” in part one, illustrating how attitudes and philosophical beliefs embedded in Mary Shel­ley’s Frankenstein and Jules Verne’s Voyages extraordinaires informed works by subsequent writers. Writing about the Skylark series, Con­nolly astutely teases out two distinct strands of “human”: “On the one hand, there is the fierce individualism and technological autonomy of Seaton – on the other, the communalism and universalism of the ‘human’ mind, by means of which all ‘civilized’ beings march towards teleological unity under the flag of intellectual and civilizational progress.” And one way to read the crystallization phenomenon in Ballard’s famous novel, he suggests, is “as a reflection of the alienating qualities of the scientific imagination.”

In the book’s closing section Connolly distills two fundamental approaches to the non-human in SF: one assimilative, essentially absorbing the non-human into human culture, the second transforma­tive, using the non-human to re-imagine and re-tool our own defaults. He reflects that “the ‘human’ thus comprises not a coherent figure in the history of SF, nor even a number of coherent figures, but rather a discursive site upon which may be projected any number of hopes and fears” of several enumerated categories, such as, for example, “the ramifications of technological progress.” He himself acknowl­edges that this may be “something of an evasion;” given the SF “megatext.” His conclusion, though, is perhaps inevitable, and didn’t come across as intellectually anti-climactic to this reader. Getting there is what stimulates. Complementing all the aforementioned are a Works Cited list that takes up some 20 pages and a robust Index.

Connolly’s writing style generally resists the exhibitionist turgidity sometimes found in works of this nature, but is perhaps still too freighted with references, quotations, and technical terms for read­ers allergic to academese. Besides researchers and scholarly commentators, After Human should ap­peal to anyone with an abiding interest in the novels mentioned earlier.

I note that when discussing the Foundation series, Connolly limits himself to the original trilogy, which feels like a missed opportunity, since sequels like Foundation’s Edge and Foundation and Earth explicitly develop ideas unexamined in the trilogy that are wholly germane to Connolly’s focus. As mentioned, the core of this study concerns itself with SF through the 1970s. This is a benefit in the sense that these works have had time to accrue rich bodies of critical writing with which Connolly can engage, but it also makes his study less adventurous and risk-taking than it might have been. In the conclu­sion Connolly does bring the proceedings up to date somewhat, with coverage of figures like Joanna Russ, William Gibson, Kim Stanley Robinson, Greg Bear, Ted Chiang, and Jeff VanderMeer, but this is perforce an abbreviated treatment. I wish one full chapter had been dedicated to a more free-spirited overview of contemporary works, and I would have liked to have seen mentions of writers like Charles Stross and Stephen Baxter, who have made significant contribu­tions to posthumanist tropes and narratives, in the conclusion. The discussion of Clarke’s work, I think, might have been enhanced by making reference to Gary Westfahl’s Arthur C. Clarke in the Modern Masters of Science Fiction series. Despite what must have been acute proofreading, I observe that Everett F. Bleiler is misnamed Everett F. Bailer.

Just as critical theorists have challenged us to de­vise a new framework that incorporates postmodern critical notions into our understandings of identity, so too Connolly’s analysis encourages us to reimagine SF genre identity by importing into our readings notions of posthuman cultural theory. Your degree of sympathy to this approach will likely depend on your particular attunement or lack thereof to these ideas. It’s hard to contest, though, that unlike the cyborg from Donna Haraway’s famous manifesto – a hybrid creature that resists synthesis and unity – Connolly’s perspicacious investigation illustrates the already-merged nature of SF and posthumanism, showcasing the rewards of a system of imaginative thought that recognizes their inherent and fecund integration. 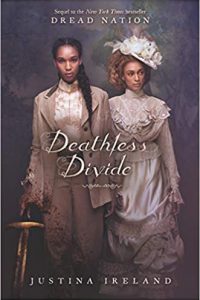 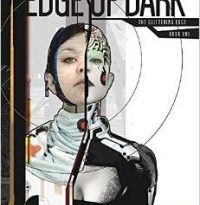