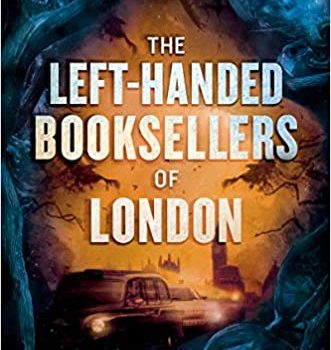 TOBIAS S. BUCKELL has joined Bluffton University in Bluff­ton OH as a full-time member of the creative writing faculty. He will be teaching writing and American Literature classes, and directing literary magazines Shalith and The Bridge. “I’ve ordered a jacket with leather patches, and expect your mental image of me to be updated accordingly!”

GARTH NIX‘s The Left-Hand­ed Booksellers of London (Allen & Unwin) won the Australian Book Industry Award in the Book of the Year for Older Children category, announced April 28, 2021 in an online ceremony.

JULIAN BARNES won the $10,000 Jerusalem Prize, given “to a writer whose work best ex­presses and promotes the idea of ‘freedom of the individual in society,”‘ announced May 3, 2021 during the online Jerusalem Inter­national Book Forum.

SUSANNA CLARKE‘s Pira­nesi (Bloomsbury) is one of six titles on the £30,000 Women’s Prize for Fiction shortlist, for “excel­lence, originality and accessibility in writing by women throughout the world.” The winner will be an­nounced on July 7, 2021 and will also receive a bronze “Bessie” trophy. Piranesi and JENNIFER NANSUBUGA MAKUMBI‘s The First Woman (One World) are on the five-title shortlist for the Encore Award, given by the Royal Society of Literature to the best second novel of the year. The winner receives £10,000, and other finalists £500, with results announced in late May 2021.

ALAN MOORE sold collection Illuminations and all five books in the Long London Series “about a timeless, shadow version of London” to Daniel Loedel at Bloomsbury in a pre-empt and Paul Baggaley at Bloomsbury UK at auction, both via James Wills of Watson Little.

MARTHA WELLS sold six books to Lee Harris at Tordotcom Publishing via Jennifer Jackson of the Donald Maass Literary Agency. This deal, the biggest yet from the imprint, includes three new books in the Murderbot Diaries series and three unrelated novels, beginning with fantasy Witch King.

R.F. KUANG sold Babel, or the Necessity of Violence: An Arcane History of the Oxford Translators’ Revolution, an alternate historical fantasy described as “a decolonial response to The Secret History and Jonathan Strange & Mr Nor­rell,” plus a second book to David Pomerico at Voyager in the US and Natasha Bardon at Voyager UK via Hannah Bowman at Liza Dawson Associates.

NGHI VO sold three books, be­ginning with Into the Riverlands, a collection of linked stories in the Singing Hills Cycle, to Ruoxi Chen at Tordotcom Publishing via Diana Fox of Fox Literary.

GENEVIEVE COGMAN sold Scarlet, Elusive, and Damned, a trilogy “that reinvents the tale of The Scarlet Pimpernel with the addition of magic and even more mayhem,” to Bella Pagan at Pan Macmillan via Lucienne Diver of the Knight Agency.

MAX SEECK sold two novels about “a Finnish police detective who is haunted by the occult forces that have shaped her dark past,” to Michelle Vega at Berkley in the US and Jon Elek at Welbeck in the UK via Rhea Lyons at HG Literary on behalf of Elina Ahlback of Elina Ahlback Literary Agency.

LEOPOLDO GOUT sold horror novel Piñata and another book to Kelly Lonesome at Nightfire in a pre-empt via Lisa Gallagher of DeFiore and Company.

PAUL DESTEFANO sold Un­lawful Possession – “AA for the possessed” – to Valerie Mathews at The Wild Rose Press via Bonnie Swanson of the Purcell Agency.

ABBIGAIL N. ROSEWOOD sold Constellations of Eve, a love story about the transmigration of souls, to Travis Snyder at Texas Tech University Press via Stacy Testa of Writers House.

AAMNA QURESHI sold a se­quel to fantasy The Lady or the Lion to Sue Arroyo at CamCat Books. Helga Schier will edit.

BRYAN PROSEK sold The Darker the Skies, sequel to The Brighter the Stars, to Sue Arroyo at CamCat Books. Helga Schier will edit.

ERIN RIHA sold YA Of Wind and Tide, sequel to But for the Mountains, and a second book to Kisa Whipkey at Reuts.

Debut author HADEER ELSBAI sold The Daughters of Izdihar and a second book in an Egyptian-inspired fantasy duology to David Pomerico at Voyager at auction via DongWon Song of Howard Morhaim Literary Agency.

BELLA HIGGIN sold first novel YA Belle Morte – first in a paranor­mal romance series inspired by The Count of Monte Cristo – and two more books to Deanna McFadden at Wattpad.

FRANK HERBERT‘s estate sold ebook rights to Dune, Dune Mes­siah, Children of Dune, Heretics of Dune, Chapterhouse Dune, and God Emperor of Dune to Marcus Gipps at Orion in the UK via Nora Rawn of Trident Media Group on behalf of Robert Gottlieb and John Silbersack.

TADE THOMPSON resold SF novel Far from the Light of Heaven to Nivia Evans at Orbit via Helena Doree of Little, Brown UK.

ROBERT FREEMAN WEX­LER resold The Painting and the City to Visible Spectrum. PS Publishing did the 2009 UK edition.

FREYA MARSKE resold debut A Marvellous Light and two se­quels in the Last Binding trilogy, “a murder-mystery, a comedy of manners and a delightful queer ro­mance” set in a magical version of Edwardian England, to Bella Pagan at Pan Macmillan UK via David Grossman of the David Grossman Literary Agency. Tordotcom is publishing in the US.

BRIANNA ROBINSON has been promoted to publicity manager at Wunderkind PR.

SEAN GRIGSBY sold Stars and Stripes, a tie-in to the Watch Dogs game, to Marc Gascoigne of Aconyte via John Jarrold of the John Jarrold Literary Agency.

Film rights to LEE GOLD­BERG’s post-apocalyptic novel The Walk went to Constantin Film via Mitchel Stein of the Stein Agency; Goldberg will write the adaptation.

This and more like it in the June 2021 issue of Locus. 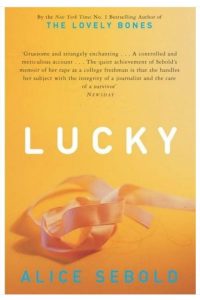