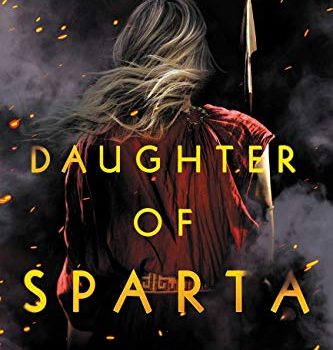 Young-adult reimagining of ancient Greek mythology, where a headstrong girl does whatever it takes to rise up and become the most powerful fighter her people have ever seen.

Fantasy novel, book one in the Quest for Heroes. The lone survivor of a dangerous mission to slay the Ice Lich is hailed as a hero and retires. Years later he is called to battle the forces of darkness once again, nobody realizing he’s actually a coward who got lucky.

Post-apocalyptic novel set in a world devastated by climate collapse. Jesse Vanderchuck, living in abandoned subway tunnels in Toronto, meets a talking dog and goes on a quest to find her long-lost little sister, spinning stories as she goes.

A grieving widower moves into a cave in the Pacific Northwest with his seven-year-old daughter who starts having visions of Ice Age people in the area.

Near-future SF/apocalyptic Western novel, the first in the Wyoming Chronicle series. Anthropology grad student Sam Delgado investigates a cave in the mountains with a group unprepared for outdoor life, just as America’s financial system collapses due to a cyber attack and the country falls apart.

Collecting City of the Damned, Kinslayer, and Slayer, plus the short story “Rememberers”. As the world burns around them, Gotrek and Felix are reunited to face enemies old and new. The truth of Gotrek’s ancient shame is revealed, and he faces his true destiny as Grimnir’s avatar in the mortal world . . . but tragedy awaits these heroes.

Contemporary fantasy novel, third in the Wayward Mages series. Tessa Andrews must learn to balance the magical and mundane worlds.

A frontier doctor on a remote world attempts to atone for her past by rescuing a teen girl from a crashed spacecraft, but the girl is actually a genetically engineered supersoldier, and the crash was an assassination attempt.

Magical realism novel about young men touring magical places from Egypt’s past. Translated from the Arabic by Robin Moeser.

A deadly underground game might just be altering reality itself in this all-new adventure set in the world of the Rabbits podcast.

O’Donoghue, Caroline: All Our Hidden Gifts

Maeve’s strangely astute tarot readings make her the talk of the school, until a classmate draws a chilling and unfamiliar card — and then disappears.

The cards initially are just a hobby, something some internet research quickly teaches Maeve how to master. She’s canny enough to realize it’s all coming just a bit too easily, but as she starts reading cards for her classmates, she becomes more and more comfortable with sending out pithy pronouncements about everyone’s future. Alongside her classmate Fiona, a fan of the cards who acts as Maeve’s business manager, it’s all just harmless fun, but then the forbidding Housekeeper card makes an appearance and Maeve realizes that nothing about these cards is casual. Then, under some ugly peer pressure, she does a reading for Lily, and the Housekeeper shows up, with cata­strophic results.

O’Donoghue doesn’t let Maeve off the hook, and Lily’s story ends up being more complex than it initially appears. There is definitely a series potential here and, with so many things still to learn about these characters, I hope that the author follows up on that promise.

Reid, Ava: The Wolf and the Woodsman

Fantasy novel inspired by Hungarian history and Jewish legends. A woman with hidden powers and a one-eyed Woodsman battle a tyrant.

Young-adult contemporary fantasy novel. Two sisters are raised to be dragon slayers, but find themselves on opposite sides of the conflict when one sister forms an unlikely magical bond with a dragon.

Epic fantasy novel, inspired by Indian history. The first in the Burning Kingdoms trilogy. A ruthless princess and a powerful priestess come together to rewrite the fate of an empire.

Sequel to The Golem and the Jinni. Chava is a golem, a woman made of clay, who can hear the thoughts and longings of those around her and feels compelled by her nature to help them. Ahmad is a jinni, a restless creature of fire, once free to roam the desert but now imprisoned in the shape of a man. Fearing they’ll be exposed as monsters, these magical beings hide their true selves and try to pass as human—just two more immigrants in the bustling world of 1900s Manhattan. Brought together under calamitous circumstances, their lives are now entwined—but they’re not yet certain of what they mean to each other.

Wecker delivers a satisfying, mature sequel to The Golem and the Jinni, continuing the magical story of two immigrant mythological characters from the turn of the 20th century to the outbreak of WWI. Golem Chava Levy and jinni Ahmad al-Hadid renew their friendship in 1900 upon Ahmad’s return to New York City. Soon, their nighttime walks lead to romance. Meanwhile, heiress Sophia Winston travels incognito to the Middle East seeking a cure to her chills, a remnant of her own brief romance with Ahmad. Toby, the young son of Chava’s former co-worker Anna Blumberg, was only present in utero during the climactic events of the first book, and now has questions about Anna’s past. For Chava and Ahmad, their opposite natures both attract and repel, dooming the relationship. Chava then enrolls at Teachers College, and Ahmad throws himself into his work as a metalsmith, holing up in a downtown building to create a mysterious masterpiece. New characters, including another golem and a young female jinniyeh, and historical touchstones such as the sinking of the Titanic, drive the plot. Whereas the first installment was a propulsive battle of good versus evil, this delightful entry is more serialized storytelling α la Dickens. Throughout, Wecker pulls off an impressive juggling act with the many characters, all of whom are well positioned for another sequel.

Collection of selected stories of magic, metaphysics, and horror that were written by a Chinese paranormal investigator in the 18th century. Ji Yun intended these tales to be both entertainment and an occult technology that awakens readers to new dimensions of reality. Translated by Yi Izzy Yu & John Yu Branscum.

The Internet of Things is starting to emerge. You can tell it’s just starting, because we’re still using the ungainly name ‘‘Internet of Things.’’ It’s one of those coinages that tells you that we don’t know what a thing is or what it’s for, like ‘‘horseless carriage’’ or ‘‘3D printer.’’ But there’s one thing we do know about the IoT: it involves a lot of sensing. The IoT is what