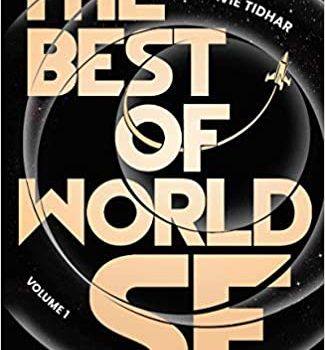 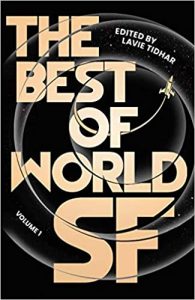 In his incisive introduction to The Best of World SF: Volume 1, a kind of follow-up to the Apex Book of World SF volumes, which appeared over nearly a decade until 2018, Lavie Tidhar takes ironic note of the various meanings of “world science fiction” over the years. Originally a grandiose term for whomever showed up in New York in 1939 for a tiny fan convention which happened to take place during a World’s Fair, the name Worldcon stuck forever, even though for decades it basically meant Anglo-Americon. Not until 2015 did Worldcon’s highest award go to a novel that was not originally written in English. A loose organization of professionals in 1976 called itself World SF, more social than literary, and in 1986 two of its founders, Brian W. Aldiss and Sam Lundwall, edited The Penguin World Omnibus of Science Fiction, which Tidhar mentions as one of the few anthologies of international SF of the last 35 years (by which I assume he means worldwide, since there have been a number of international anthologies focusing on specific regions). In comparing the contents of that 1986 volume to Tidhar’s current anthology, a couple of things become apparent. Few contemporary readers would recognize more than a handful of names from the Aldiss/Lundwall, and those are likely to be the British and American contribu­tors. Tidhar includes no US authors at all, and yet easily a dozen of the names will be familiar to anyone following the field over the last decade. Some have already been widely honored. The lead story, Aliette de Bodard’s “Immersion”, a marvel of transforming a simple tale of a family restaurant facing a huge order into an exploration of cultural appropriation and enhanced-reality tech, won Nebula and Locus Awards, while the final selection, Zen Cho’s “If At First You Don’t Succeed, Try, Try Again”, was a Hugo winner (an endearing tale of an aspiring dragon and a failed academic, it’s one of the few fantasies here). These and other contributors – Chen Qiufan, Vandana Singh, Tade Thompson, Hannu Rajaniemi, Ekat­erina Sedia, Lauren Beukes, Karin Tidbeck, Silvia Moreno-Garcia, Tlotlo Tsamaase – have given us deservedly high-profile and award-winning books.

What all this means is not just that the recogni­tion of international SF has come a long way since 1986, but that an anthology such as this no longer needs to serve a missionary purpose. By now, no one should really be surprised that there are SF writers in Botswana or Malaysia or Brazil, and no one should be naïve enough to assume that any particular story somehow “represents” a national tradition. The result is that Tidhar, mostly freed of such diplomatic expectations, can make more personal choices. “Hey, it’s my anthology,” he says, “I’m allowed to have fun.”

As a result, so do we. In fact, while several stories do make use of regional politics (such as Chinelo Onwualo’s “What the Dead Man Said”, which locates a painful family drama in the context of future Nigerian/Biafran politics) or folklore (such as the Icelandic world of hidden creatures in Emile Hjörvar Petersen’s “The Cryptid”), others seem pointedly in dialogue with classic SF, something also often evident in Tidhar’s own fiction. As Tidhar notes in his story introduction, Han Song’s “The Wheel of Samsara”, which involves a young Martian scholar who brings her skeptical father to visit a Tibetan monastery where the titular wheel has been discovered, clearly re­calls Clarke’s “The Nine Billion Names of God”. In Vina Jie-Min Prasad’s “Fandom for Robots”, one of the funniest selections in the book, the title robot Computron seems to borrow its name from one of the Transformers, although it’s actually a vintage 1954 sentient robot – residing in the Simak Robotics Museum – which finds itself drawn into anime fandom, while the story’s clever footnotes refer to scholars named Rossum, Bloch, and Wil­liamson. Ng Yi-Sheng’s “Xingzhou” – the title may refer to a Chinese term for Singapore – is almost manically inventive, beginning with the narrator’s grandfather leaving China in the 19th century and ending up with a power struggle in the fabulous, light-drenched continent of Xingzhou. But SF readers will delight in spotting ansibles, Vulcan lutes, sonic screwdrivers, positronic brains, Trisolarians, Tralfamadorians, and Pan-Galactic Gargle Blasters, not to mention Yog-Sothoth and assorted Elder Gods.

At the same time, some familiar SF tropes get repurposed or implicitly critiqued. Asteroid min­ing is hardly a new thing, but the workers in Chen Qiufan’s “Debtless” are caught in a nightmare, indenture even coded into their genes, and undergo memory erasure to make them more pliable. The time-traveler from the future is an even older con­vention, but in Tade Thompson’s “Bootblack” he arrives during the race riots in post-WWI Cardiff (something I learned about for the first time here). Uplifted animals have seldom had as sophisticated a treatment as Hannu Rajaniemi offers in “His Master’s Voice”. The idea of the living spaceship is given a rather lovely romantic turn in Karin Tidbeck’s “The Last Voyage of Skidbladnir”, while Lauren Beukes turns the classic setting of the fecund jungle planet into a horror tale – both corporate and visceral – in “The Green”. Prob­ably the closest approach to space opera shows up in R.S.A. Garcia’s “The Sun from Both Sides”, though you’d never guess it from the modest, fable-like setting at the beginning of the story; structurally, it’s the boldest narrative gesture of all the stories here. In Tlotlo Tsamaase’s “Vir­tual Snapshots”, both climate change and the migration to “Digiworld” are portrayed from the grim perspective of a poor village in Botswana. In one almost plaintive passage that seems to be addressed directly to reader preconceptions, Tsamaase’s narrator says, “We understand tech­nology. We sit at computers and understand what we type. Our cars are not donkey carts. Our houses have corners, and we don’t have lions or animals of the wild parading the city centre, but some men are more beasts than human.”

As might be expected, the selections are a mix of stories written in English, translated by others, and translated by the author. Of the latter, the best (and the best of the four stories original to the an­thology) is Francesco Verso’s “The Green Ship”, involving an idealistic effort to rescue climate and political refugees. Several selections are worth noting, though, for the sheer beauty and grace of the writing. Not surprisingly, one is by Vandana Singh, whose “Delhi” is a haunting account of a man plagued by visions of figures from different eras, who consults a mysterious computer oracle for help. In Fabio Fernandes’s “The Emptiness in the Heart of All Things”, a murder investiga­tion leads to a transformative encounter with a reclusive writer living in the Amazon basin, with overtones of a local legend of a cursed, shape-changing woman (along the way, Fernandes’s characters offer some acute critical insights on westerns, of all things). Kofi Nyameye’s “The Old Man with the Third Hand” is a moving tale that explores the liminal space between material fan­tasy and mental illness, with a brief nod to Cthulhu along the way. The protagonist of Silvia Moreno-Garcia’s novella Prime Meridian, adrift in an unstable gig economy in a near-future Mexico City, balances her dreams of becoming a botanist on Mars with her day job as a paid companion to a faded B-movie actress, a sort of low-rent Norma Desmond, whose career had been largely defined by tacky SF flicks. Stories like these are the ones you sometimes want to foist upon readers who claim not to like SF, and The Best of World SF: Volume 1 reminds us that such stories can come from anywhere these days, if only we get to see them. I look forward to future volumes. 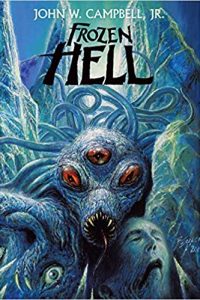