The 41st International Conference on the Fantastic in the Arts (ICFA 42) took place virtually March 17-20, 2021, with a theme of “Climate Change and the Anthropocene”. Academics, writers, publishers, editors, artists, students, independent scholars, and more participated, with a record 555 people registered (compared to 2019 with 480 attending), and about 340 either presenting a paper or appearing on a panel (up from 285 in 2019). Jeff VanderMeer was the guest of honor, with guest scholar Stacy Alaimo. Stacy Alaimo also received the IAFA Distinguished Scholarship Award.

Many panels and papers related directly to the theme, while others covered a variety of subjects, from superheroes to “Monstrous Infection: Open and Closed Pandemics in Film and the Cultural Fears They Reveal”. Papers included “There are Black People in the Future: Fast Color, Black Futures, and Radical Ecologies”, “Undead, with an MFA: The ‘Literary’ Zombie”, and “Terradeformation: Unsettling Environments, Knowledge, and Control in Recent Speculative Fictions”.

A Discord server approximated the camaraderie found around the hotel pool with video chat “Poolside Cabana” channels. VanderMeer’s keynote presentation, “Too Late/Not Too Late”, addressed the dire state of climate crisis and ecosystem collapse in our nation and around the world, reminding us that individual actions still have import: “I like rewilding as an idea because it’s a small idea in certain contexts, but it can have a wide application if many people do it. You can participate by growing wildflowers on your balcony that give nectar to a hummingbird passing through on migration. You can participate just by leaving dead wood and logs on property. You can not mow your yard, not rake your leaves… I’m wary of elitist approaches to environmental causes, but for rewilding as a concept, there is a very low barrier to entry.”

IAFA President Dale Knickerbocker said, “Among the highlights were the plenaries by our guests. Our guest scholar, Stacy Alaimo from the University of Oregon, presented ‘Fantastic Speculations: Sea Creatures and Biodiversity in the Anthropocene’. Our guest author, Jeff VanderMeer, gave a reading from his just-released novel Hummingbird Salamander, followed by an animated question-and-answer period…. Last June the board created a committee to organize a caucus of Black, Indigenous, and People of Color in the IAFA. Its goal was to suggest measures to make the organization more diverse and welcoming. The initiatives were proposed and discussed at the BIPOC organizational meeting Thursday, with 71 people in attendance between BIPOC IAFA members and allies. These included a permanent BIPOC panel along with other BIPOC programming, awards for BIPOC authors and scholars, and a mentoring program…. At its conference meeting, the IAFA board agreed to put up $3,000 start-up funds for the BIPOC Caucus, and an anonymous donor pledged $1,000. The BIPOC leadership, Taryne Jade Taylor and Isiah Lavender III, and the board are working on bylaws for the caucus and revising the IAFA bylaws to recognize it, with the goal of the group’s official constitution in June. The BIPOC Caucus has already attracted 90 members!

“The Black, Indigenous, and People of Color Caucus started with a bang, as the very first plenary of the 42nd ICFA was ‘Indigenous Sciences, BIPOC SF, and Environmental/Restorative Justice’, consisting of Joy Sánchez-Taylor, Grace Dillon, Isiah Lavender III, Taryne Jade Taylor, and Andrea Hairston, attracted 126 attendees and prompted vigorous discussion. It also offered a second panel of primarily authors, ‘Writing the Unsaid’, which included Alexis Brooks De Vita, Joyce Chng, Usman Malik, Mimi Mondal, and Erin Roberts. The 9:00 p.m. session, attended by 53 people, lasted an hour past its scheduled end as participants and audience not only discussed writing as BIPOC authors, but shared many personal and quite moving experiences.”

Sunday evening featured the awards. IAFA president Dale Knickerbocker opened the evening with a land acknowledgement of the Seminole and Timucua peoples, a denouncement of Asian and Asian American hate, and a thank you to organizers and judges.

Andrea Hairston presented the Imagining Indigenous Futurisms Award to Lennixx-Nickolai Treat Bad Moccasin for “The Box”. The author thanked Hairston and Grace Dillon, and spoke to the crucial role of kinship and compassion.

Gary K. Wolfe spoke about the history of the Crawford Award for the Best First Fantasy Book, particularly its connection to Andre Norton, and said, “We pride ourselves on finding writers before anybody else does!” He presented the award to Nghi Vo for novella The Empress of Salt and Fortune, saying it was “widely praised not only by our panelists but by other authors, such as Zen Cho, whose description I think is probably the most accurate: an epic in miniature.” Vo expressed gratitude, and said, “The privilege of dreamers of every sort is to imagine a better world and, at the same time, dreams have never, ever been enough. If with one breath we address issues of racism, violence, empire, and climate disaster, with the next we must demand solutions, and create them, from nothing if necessary.”

Terry Harpold presented the Jamie Bishop Memorial award for Maria Beliaeva Solomon’s work, “Where his hand pulled him: the haunting of the secondary in The Enchanted Hand“. He also presented the Walter James Miller Memorial Award for Student Scholarship in the International Fantastic, which went to Natalie Deam for “Bones, Fossils, Fantasies – Reconstructing Fantastic Natural Histories of Species, Extinction, and Race in Jules Verne”.

The Lord Ruthven Society Awards were announced by Amanda Firestone. The fiction award went to The Southern Book Club’s Guide to Slaying Vampires, Grady Hendrix (Quirk); non-fiction to The Global Vampire: Essays on the Undead in Popular Culture Around the World, Cait Coker, ed. (McFarland); a special award to miniseries Dracula and a special award to The Journal of Vampire Studies.

Sheila Williams, editor of Asimov’s, announced the winners, runners-up, and honorable mentions of the Dell Magazine Award for Undergraduate Excellence in SF and Fantasy Writing. First place went to “My Gardening Journal: Tales from a Psychic Gardener” by Jazmin Collins. First runner-up was Samuel Owens for “The Piano Player”.

The next ICFA will be held March 16-19, 2022 at the Airport Marriott in Orlando FL, with the theme TBA. Rebecca Roanhorse will be the guest of honor, with guest scholar Farah Mendlesohn.

This report and more like it in the May 2021 issue of Locus. 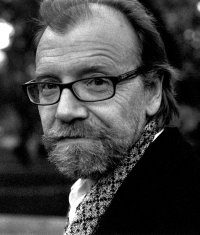