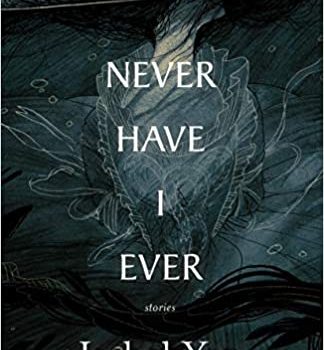 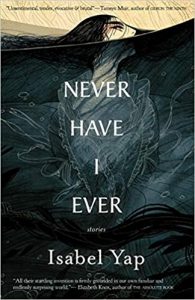 Isabel Yap’s debut collection Never Have I Ever offers a wide variety of stories. They range from the definitely horrific “Good Girls” (The Retreat is a place intended to reform bad girls; whether it works on its young inmates is, in general, an open question, but it definitely doesn’t work for the monstrous Kaye) to the science fiction of “Milagroso”. (In the near future, manufactured food is tasty and both more affordable and more nutritional than the real thing. Still, people yearn for the natural and thrill when, with an annual miracle, a saint allows a taste of the old.) In the moving “Cup of Salt Tears”, Makino, who grieves for her terminally ill husband, was saved from drowning as a child by a kappa (a Japanese river monster that can be benign). Now her husband is dying, and the kappa reappears to assert his love for her. This is a modern fairy tale about bargains. “Have You Heard the One About Anamaria Marquez?”, set in a Filipino girl’s school, is a chilling urban-legendish tale about ghosts. “Syringe”, which appears here for the first time, is short and science fictional: a future where medical personnel are efficient robots/androids with limited empathy. I liked “Asphalt, River, Mother, Child” so much, I chose it for The Year’s Best Dark Fantasy and Horror: 2019. Mebuyen, a psychopomp of sorts, “has spent eternity not being soft” and assures the three murdered young souls who come her way that, in the afterlife, they “can be who you are there…[the] way you are here.” She also must deal with the policeman, who has a conscience, who killed them thinking he was enforcing a “war on drugs.” “Hurricane Heels (We Go Down Dancing)” is part of a series (I’ve not read the others) about five young women, enlisted as girls at summer camp by a goddess who has gifted them objects of power. By the time of this story, they’ve been protecting the world from the forces of darkness for a decade. Now one of them is getting married, and her bachelorette party becomes yet another occasion to save the world. It is a great deal of fun, and I’m probably not the only one who will be inspired to seek out the other tales. In “Only Unclench Your Hand”, a city girl from Manila retires to the country to study for her entrance exams for law school. She encounters dark powers there she’d never knew existed. “How to Swallow the Moon” is a beautiful novelette that combines a love story with legendary fantasy and a moon-eating monster. “All the Best of Dark and Bright” is also based in legend, that of the Philippine creation myth of Malakas and Maganda, parents of all the races of humankind. Young Ramona tells her little sister Rhea a story about a woman named Susan running away from a man without a nose in “Misty”, and real-life horror meshes with the fictional, or does it? I’ve saved the best for last. Two original novellas: “A Canticle for Lost Girls” and “A Spell for Foolish Hearts.” In the former, three girls who “spent most of our time at St. Agnes not being friends, hurting each other in that special way young girls do…. love each other now only because we called the dark as one voice” just before their junior year of high school at a spiritual retreat. Now grown, they are all successful women; CJ and Tisha are honorary aunts to narrator Raquel’s nine-year-old daughter Andy. “A Spell for Foolish Hearts” – set in a modern San Francisco where magic exists but isn’t exactly a big deal – is one of the most charming paranormal romance stories I’ve ever read. It has superb characters from the supporting level to the gay-but-virginal protagonist Patrick who falls hard for the flirtatious Karl. A wondrous and impressive collection from a gifted writer with a fresh voice. 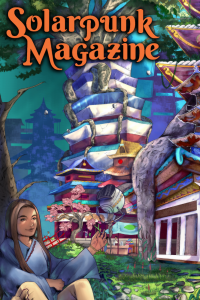