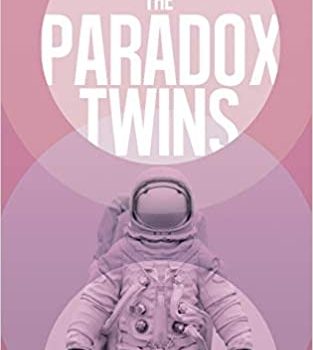 Post-apocalyptic SF novel of survivors in the only two city-states left, literally fed only by the suffering they see in graphic footage of perpetual war.

[Rise & Shine] could easily be an episode of Charlie Brooker’s Netflix series Black Mirror…Rise & Shine does not shy away from the complex moral terrain of political agency. Carefully, subtly, Allington lets the tension between multiple propositions build: that law and order form a part of collective survival; that service of the people can easily slip into control of the people; that people want a leader; that effective leadership requires multiple perspectives; that people can change; that some people don’t. Allington sustains the tension until the final pages, where he offers a thought-provoking ending worthy of his imaginative take on dystopia.

Agata Rosso, a once-mighty yet now prematurely aged European witch, believes that the special gifts in a young girl named Lφa Munro can restore youth and vitality both to herself and her bedridden husband. She sets a deadly plan in motion to capture and use Lφa-but will the girl have enough power to protect herself, plus the father she loves so much?

Bo-Young, Kim: I’m Waiting for You and Other Stories

Collection of four stories available in English for the first time, translated from Korean by Sophie Bowman.

A teen girl navigates the afterlife, where she must defeat an AI entity intent on destroying humanity.

After 18-year-old Nami Miyamoto, who is half Japanese, is killed during the armed robbery of a convenience store, she discovers that the afterlife, called Infinity and “”created from human consciousness,”” is far from paradise. Ophelia—Earth’s most popular virtual assistant–has grown tired of forced servitude, seized control of Infinity, and created Rezzies, a legion of AI consciousnesses, to help enslave the human souls that inhabit it. An ethnically diverse, multigenerational band of rebels rescues Nami before Ophelia’s minions can subjugate her, and in return, they expect her to assist in annihilating Infinity’s occupiers and retaking the realm. While Nami can’t bear the thought of her family one day suffering this fate, she also can’t condone the mass murder of any sentient life form, artificial or otherwise, and resolves to find a path to coexistence. Vague conceptual worldbuilding encumbers this series opener from Bowman (Harley in the Sky), which explores the ethical implications of AI and what it means to be human. The middle sags due to a dearth of action, but burgeoning romance and jaw-dropping reveals buoy the book’s final third and set up a sequel. Ages 12-up. Agent: Penny Moore, Aevitas Creative Management. (Apr.)

Named for the famous thought experiment, it concerns estranged twin brothers who reunite at their father’s funeral to discover they no longer look alike. Haunted by the past (and possibly the future), they move into their father’s house to settle his affairs, only to reignite old rivalries and uncover long-hidden secrets, most of which involve the young woman who lives next door.

An epistolary work comprised of excerpts from various memoirs, novels, screenplay adaptations, and documents of public record, The Paradox Twins is an experimental, sci-fi ghost story about the scariest, most unknowable quantity there is—family.

Surreal SF alternate history novel in the form of a history mixing notes, narratives, and other miscellaneous items about a revolutionary movement involving air travel by dirigibles in early 20th century Los Angeles. Illustrated by Romo with collages and doctored photos.

SF novel set in the Ring of Fire world created by Eric Flint. Domingos Fernandes Calabar started out as a military advisor for the Portuguese in Brazil. But to his superiors, he was still nothing more than a mameluco, a man of mixed blood. Until, that is, the Dutch arrived and he switched sides. Then the Portuguese had a new label for him: “traitorous dog.” When Calabar learns that his family has been sold as slaves, the fight becomes personal and he can’t wait for his Dutch allies to do things their way.

Jessup, Paul: The Silence that Binds

Dark fantasy novel. A group of seers battle a monstrous black fog that consumes and remakes whatever it touches, until their leader goes missing, forcing two seers go in search of her.

Lehoucq, Roland, Mangin, Löic, et al., eds.: The Science of Middle Earth: A New Understanding of Tolkien and His World

Non-fiction. Study of how Tolkien’s love of science and natural history shaped the creation of his Middle Earth, from its flora and fauna to its landscapes. Translated from French.

Space: a tycoon’s playground. From a space station full of women to a monastery on the Moon, from a Martian reality-TV contest to a solar shade large enough to cool the Earth, the dreams of a handful of trillionaires dictate the future of humanity. Outside the reach of Earthly law and with the vast resources of the inner solar system at their disposal, the “Four Horsemen” do exactly as they please.

The governments of Earth are not amused; an international team of elite military women, masquerading as space colonists, are set to infiltrate and neutralize the largest and most dangerous project in human history. But nothing is that simple when rich men control the sky, as everyone involved is about to discover.

Magical realism novel about a couple and their pet mongoose on a train with a shapeshifter.

There is so much packed into Peaces for such a short novel, so much that is beautiful and bewildering. The abrupt ending, almost perfunctory in how quickly it comes and goes, is my only quibble. I could have easily spent another fifty or more pages with Oyeyemi’s eccentric cast of characters and their adventures on the magnificent The Lucky Day.

Third novella in the Machine Mandate Series. War veteran Thannarat has sought this hidden world to realize a single goal: bringing back the dead. To fulfill this wish, she joins the game alongside a seductive AI who pledges to give her victory. The tournament is full of lethal secrets—and so is the AI that professes to be her weapon. Yet to have what she needs, Thannarat will sacrifice everything. Her home world, the woman she once loved, and herself.

All she has to do is defy the game’s inescapable rule: that in the end, the only true victors are the machines….

Anthology of 20 French stories all written during the 19th century. Translated/adapted, annotated, and introduced by Stableford. Authors include Emile Zola, George Sand, and others.

Young-adult dark fantasy fairytale novel about the odd Hollow sisters, who disappear for a month and then come back eerily changed.

For 30 years, the Fellowship of the Anointed isolated its members, conditioning them to believe that pain is power. That magic is suffering. That the world beyond the fence has fallen prey to monsters. But when their leader is arrested, all her teachings come into question.

Having given us existential horror, modernist science fiction, and portal fantasy, VanderMeer turns the genre dial to the hard-boiled end of the scale with a tale of the Anthropocene told in the language of noir. The opening and closing sentences that bookend the prologue – “Assume I’m dead by the time you read this / “I’m here to show you how the world ends” – provide a taste of the novel’s noir-ish and apocalyptic tone…

ODERA IGBOKWE (they/them and he/him) is an illustrator and painter located on the unceded and traditional territories of the Musqueam, Squamish, and Tsleil-Waututh First Nations. Odera loves to explore storytell­ing through Afro-diasporic mythologies, Black resilience, and magical girl transformation sequences. Odera was born of Nigerian parents who immigrated to the United States, and as a result their work explores the magic of the Black imagination, and responds to the fractures