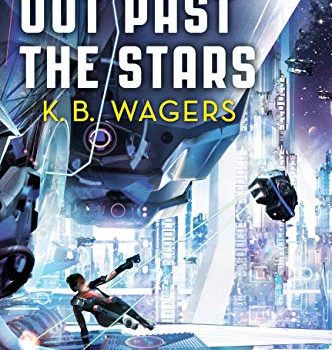 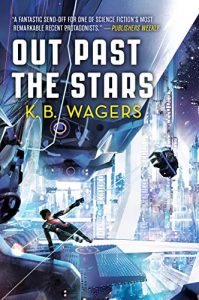 It is often difficult to begin a review of the third volume in a trilogy, particularly when, as with K.B. Wagers’s Out Past the Stars, it is the third volume of the second trilogy to star its protagonist and her world. Behind The Throne, After the Crown, and Beyond the Empire are the story of how Hail Bristol, former gunrunner, ascended to the throne of Indrana and kept it in the face of civil war and assault by her enemies. There Before the Chaos, Down Among the Dead, and now Out Past the Stars bring Hail into wider conflict, including with her Farian al­lies and the beings that they worship as gods, and see her forced to deal with a significant amount of personal trauma. There’s a lot of history building up to this conclusion.

Hail’s first confrontation with the Farian gods took place at the end of Down Among the Dead. These so-called gods have a fundamental place in Farian culture, and are at the heart of a schism that separates the Farian and the Shen, ancient enemies and ancient kin both. Hail has forged an alliance – a friendship of sorts, despite many challenges – with the Shen leadership, though they are in fact responsible for her spending a long time believing that her closest friends and comrades had died. The Farian gods, it turns out, are exiles (possibly criminals) from a species called the Hiervet, a species that was old before humanity evolved. The only records of the Hiervet are held by a people who were so horrified by the war that they turned to pacifism as a way of life.

According to the Farian gods, their people are coming for them, and may well destroy everyone who stands in their way. But there are more secrets and more lies in this history – and in the present – and Hail may be the only one who can find a way to win truth, and peace, out of chaos and conflict.

The hallmark of Wagers’s space opera so far has been their gift for meaningful action, strong characterisation, and delightful banter. All of those are on display here: tense action scenes, both in ship battle and on the ground, are lent mean­ing and force – all the more compelling – for the choices of the characters, their interactions, their believability and appeal. There are a lot of char­acters, as befits a sprawling space opera that has expanded to two trilogies, though, as ever, Hail is at the centre – Hail, and the new, fresh trauma that she’s growing through and healing from, who has to reconcile what she’s done and what’s been done to her with what she wants to prioritise in the future she’s a pivotal figure in creating. Add her growing relationship with Mia, one of the joint Shen leaders, when Mia is convinced that one or both of them must die in order to secure peace and victory.

Out Past the Stars is an emotional, compel­ling conclusion to Wagers’s Farian War trilogy, touching and entertaining in equal measure. I’m a fan, and I’m definitely up for more. 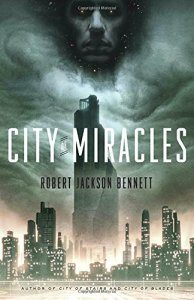