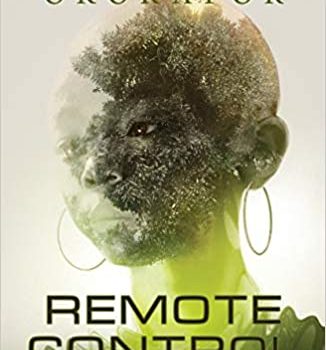 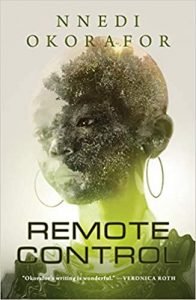 Nnedi Okorafor’s Remote Control is a dark fantasy with Africanfuturistic elements that explores life, death, and loneliness while chronicling a few years in the early life of young girl who becomes the Angel of Death. Easy to read, emotionally gritty, and wildly imaginative, this is a short novel that takes readers into that wonderful place in fiction where genres collide and great character development leads to unforget­table protagonists.

Fatima spends her days up in a tree, looking at the sky and battling bouts of malaria. The stars often look like words to her, so she writes them on the dirt under the tree. One day, something other than words comes from the sky. A strange green light falls on her town, and then the earth gifts her a box with a strange seed inside it. The box becomes Fatima’s most beloved possession, and then her father sells it and, just like that, her box is gone. However, things don’t go back to normal. The green that fell from the sky and the strange seed in the box gave Fatima something more powerful than a toy and, in the aftermath of the box’s disappearance, she loses herself and her family. She emerges from that with no recollection of her name and with the power to kill. Fatima, the sweet, sick girl is replaced by Sankofa, the adopted daughter of Death. With her new power and a fox following her, Sankofa begins a journey in search of her box and herself, and Death comes with her.

Remote Control is a coming-of-age narrative that explores solitude and grief. Okorafor is a great storyteller with a knack for bringing complex feel­ings to the page in ways that make them simultane­ously unique and universal. Sankofa’s journey in search of her box is also a journey of self-discovery in which she’s exposed to the pain of her past as well as the ugliness of the world. Furthermore, there is a smart exploration on the complex nature of death here. On one hand, Sankofa is an angel that takes away the pain of those on the edge of death due to incurable illnesses. On the other, her power is a defense mechanism that sometimes obliterates people because they threaten her. As she learns to control the green light inside her, the power that kills everything in its path, Sankofa learns to cope with the events that befell her and accepts that solitude is her best option.

Over the weeks, Sankofa learned that she couldn’t drive in vehicles or touch digital windows or mobile phones, she couldn’t even touch jelli tellis because something about her killed technology. She was young and alone, yet she was dangerous.

Sankofa is a memorable character. In many ways, she is a child. In others, she is a supernatural being that can destroy humans in a second, leaving behind nothing but a single bone. She is incredibly strong, but also insecure. She understands and accepts what she is, but she also wonders why it had to happen to her:

Sankofa frowned, irritably thinking, I’m not a djinn. She pushed away her annoyance because she had questions. “Why did Allah make me this way? What did I do?” She thought of the seed in the box and how her father sold it off without a thought, how the politician had died soon after buying it, and how the abilities the seed gave her seemed to have corrupted in its absence. For the mil­lionth time, she wondered if Allah had wanted her to fight harder for it. To stand up to the politician and even her father. But who stood up to one’s father?

Remote Control is the kind of narrative that seamlessly blends together the best of various genres. This is science fiction that’s also a coming-of-age tale and, at times, a road novel, a survival narrative with elements of fantasy. Despite the plethora of enjoyable elements present, what truly makes it a satisfying read is Okorafor’s writing. Okorafor has a deep understanding of human nature and knows the ways a single element can make someone an Other even within their own culture. However, despite putting people at the core of the narrative, she also finds space in this relatively short novel to talk about things like grief, guilt, and even a few critiques of technology (“Everything’s collecting data”).

Ultimately, Remote Control shines because it is the story of a girl looking for a seed who is herself the seed of a powerful woman, a woman who walks alone without fear because every­thing she needs to survive is contained within her. Okorafor’s work often presents us plausible futures in which humanity is still at the center of everything, and this is a great addition to her already stunning oeuvre. 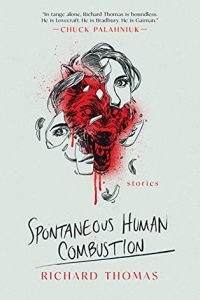 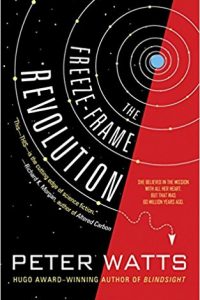 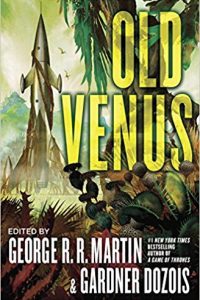