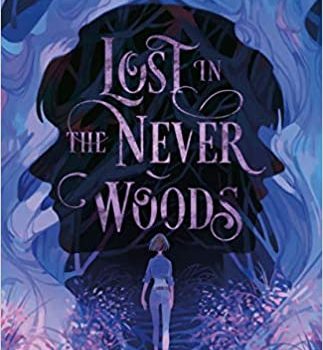 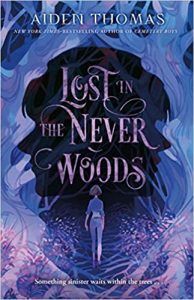 We all know the story of Peter Pan. It’s the kind of cultural phenomena that seeps into our bones at the earliest of ages. We learned it from a movie, someone read it to us, or we caught a glimpse of Tinker Bell on a backpack or T-shirt and had to know more. Because of this regular immersion in Neverland since childhood, when we approach a novel based on Peter Pan we think we know what to expect. And when we discover, as we do in Aiden Thomas’s Lost in the Never Woods, that the main character is named Wendy Darling and that she tells stories about a boy named Peter, well, we think we know exactly what is going to happen. Indeed, through each chapter of Never Woods I expected the characters to travel to Neverland and waited for someone Captain Hook-ish to appear as the villain. That is not what Thomas is doing here, though, and readers are in for a twist on the classic that is far more emotionally resonant than they likely expect.

Five years earlier, Wendy, John, and Michael Darling were in the woods behind their house when something happened. No one knows what preceded that catastrophic event, but all of the children disappeared. Six months later, a disoriented Wendy in homemade clothing was found in the same spot. She had no memory of where she had been, who had taken them, or what had happened to her still missing brothers. Ever since that day the Darling family has held themselves together, desperate to know what might be locked away in Wendy’s memory but grateful to have even one child return. For the local townspeople, and especially the police, it is a mystery that should be solvable, and the light of suspicion has all too often lingered on the kid who came back. When children begin to disap­pear from the area again, it is impossible for the locals not to consider what Wendy might know. Everything gets much more complicated when she drives home one night and is nearly run off the road by something dark and disturbing that appears out of nowhere. And then she finds an injured boy and his name, as you knew it would be, is Peter Pan.

Wendy is drawn to Peter, and Peter is drawn to Wendy. In the pages that follow his sudden appearance, bits and pieces of the classic story bleed into the narrative: a shadow has been torn away, Wendy must sew it back on, more children are lost, Peter is witty and daring and can fly. But there are also plenty of parts of the story that are not familiar. Clearly something shocking happened to Wendy years earlier, and Peter is certainly not stealing the missing children. And the relentless drumbeat question of the book, the whereabouts of John and Michael, is something new and disturbing. The answer, both Wendy and Peter realize, lies in the woods. They have to go back to where the Darling children disappeared, and they have to be brave enough to face down whatever they find there.

Thomas hit one out of the park with their recent book Cemetery Boys, and Lost in the Never Woods is another sure shot for teen read­ers. While the fantasy elements are provided by Peter’s presence, mystery fans will very much enjoy Wendy’s determination to pull back all the layers of her own psyche to get down to the truth and save the rapidly vanishing children. This is an emotionally bruised and battered Wendy, one with little trust and a great deal of anger. More than anyone else, she wants to know what hap­pened to John and Michael, and while Peter is an always intriguing character, it is Wendy who anchors the book. The only superfluous note in the narrative is found perhaps in her friend Jor­dan, a character who seems to wander in and out of the plot solely to force certain conversations or instigate some greater emotional discord. On their own, Wendy and Peter pack plenty of emotional wallop, and readers will likely spend most of their time enjoying the two of them as they rush to rescue the children and reveal Pe­ter’s stunning and significant truth. Fans of the classic will love this more serious consideration of Neverland’s origins, but anyone who likes a smart novel should be ready to dive in. 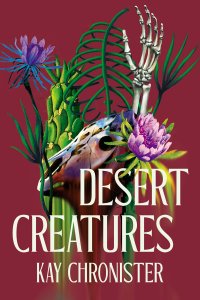