Certain superficial things change over time, while other essential phenomena remain fixed and permanent. Cyberpunk was born a bit over 35 years ago, and the world is a much different place now than it was in 1985. So it’s foolish to imagine that cyberpunk writing would persist unchanged, adhering to the exact same styles, themes and forms as it did during its early years. Likewise, the course of any one writer’s lifetime will take an author through biographical and experiential and professional changes that are reflected in and contour their writing. No person can step into the same genre twice, as Heraclitus might have said.

All these highly unoriginal observations are meant to serve as preface to diving into Bruce Sterling’s new story collection, his first book in the close-to-five years interval since the appearance of the novella Pirate Utopia (for my review of which, visit here).

What has changed in Sterling’s fiction over the decades, in my opinion, is that it’s gotten looser and baggier and more relaxed, while still embodying gimlet-eyed observations on the structural realities of the various systems that web the planet. Still full of clever and original lateral-thinking insights into society and the universe, still rife with outsider characters and streetwise scenarios, his fictions are less didactic, less fevered, funnier and, dare I say it, more contemplative and wiser, befitting an Elder Sage of the field.

These changes, if you do affirm them, have a lot to do with how cyberpunk has played out over three and half decades. Showing its strengths and weaknesses, abilities and limitations; how society has changed; and also how Sterling’s own situation has morphed. The days of Vincent Omniaveritas holding forth from Node Zero in Austin have been replaced by an expatriate working idyll in Turin, Italy, focused as much on projects like “Casa Jasmina… an apartment inside an old industrial building in Turin, Italy, bringing together various designs to create the ‘open-source connected home of the future,’” as on fiction writing.

This shift manifests in the new book right from the start (after a sprightly introduction from Neal Stephenson), when we encounter the foreword: “Storia, Futurità, Fantasia, Scienza, Torino” by Bruno Argento. It seems that the sober-minded and humble Argento, a native Italian, is the real author of these fictions, and that Sterling is only his pen name. This droll distancing from the fiction gives the book a kind of laid-back Stanislaw Lem metatextuality not found in Sterling’s earlier work.

Before examining the actual stories, let me just pause to praise the John Coulthart cover art and interior illustrations; their cool formalism invokes a similar kind of old-world air of abstraction.

“Kill the Moon” is a flash fiction positing counterfactually that the Italian nation was and is the leading space explorer of the 20th and 21st century, bringing a kind of Fellini-esque panache and brio to the enterprise. “Yes, the Gabrielle D’Annunzio is a very beautiful rocket ship. With such superb Italian industrial design, obviously it is the prettiest manned lunar rocket ever built.”

On a similar multiversal plane, “Black Swan” charts the crucial interactions between a journalist named Luca and his weird informant who proves to be an interdimensional traveler. “In your world there was a great physicist once… Dr. Italo Calvino.” Their exploits end with violent reversals.

If you could imagine a senile and concupiscent Jubal Harshaw living in seaside retirement, you might envision “Elephant on Table”, where artificial intelligences hire sexy female spies to enact their schemes. “[Now] the prostitute looked just like an Italian parliamentarian.” Told from the POV of the Great Man’s caretakers, the tale has a lot to say about life amidst “surveillance capitalism.”

Fan of John M. Ford’s The Dragon Waiting will find in “Pilgrims of the Round World” many allied pleasures and frissons. Set in the 1400s, it begins at the Inn of Saint Cleopha in Turin, run by the amiable team of Ugo and Agnes de Balliand. Assembled there is a large cast of unique individuals whose fates will become laced together through various intrigues centered around Queen Carlotta of Jerusalem. Sterling evokes period details in the manner of Stephenson’s Baroque Cycle while indulging in picaresque escapades. Resonances with Walter Jon Williams’s Quillifer come to mind as well.

We jump ahead 400 years to the 1800s in “The Parthenopean Scalpel” to follow the exploits of a terrorist fighting for Italian unification. The presence of twins in the form of a pair of conjoined women adds a gonzo element to the mix.

If you fused Thorne Smith with James Branch Cabell and tossed in some Saki, you might end up with “Esoteric City”, wherein our hero, Achille Occhietti, must finally pay the price demanded by his supernatural patron, the mummy known as Djoser, who longs to get all this hellish business done so as to return “back into my glass case inside the Egyptian museum. That’s where I was, before you saw fit to invoke me. And before you say anything—no, it’s not that bad, being in there. Sure, the tourists gawk at me, but was I any better off in my sarcophagus? Mortality has its benefits, Achille. I can promise you, it does.”

The concluding story, “Robot in Roses”, manages to channel Boucher’s “The Quest for Saint Aquin”, Silverberg’s “Good News from the Vatican”, and, proleptically, Cixin Liu’s “Sea of Dreams” into a frothy and hilarious tale of creativity and media hype, dedication to a cause and non-human worldviews. In a post-scarcity world, a rogue semi-sentient wheelchair (yes, a wheelchair) dubbed the Winkler has turned into a migratory artist, traveling slowly across Europe and leaving artworks in its wake. Wolfgang Stein, art gallery owner, follows the Winkler as its amanuensis and protector. His nemesis, the sober scientist Dr. Jetta Kriehn, believes the Winkler is a sham. Their dialectic powers the tale to a surprising conclusion.

It’s interesting to note the prevalence of married couples or otherwise bonded male-female pairs in these tales, another of those sharp changes from the days of cyberpunk loners like Gibson’s Case. Likewise, the notion of alternate realities signals an expansion of the cyberpunk fixation on the here-and-now-or-just-about-to-be. Finally, a lack of corporate villains speaks to a general demolishing of the old dichotomies of us-versus-them, rebel hackers against industrial overlords.

In short, this thoroughly entertaining collection of nimble and bright tales embodies one Italian quality above all: sprezzatura. From the Wikipedia entry on same:

Sprezzatura is an Italian word that first appears in Baldassare Castiglione’s 1528 The Book of the Courtier, where it is defined by the author as “a certain nonchalance, so as to conceal all art and make whatever one does or says appear to be without effort and almost without any thought about it.” It is the ability of the courtier to display “an easy facility in accomplishing difficult actions which hides the conscious effort that went into them.” Sprezzatura has also been described “as a form of defensive irony: the ability to disguise what one really desires, feels, thinks, and means or intends behind a mask of apparent reticence and nonchalance.” 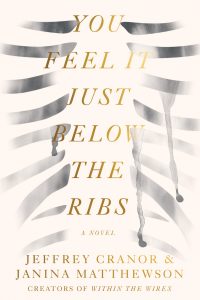 Amy Goldschlager Reviews Audiobooks: Not Your Average Hot Guy and You Feel It Just Below the Ribs 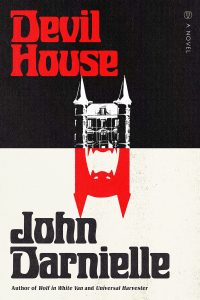