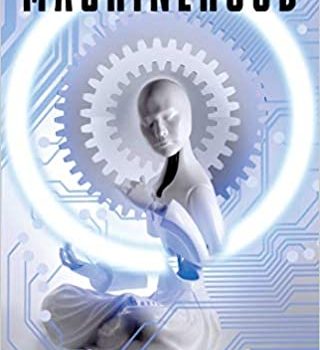 Machiavellian fantasy whcih follows a scholar’s quest to choose the next ruler of her nation amidst lies, conspiracy, and assassination. Debut novel.

Young-adult epic fantasy. A vintner’s daughter’s magical blood reveals her to be secret royalty, involving her in a plot to take the throne. Debut novel.

Bowen, Marjorie: The Bishop of Hell and Other Stories

Anthology of 12 classic British ghost stories by Marjorie Bowen, part of the Monster She Wrote series.

First ever collection of short stories by Terry Brooks, including both new and reprints, and stories set in Shannara, Magic Kingdom, and The World and the Void.

Brown, Jayna: Black Utopias: Speculative Life and the Music of Other Worlds

Study of utopian fiction, poetry, and music from Black artists, exploring how they have imagined future Black culture.

Young-adult historical fantasy set in Edwardian London. Sequel to Chain of Gold, in the Shadowhunters setting.

Day, Kate Hope: In the Quick

A gifted young engineer in astronaut training works to find a crew that has been missing and presumed dead since her childhood.

Science fiction thriller about artificial intelligence, sentience, and labor rights in a near future dominated by the gig economy.

There’s a great deal going on in Machinehood, from Divya’s sophisticated critique of a post-privacy gig economy to her evident expertise in AI systems, ‘‘weak AI’’ digital assistants, nanotech, and prosthetic body modifications. Individually, none of the tech extrapolations are particularly new, and Divya on occasion lapses into clichéd dialogue (‘‘this is so much bigger than us’’), but the economy she describes is sharply imagined and convincingly detailed, and she artfully balances the cybertech thriller chapters involving Welga and the more character-oriented narrative of Nithya and her family, eventually weaving them together in a conclusion both suspenseful and ingenious, if a bit idealistic given the problems and complexities she’s already saddled us with. But then, idealism might be something we need a bit more of these days.

Conclusion to the Alphabet Squadron trilogy. The aces of the New Republic have one final chance to defeat the darkness of Shadow Wing.

Gannon, Charles E.: At the End of the Journey

Six teenagers and their British captain are aboard the ketch Crosscurrent Voyager, headed on a senior year summer cruise when the zombie apocalypse happens. Set in the world of John Ringo’s Black Tide Rising.

Conductors on the Underground Railroad use magic based on constellations to ferry escaped slaves to safety. Debut novel, first in a two-book series.

Urban fantasy, featuring a retired sorcerer, hoping for solitude as he runs a Philadelphia occult shop, until he’s asked to help solve a murder.

Ishiguro, Kazuo: Klara and the Sun

Klara is an Artificial Friend, waiting to be purchased from the store. In the meantime, she carefully watches all the shoppers and everyone who passes by.

A boy with difficult supernatural abilities is drawn into the pursuit of a killer by a NYPD detective.

A paladin and a were-bear nun cross paths and then team up to fight their many enemies, living and dead.

Space opera, sequel to A Memory Called Empire. Diplomats attempt to negotiate with a mysterious and hostile alien armada.

A Desolation Called Peace is also great, even though it is a different sort of story than its predecessor. The first book was a kind of coming-of-age tale; this one is about what makes a civilization and how to reconcile the continual push and pull between protecting yourself and showing vulnerability.

Oliva, Alexandra: Forget Me Not

Near future science fiction. A young woman escapes from the isolated compound where she had been left to raise herself. Amidst a media frenzy about her origins, she seeks to solve the mystery of her own existence.

Rubinkowski, Jessica: The Bright & the Pale

Tchaikovsky, Adrian: One Day All This Will Be Yours

A survivor of a terrorist attack on a space station works solving petty crimes for her corporate overlords, until an old friend arrives, with hints of dangerous secrets about their shared past.

Six novellas and one short story, many of them award-winning classics, covering a wide variety of styles.

Much of this variety is on display in The Best of Walter Jon Williams, a dozen stories stretching back to the 1980s, chosen by the author, with endnotes establishing contexts and origins and snippets of personal history.

I come away from this collection admiring not only Williams’s flexibility as a master of traditions and conventions and tropes, but also the way that these stories are not merely exercises or japes (though ‘‘The Golden Age’’ and ‘‘Prayers on the Wind’’ are plenty playful). When Williams takes on a genre, he also takes on the issues and tensions and themes such constructs are meant to address. This is where craft crosses the fuzzy borderline and becomes art. 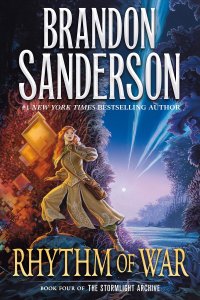 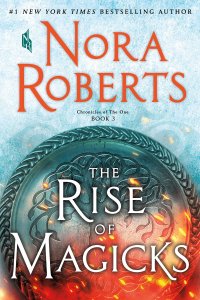 Ken Liu (http://kenliu.name) is an author and translator of speculative fiction, as well as a lawyer and programmer. His fiction has appeared in F&SF, Asimov’s, Analog, Clarkesworld, Light­speed, and Strange Horizons, among other places. He has won a Nebula Award, a Hugo Award, a World Fantasy Award, and a Science Fiction & Fantasy Translation Award, and been nominated for the Sturgeon and the Locus Awards. He lives with his family