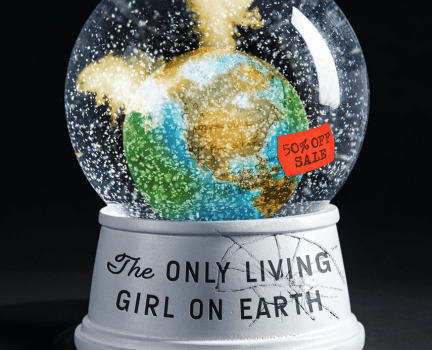 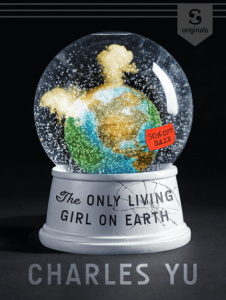 Last year Charles Yu wrote one of my favourite novels of 2020, Interior Chinatown, the de­served winner of the National Book Award. It’s a comic, surreal and emotional story about the struggles of being an immigrant, and the child of immigrants, in America. Yu is not so prolific as to have written another book so soon after Inte­rior Chinatown; however, those signed on with ebook subscription service Scribd will have the pleasure of reading an original short piece, The Only Living Girl on Earth.

The story is set on an Earth long-deserted after the AI in charge of geoengineering malfunctions. This leads to boiling oceans, erratic weather pat­terns and the “fish stocks collapsing… from there it wasn’t long before nation-states began to dissolve and the entire world order destabilised.” Yu tells us that after a couple of eons, having established colonies on other worlds, the descendants of those few who survived the original collapse begin to view Earth as a tourist destination. Seeing a potential market, an “enterprising bunch” set up a Museum on the planet (“the main attraction of the museum was a painting we had by some guy of some flowers), and when that doesn’t take off they open Earth: A Theme Park and Gift Shop. Now only the Gift Shop remains, minded by Jane, the last person on Earth, dusting and resetting the displays and serving the few hundred people who (mostly by accident) land on the planet.

The Only Living Girl on Earth is short on drama but makes up for that by being both funny and mov­ing. I enjoyed Yu’s potted history of humanity, which has a tongue-in-cheek, Douglas Adams vibe, and his depiction of Jane, particularly her devotion to the store and her sentimental attitude to the empty theme park and its representation of an America she can only imagine. As a tale about nostalgia and the promise of the American dream, there’s this extraordinary stand-alone chapter, an interlude in Jane’s story, called “America: The Ride” that uses the metaphor of a rollercoaster to describe the highs and lows of living in a country that offers so much opportunity but doesn’t always deliver. It’s a glori­ous, heartfelt, and sometimes bitter bit of writing that, along with the rest of The Only Living Girl on Earth, demonstrates Yu’s continuing desire to experiment with form and style while exploring the many different facets of American life.