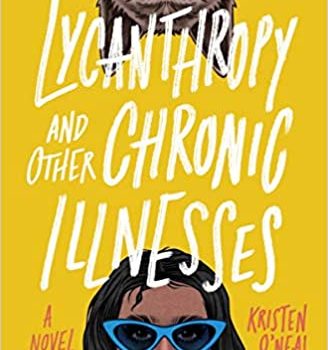 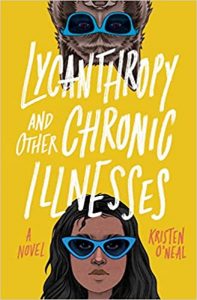 A ton of books have been published with were­wolf characters, but debut author Kristen O’Neal has written one that stands out for all that it lacks: no romance, no murder, no vampires, and no climactic battle between good and evil. Lycan­thropy and Other Chronic Illnesses takes read­ers into the world of a chronically ill young person who must deal every month with losing all of her teeth, becoming overwhelmed with meat crav­ings, succumbing to blood-thirsty aggression, and generally losing control of her body. Determined to prove her independence from caring parents, she ends up relying heavily on a best friend who is extremely sympathetic because she is fighting her own battle with chronic Lyme disease. The narrative is actually grounded by an entire circle of friends who are struggling with chronic illness and their perspectives provide a whole new way of considering this classic horror trope. Emotional, thoughtful, and a true testament to the power of friendship, Lycanthropy and Other Chronic Illnesses is a werewolf novel that will make you look at navigating illness, supernatural or not, in a whole new way.

As the novel opens, Priya is reeling from having to leave college and return home because of Lyme disease. Her close friend Brigid is a lifeline of sup­port, reaching out via text and chat, and although the two girls have never met, they are quite close, especially since Brigid is also ill. Together they end up joining a small chat group with several others who suffer from chronic illnesses varying from endometriosis to Ehlers-Danlos syndrome. Brigid is noticeably circumspect about her diagnosis, and it is not until she goes offline for several days that a concerned Priya drives to her house and discovers she is a werewolf. In the ensuing weeks the two girls, along with a friendly animal control officer, (Priya has to call someone for help during that first fateful meeting!), try to figure out how to stop Brigid’s transformations. But as anyone with a chronic illness knows, they can be very unpredictable, and Brigid is soon driven to take bigger and bigger chances at a cure, pushing everyone away in the process.

The inclusion of a werewolf is obviously the big hook here, but Lycanthropy and Other Chronic Illnesses succeeds on many levels beyond the bits about fang and fur. First, there’s a lot of humor, some of which will ring quite true among anyone who has ever suffered from long-term sickness. (Also, Brigid transforms in an Olive Garden bathroom, which is just funny to even think about.) In many ways, O’Neal has written the ultimate coming-of-age novel, pulling together a group of characters who are all struggling (regardless of age) to determine how to navigate the world. Priya and Brigid have a great deal in common and both are committed to figuring out how to best handle their symptoms. They conduct traditional research to better understand lycanthropy (lots of werewolf lore), run down a genetic mystery, and consider all manner of treatments. When things go awry (and you know they are going to go awry), doctors must become involved. And that’s when their friendship really come through, just as often does with conventional illness.

O’Neal upends the traditional structure a bit by including texts and chat conversations, but they don’t slow things down, and actually add to the emotional narrative. The novel does not zip along on a wild plot, but it moves at a steady pace as readers immerse themselves more and more into the lives of these wonderful characters. I have to say, Lycanthropy and Other Chronic Illnesses is the most realistic werewolf novel I have encountered and certainly the most heartfelt. O’Neal breaks new ground with this book and accomplishes something truly wonderful. 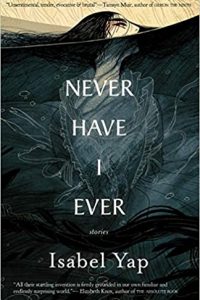