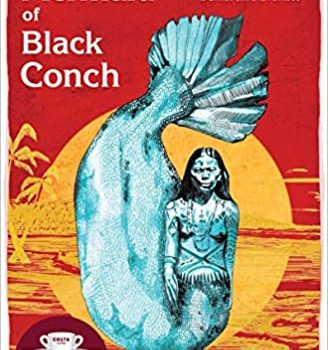 MONIQUE ROFFEY‘s The Mermaid of Black Conch (Peepal Tree) won the £5,000 Costa Novel award, given to one “of the most enjoyable books of the year, writ­ten by authors based in the UK and Ireland.” She’s in the running for the £30,000 Costa Book of the Year award.

STEPHEN GRAHAM JONES sold My Heart Is a Chainsaw and a second book to Joe Monti at Saga Press via BJ Robbins of BJ Robbins Literary Agency.

LIZ WILLIAMS sold the third and fourth books in the Comet Weather series, Embertide and Salt on the Midnight Fire, to Ian Whates at NewCon Press.

TIM PRATT sold Prison of Sleep (sequel to Doors of Sleep) and novella collection The Alien Stars ( set in the world of the Axiom trilogy) to Eleanor Teasdale at Angry Robot via Ginger Clark of Curtis Brown.

REBECCA CAPRARA sold Spin, “a feminist reimagining of Ovid’s myth of Arachne–the original spider girl,” to Julia Mc­Carthy at Atheneum in a pre-empt via Allison Hellegers of Stimola Literary Studio.

ALYSSA WEES sold histori­cal dark fantasy “Beauty and the Beast” re-imagining Little Bird and a second book to Anne Groell at Del Rey in a pre-empt via Penelope Burns of Gelfman Schneider/ICM.

SHANNON FAY sold alternate historical fantasy Innate Magic and a sequel to Adrienne Procac­cini at 47North via Rebecca Strauss at DeFiore and Company.

RUDY RUIZ sold magical realist novel Valley of Shadows, a prequel to The Resurrection of Fulgencio Ramirez, to Rick Bleiweiss at Blackstone Publishing, to be published simultaneously in English and Spanish, via Laura Strachan of Strachan Literary Agency. Naomi Hynes will edit.

MIKE THORN‘s two horror collections Darkest Hours and Peel Back and See went to Chris­topher Payne at JournalStone via Stacey Kondla of the Rights Factory.

JONATHAN STROUD sold The Outlaws Scarlett and Browne and a second book to Nancy Siscoe at Knopf Children’s via Andrea Morrison of Writers House on behalf of Veronique Bax­ter at David Higham Associates.

SHEA ERNSHAW‘s YA fan­tasy A Wilderness of Stars and a second book went to Nicole El­lul at Simon & Schuster Children’s via Jessica Regel of Helm Literary.

DANTE PARADISO sold post-apocalyptic YA The Havens to Eric Kampmann at Beaufort Books via Tony Outhwaite. Megan Trank will edit.

New writer HIRON ENNES‘s Leech, “combining parasitic body horror with Gothic family drama in a postapocalyptic setting,” and a sequel went to Carl Engle-Laird at Tordotcom and to Bella Pagan at Tor UK for six figures in a pre-empt via Alexander Cochran of C+W.

MAGGIE GILES sold first novel A Life Less Lived, about changing your past, to Alexandria Brown at Rising Action.

First novelist CRISTINA FER­NANDEZ sold YA How To Date A Superhero (And Not Die Try­ing), to Sara Schonfeld at Katherine Tegen at auction via Abigail Frank of Sanford J. Greenburger Associates.

BRITNEY LEWIS sold her debut, YA zombie novel The Un­dead Truth of Us, plus a second title to Emily Meehan at Dis­ney-Hyperion via Katelyn Detweiler of Jill Grinberg Literary Management. Brittany Rubiano and Christine Collins will edit.

LAURA SEBASTIAN sold the YA fantasy Castles in Their Bones trilogy to Molly Powell at Hodder & Stoughton in the UK via Charlotte Bodman of Rights People on behalf of John Cusick and Madeline Froyd of Folio Literary Management. Delacorte will publish in the US.

KARA WELSH was promoted to president of Ballantine Books, which includes the Ballantine, Ban­tam, Delacorte, and Dell imprints. JENNIFER HERSHEY has been promoted to publisher of Bal­lantine. Del Rey publisher and executive vice president SCOTT SHANNON is now also director of strategy. TRICIA NARWANI has risen to editor-in-chief at Del Rey, with KEITH CLAYTON promot­ed to vice president and publishing director of licensed publishing.

DAVID DRAKE was pro­moted to president of Crown, while GILLIAN BLAKE has been made publisher. CHR IS JACKSON is now executive vice-president and publisher of One World and RocLit 101.

SEAN MCDONALD has been promoted to publisher and senior vice-president of the MCD imprint at Farrar, Straus, Giroux.

AMARA HOSHIJO is now an editor at Saga Press. She was at Soho Press.

IRA NAYMAN is stepping down as editor-in-chief of Amaz­ing. A new editor will be named later.

Film rights to SHANNON MESSENGER‘s Keeper of the Lost Cities series went to Disney via Joel Vanderkloot and Michelle Kroes of CAA and Vanderkloot Law on behalf of Laura Rennert of Andrea Brown Literary Agen­cy. Ben Affleck will direct and produce through his Pearl Street production company, and will pen the adaptation with Kate Gritmon.

BRIAN MCCLELLAN‘s Pow­der Mage series is closer to becom­ing a TV series, with Joseph Mal­lozzi attached to write and act as show-runner with production com­pany No Equal Entertainment.

This and more like it in the February 2021 issue of Locus. 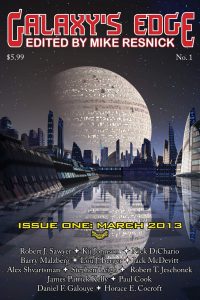