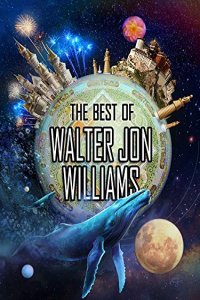 A writer always feels an instinctive camaraderie with other writers who debuted more or less simultaneously with one’s own beginnings. This does not mean that all writers in a given generation love and admire each other unconditionally, but only that a person recognizes and bonds more readily with other members of their own generation. It’s a realization that our paths are parallel, a shared journey—and, with luck, of similar extension. We all kicked off at the same starting line, and we will all finish up around the same time, getting to see entire careers, side by side and from start to finish. We were not present at the commencement of the careers of our elders (although we might have shared their later years), and we will not live to see the whole careers of our juniors. But this particular assortment of scribblers, bound by a chance coincidence of birth—well, we’re all stuck in the same span of time, and that’s a potent affiliation.

The bonds are reinforced, of course, in the case of a fellow writer who is talented and whom you happen to admire. And so we come to the case of Walter Jon Williams, a year older than I and whose debut coincided more or less with mine, circa 1985. I’ve enjoyed his fiction from every stage of his professional life, and so this retrospective collection is a reason to look back and celebrate. This fat volume holds a dozen long stories, the earliest dating to 1986 and the latest to 2014. Not quite his full span, but close.

After a succinct and simpatico introduction from Daniel Abraham, we begin with “Daddy’s World”. This story takes place entirely in virtual reality, yet avoids the common literary trap of such environments, where everything is possible but nothing matters. Instead, we experience deep emotions as we watch the protagonist—an uploaded child—explore the frightful limits of his padded cell. Ultimately, the same sensations as in Ellison’s classic “I Have No Mouth…” pervade the sad tale.

In stark contrast comes the rip-snortin’, ring-tailed-roarer rambunctiousness of “The Golden Age”, a quasi-steampunk story which interjects proto-superheroes into the California Gold Rush. Our narrator is a Bad Guy with a tender heart and certain refined sensibilities—the Commodore—and his nemesis is the Condor, not altogether sane. Together, like Batman and the Joker, they tussle up and down the state, until forced to unite to face a perfidious Austrian airship invasion. Never descending into farce, these larger-than-life adventures evoke the pathos beneath the brawling.

Like some joint effort by David Bunch and Neal Barrett, “Dinosaurs” chronicles the negotiations between Drill, an emissary of our mighty posthuman descendants, and an alien race called the Shar. Humanity’s automated terraforming ships have inadvertently wiped out billions of Shar, and it’s Drill’s task to restore justice. The immense pleasures of this tale come from Williams’s startling portrayal of Drill’s posthuman worldview versus the more commonplace attitudes of the Shar. The subsequent flipping of the standard equation—Drill the ostensible human is more alien than the aliens, who are more like us, the readers—is a nifty performance.

“Surfacing” concerns the researches of a lonely man named Anthony Maldalena on an exotic world under two suns. There he cruises the wide oceans, studying the imported terrestrial whales of these seas and the other native race of Deep Dwellers. When a young woman named Philana Telander enters his life, he is forced to open up and confront the contorted dimensions of his own existence. But the additional presence of an alien observer named Telamon complicates matters considerably. Picture all this conveyed in a manner reminiscent of Zelazny seasoned with Ballard.

Williams was part of first-generation cyberpunk, and his tale “Video Star” employs all the classic tropes and attitudes of that subgenre with an easy perfection. Our antihero Ric is a street-gang member with aspirations to higher crimes, and he enacts his dangerous schemes amidst the quintessential c-p milieu of guttersnipes, decadent rich folks and techno-wizards. All very chill, but with an old-fashioned sting of morality at the climax.

“The Millennium Party” is anomalous for being a piece of flash fiction amidst these giants. But in its short remit it portrays posthuman oddities quite well, a la the work of David Marusek.

Take Heinlein’s “’—All You Zombies—‘” and layer in some of the fancy footwork from the time-patrol stories of Poul Anderson, Fritz Leiber, and Kage Baker, and you might approximate “The Bad Twin”. Our hero is on the track of a time-traveling thief who steals famous antiquities. But he violates a cardinal rule by duplicating himself, and then has to go through the most convoluted hijinks to straighten out the paradoxes—with no help and actual hinderance from his doppelganger. No matter how complex the maneuvers, Williams always ensures that the action is crystal-clear. This tale has the sense of a young writer saying, “Watch me top the masters!”

A great example of biopunk comes with “The Green Leopard Plague”, wherein a “mermaid” data researcher-cum-detective named Michelle has the task of delving into the origins of the titular “disease.” The dual-track storyline—present and past—is handled deftly, with equal weight for each, and a nice dovetailing.

“Diamonds from Tequila” is a day-after-tomorrow tale involving a vainglorious actor named Sean Makin who gets involved with a revolutionary new method of illegal-drug production. Hollywood satire blends with crime-caper thrills in a mix that John D. MacDonald would have endorsed and been proud to have written.

In “Margaux” we journey out to the long-colonized planets of the galaxy, where Earth is almost legendary, and follow the life of Gredel, a kind of waifish low-rent escort girl. This piece has no empire-destroying battles or super-science, but focuses in an almost Aldissian or Harrisonian manner on simple, even tawdry lives.

Another alien world, Vajra, inhabited by Buddhist monks, is the setting of “Prayers on the Wind”. Our viewpoint character, a monk named Jigme, has to shepherd the alien ambassador named !urk through some delicate negotiations. Not even death is a barrier to their goal.

Perhaps, Jigme thought, the dead Maskers’ souls were even now in the Library, whirling in the patterns of energy that would result in reincarnation, whirling like the snow that fell gently as he and !urq walked down the street. To be reincarnated as humans, with the possibility of Enlightenment…

Finally comes one of Williams’s most famous stories, “Wall, Stone, Craft”. We dip back into the early 19th century to share some thrilling adventures with Mary Shelley, her husband Bysshe, and Lord Byron. But their continuum is counterfactual to ours, so that the genesis of Frankenstein’s monster become more circuitous, and Byron assumes the dimensions more of a warrior than a poet. Domestic and romantic drama abounds.

Emerging from a deep dive into this truly entertaining treasure chest of riches, the reader immediately has several reactions. First, although Williams’s range of topics is immense, every story emerges from that core template of speculative fiction: assume a novum, extrapolate logically. There are no gauzy impressionistic tales here, and even a recent fantasy from him, Quillifer, exemplifies this hard-nosed approach. Second, in true cyberpunk fashion, Williams favors outsiders and outlaws as his protagonists. Even Mary Shelley qualifies. Third, he remains dedicated to surfing current events for source material, as “The Green Leopard Plague” and “Diamonds from Tequila” demonstrate.

Still working today wholeheartedly at the apex of his abilities, Williams has persevered through the ups and downs typical of most writers (revealed in his generous Story Notes) to accumulate a corpus of work that stands on the same victor’s platform as many of his illustrious predecessors and also with the best of his peers. He’s done his—our—generation proud. 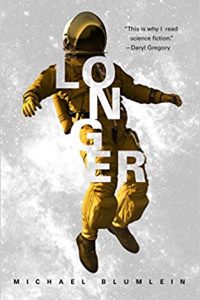