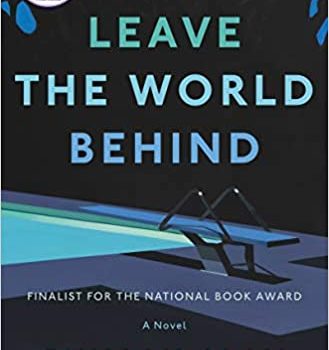 Rumaan Alam, Leave the World Behind (Ecco 10/20) This paranoid, apocalyptic SF novel is generating a lot of buzz and ending up on Best of Year lists. Who do we trust when the power goes out? Vacationing in a rented home, Amanda and Clay are about to find out when a couple, claiming to be the owners, knock on the door and say New York City is under blackout.

Eugen Bacon, The Road to Woop Woop (Meer­kat Press 12/20) Collection of 24 humorous, imaginative, experimental stories, including seven new. “Bacon’s passion for language and her willingness to play with the short-story form, to never settle on one type of narrative or genre, makes this an exciting collection that’s well worth picking up.” [Ian Mond]

Michel Faber, D (A Tale of Two Worlds) (Ha­nover Square 12/20) Dhikilo is the only one who notices when the letter D – and things that start with it – starts disappearing, and she must travel from England to the wintry land of Liminus to save both worlds. A fable to delight readers of all ages.

Christopher Hinz, Refraction (Angry Robot 11/20) Aiden Manchester, our reluctant super­hero, can only materialize balls of goo while he sleeps. What good is that? He embarks on a quest for the origin of other “Quiver Kids” like him, and the answers he finds may be more dangerous than he expects.

Jonathan Lethem, The Arrest (Ecco 11/20) “The Arrest” of this satirical post-apocalyptic novel refers to all technology – from electronics to in­ternal combustion to guns and bullets – gradually ceasing to function. There is, however, a nuclear- powered supercar called the “Blue Streak,” which bears an eccentric cast of characters across this suddenly pastoral landscape.

Connie Willis, Take a Look at the Five and Ten (Subterranean 11/20) A short-and-sweet romantic holiday comedy from science fiction’s most-decorated writer. “Willis is reliably fun, especially her snark about Jillian’s cooking and Sloane’s character and Aunt Mildred’s get-off-my lawn attitude. What really shines, though, is the wholly convincing nostalgia for Christmas in Denver in about 1960, and the utter warmth of the depiction.” [Rich Horton]

From the February 2021 issue of Locus. 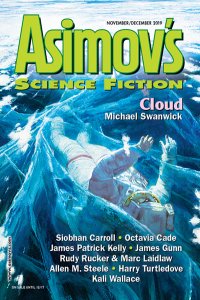 2021 was a tumultuous year for me personally, but I’m ending it in a much better place than I began (psychologically speaking). I fervently wish the same for all of you, and I think we all hope that 2022 might, some­how, be less tumultuous than the last few years. Through it all I’m always amazed and impressed by the writers who keep writing and the editors who keep editing, through