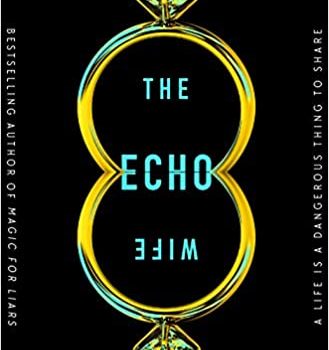 Young adult fantasy novel, the second in a trilogy inspired by West Africa.

Historical fantasy novel set during the Elizabethan period. The apprentice fisherman Reynard meets strangers who seem to know him, one with a white shadow.

Epic fantasy novel, the first in the God-King Chronicles series. The Black Keep is invaded by enemies driven from their home by a daemonic despot. Electronic versions only. Print available March 16.

Files, Gemma: In That Endlessness, Our End

Collection of fifteen horror stories by the award-winning author.

Files doesn’t exactly expose the horror found in the mundane because, once the thin veneer of normalcy is scratched, very little is mundane about her fictional realm. Dreams are always nightmares, residences provide discomfort, offspring are no delight, encounters with the eldritch are common, families are invariably dysfunctional, relationships tend toward the doomed, and even the electrical grid is a thing to fear. [. . .] a must-read for horror aficionados who delight in dread.

Near-future thriller/SF novel. Scientist Evelyn Caldwell’s husband is having an affair with her own cloned replica.

Clones don’t seem quite as popular these days as they were back in the 1970s and ’80s, when we were treated on a fairly regular basis to stories about celebrity clones, spare-parts clones, hazardous-duty clones, doppelganger clones, identity-crisis clones, cheap-labor clones, ominous replacement clones, survivalist clones, posthu­man clones, tabula-rasa clones, and, inevitably, murder-mystery clones. Sarah Gailey touches upon that last in some ingenious ways in The Echo Wife, a solidly written novel that gains more of its strength from the voice and conflicted character of its narrator than from its rather plot-contrived version of cloning technology.

English language debut from the best selling Argentinean author, about a Midwestern town where deer start attacking people, “dropouts” disappear into the woods, a mysterious hallucination strikes, and a taxidermist from the Caribbean sees a connection. Translated by Heather Cleary.

Johnston, Michael: Silence of the Soleri

Young-adult fantasy novel, the fourth in the Court of Thorns and Roses series. Nesta Acheron must rely on the warrior Cassian as the human queens forge a new alliance.

Near-future SF thriller/horror novel about people given classified information as genetic code in their heads.

SF mystery novel, the second in the Halo trilogy, set on 2188 Mars.

Fantasy novel, 22nd in the bestselling Saga of Recluce series, featuring a group of new young mages in Fairhaven.

Middle-grade fantasy novel set in an underground New York with magic and secrets. Kingston hunts for his father and the magic that’s gone missing from Echo City, Brooklyn.

Holes in the Veil

Biography of Marvel Comics creator Stan Lee, written by a veteran culture reporter, based on more than 150 interviews and thousands of pages of documents, some never before revealed.

Far-future SF novel, ninth in the Diving Universe series. Boss finds an interesting new wreck to salvage, but the clock is ticking as she tries to reassemble her team.

Tie-in anthology of horror stories set in the Warhammer universe, by authors including Lora Gray, Nick Kyme, and Graham McNeill. 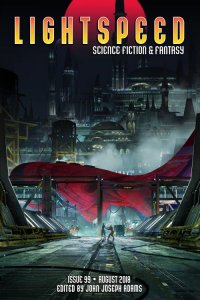