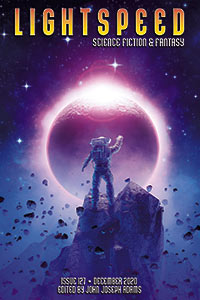 Lightspeed’s November issue breaks from the usual format to offer a single science fiction nov­elette instead of the usual pair of shorter pieces. “Schrödinger’s Catastrophe” by Gene Doucette is worth it, as special agent Alice is sent to rescue/recover a research vessel that was exploring a to­tally empty quadrant of space. It went silent after sending a strange final message: “We aren’t here again today.” What she finds when she arrives is a ship that may or may not have much crew left, a crew member she may or may not have shot, a cap­tain who may or may not be sane, and a researcher who is definitely finding some of the strangest physics of his professional life. Will Alice be able to rescue anyone, including herself, as the laws of physics change minute by minute? The computer’s “narrative mode” may be one of the only things that can save her. Over on the fantasy side there’s the charming story of “Magnificent Maurice, or the Flowers of Immortality” by Rati Mehrotra. Maurice is an aging cat who helps an aging witch look after the tree at the heart of the universe, defending it against all those who might come to claim things from it. He’s especially grumpy when the witch adopts a litter of star kittens, some of whom have the impudence to ask questions when he’s relating his heroic epics. Eventually, though, there comes a moment where there’s an assault on the tree that he can’t handle himself, and the star kittens have his back, promising a potential future for the care of the tree.

In the December issue we get “Your Mind is the Superfund Site” by Andrew Dana Hudson & C.Y. Ballard. In a future where commercialism has given way to a communal way of life, some of the more successful icons of the former advertis­ing age survive to literally haunt people’s dreams. Tracey is a hypnocath called in to help Alleyah, a hypnopomp, find out what’s behind a particularly nasty set of memes taking over Boston’s Back Bay neighborhood. After chasing down foul-mouthed geckos, cartoon cheetahs, anthropomorphic candy, and white aproned insurance ladies, there’s a very different figure pulling the strings at the center of this Winter Solstice story. “PARTY TIME!” by Ben H. Winters features Janet, a morale officer navigating a 1984-style government bureaucracy. Her survival strategy is to be as resolutely cheerful as possible, trying to organize an office birthday party in the midst of denunciations and coups and trying never to think inappropriate thoughts. It’s a great parody of the double-think needed to survive in that kind of regime, and this story is just the right length for its subject.

In fantasy, Kali Wallace brings us “The Salt Warrior” about Angela, a woman in a very reli­gious community that was abandoned by its saint and completely destroyed by raiders. She survived only because she was locked up for immorality at the time. Now she’s worried about the arrival of scavengers and trying to figure out what to do with the dying saint who will only accuse her of being a demon. Angela is a real survivor and I appreciated her character, even if I didn’t totally understand her final decision at the climax of the story.

Beneath Ceaseless Skies #314 brings us two stories that continue the adventures of established characters. We get a new Gaunt and Bone story by Chris Willrich, “Eyetooth“. In this longer story, our adventuring duo find an object of dimensional power and have to find a way to avoid or defeat the several powerful factions who come looking for it. As always, this is accompanied by great world-building details and easy readability. There’s a real evolution in the relationship between the two main characters as well. Lavie Tidhar rounds out the issue with a novelette, “The Drowned God’s Heresy“, featuring Gorel of Goliris. This time the adventurer is roped into a search for a sunken ship of his lost homeland. There are sea adventures and a great moment where the crew is almost trapped in an absurdist bureaucracy. We get some theol­ogy with Tidhar’s unique spin on it, and perhaps a victory? Some days it’s hard to tell.

The next issue, Beneath Ceaseless Skies #315, features stories of resistance in tumultuous politi­cal times. “Girls with Needles and Frost” by Jenny Rae Rappaport imagines a police state in which seamstresses are busy rebelling, ever so subtly. They’re sewing secret symbols in the lining of their customer’s clothes, which will add up to something powerful. Trying to survive in the meantime, the original madam is arrested and the main character has to take her place as leader. More than anything else, it’s her story as she works to further the plot, protect the girls working for her, and maintain connections with the enemy. This is a well done tale of living through hard times. The main character of “Degeneration” by Dominic Wright has no such aspirations or ambitions. In a world where an Asian-based society is ruled over by a completely venal god-king and enemy armies are slowly encroaching, this man is a calligrapher and a scholar caring for his aged mother. He’s navigating the treacherous politics of court, and in the background is the constant mismatch between the official news and what’s really happening. There’s a great leitmotif throughout, using ideograms to communicate particular nuances of ideas with a rich history behind them.

Looking back to October in Strange Horizons, “Scal­lop” by J.L. Akagi is a surreal tale of transformation. In a world where people sometimes transmute into different creatures, a professional woman starts to de­velop eyes like those of a wild scallop (check out the Wikipedia picture of this, it’s trippy) in places all over her body. Although this adds to the stress and harass­ment she’s been dealing with at work, her girlfriend is there for her. “A Layer of Catherines” by Elisabeth R. Moore imagines Catherine, a woman whose sister was saved by an apparently time-traveling version of Catherine herself when they were little. Now she’s terrified that if she doesn’t invent time travel, her sister will never be saved and will cease to exist. After 41,079 prototypes, she is finally able to gain access to the multiverse and learns about what happened from another version of herself. This is a nice looping story that comes to a satisfying conclusion. 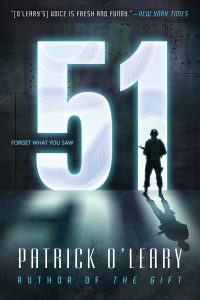 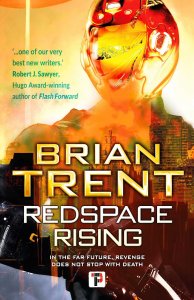 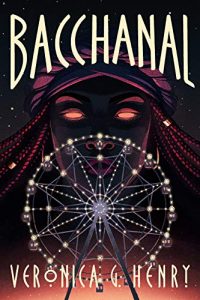