On the eve of his 40th birthday, a man decides to end his life. He tells us that 40 is “a point of passage… when maturity begins to decline toward old age. I wanted to be off while I was still thirty-nine, if only technically.” He chooses to drown himself up in the mountains where a sealed lake that “doesn’t communicate with the outside” will ensure his body vanishes without a trace. As he sits on the lip of a well connected to the lake, though, debating the quality of Spanish brandy, he realises his body won’t let him die. Hours later, he finds himself walking back to the village, only to discover that everyone he knows is missing. As the days pass, as he widens his search, including the bustling (and fictional) city of Chrysopolis, now empty and silent, the man comes to realise that he is the last person left alive.

This is the plot of the short but sublime Dis­sipatio H.G.: The Vanishing by Italian writer Guido Morselli. The novel was first published in Italy in 1977, one of nine books released after Morselli’s death in 1973. As Morselli’s translator Frederika Randall (who sadly passed away this year) notes in her terrific introduction to Dissi­patio H.G., it was the rejection of this novel by his publisher – the seventh manuscript they had declined – that was the last straw for the author. Randall writes, “that night [of the rejection] Guido Morselli loaded his Browning 7.65 and shot himself, putting an end to one of post-war Italy’s most original literary careers.” While I’m not in a position to judge Randall’s broader claim about Morselli’s work and his place in the canon of great Italian writers, I can say that Dissipatio H.G. is an extraordinary short novel, a meditation on loneliness and death that feels all too relevant.

Our narrator – a likely placeholder for Morselli – is a profoundly philosophical chap. The novel is peppered with his observations and insights whether it’s noting that the Earth will thrive after we’ve gone (“Humans, you want to fight pollu­tion? Simple eliminate the polluting breed”) or his prescient views on the media, which seem to fore­shadow blogging and social media: “Professional journalists could be responsible for reporting the news and offerings comments [while] the bulk of the paper would collaborate with the users, the readers, a joint participation that would certainly be unregu­lated, discordant, and partial, but still the only way to give voice to an authentic public opinion.” And, as I say above, Dissipatio H.G. is also a rumination on death. The awareness that Morselli committed suicide shortly after turning in the manuscript did inflect my reading but, even free of that knowledge, it’s hard to ignore death’s presence, beginning with the narrator’s aborted attempt on his life. As he begins to reflect on why he might have been spared, his thought drifts toward the “gift of nonexistence,” and the existential horror of an eternity with no responsibilities or sense of purpose.

What struck me, though, was that, for all the heady and meaningful discussions about the funda­ments of existence, Morselli also has a flair for the cinematic. There is a disquieting and yet awesome moment where the narrator visits an airport and sees planes, these motionless, empty behemoths crowded “on the tarmac, one practically on top of the other.” Other incredibly visual set-pieces include a desolate army base, which our narrator acerbically remarks “looks more like a factory making thermometers than a fortress full of military machinery” and the of­fices of Chrysopolis’s newspaper where the linotype machines still chatter away because “a newspaper cannot desert its post.”

While short in length, Dissipatio H.G.: The Vanishing is a capacious novel (or novella), brimming with large, metaphysical ideas, densely packed together, each one deserving to be unpicked and explored in detail. I am therefore so grateful to Frederika Randall and the New York Review of Books for introducing the English-speaking world to Morselli’s work, even if, tragically, he is not around to see it. 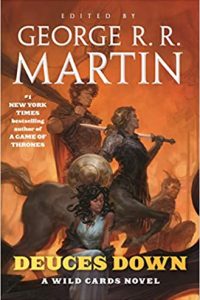 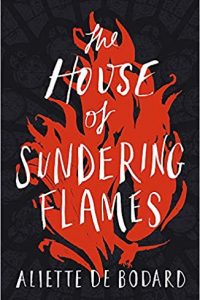 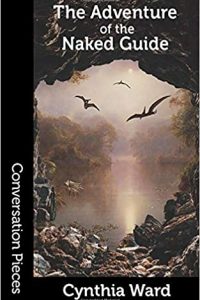