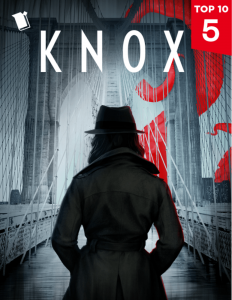 Morgan Knox came back from her service as an army nurse in the Great War with disturb­ing memories of a frightening magic ritual and morbid visions that haunt her sight and once got her locked up in a mental hospital. In 1933 New York, she now works as a PI, battling the visions, poverty, and the bad attitude meted out to a Puerto Rican woman who demands that the white men running everything make a place for her. When a wealthy client dies in a spectacular fashion and leaves her a message asking her to find his killer, it sets her on the trail of the mys­terious cult responsible for that ritual during the War, and who threaten to break down the barrier between this world and less savory dimensions.

Narrator Pilar Uribe handles Puerto Rican Spanish- and French-accented English fairly well, I believe, as well as various flavors of New York City voices, and a vaguely Germanic-sounding accent that is probably a decent stab at Flemish (I don’t know enough to judge), but she clearly doesn’t think she can make a reasonable pass at a Scottish accent, as she doesn’t even try. That makes her portrayal of Craddock, the fierce and sorrowful sniper who plays a major role in the later episodes, seem a bit unfocused. The best reason to listen rather than read the series is Amanda Rose Smith, Serial Box’s head of audio production, who provides the sound engineering and even composed the theme song to the series. Her stamp on the various Serial Box series has always been strong, but she really shines in this work, particularly in a frightening and squelchy scene where an otherworldly monster stalks a darkened subway car.

I can’t help visualizing Knox as lead writer Rivera, who read from the first episode during the very last live reading I hosted for the New York Review of Science Fiction reading series prior to the pandemic shutdown – but I must also credit Bolander, Iglesias, and Moraine for working with Rivera to provide a remarkably well integrated flow of story and perspective, using the lens of a dark fantasy PI procedural to explore issues of prejudice and PTSD. Knox, her friends, and her past and present lovers make for intriguing company, and I hope we’ll see them for another season’s mystery. 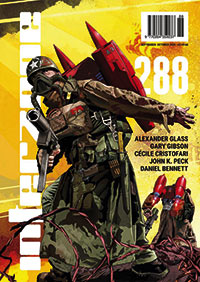