Additionally, the BL sponsors fresh scholarship allied with these three literary streams. The newest volume in this vein comes from the expert anthologist, historian and literary critic, Mike Ashley. To appreciate his anthologist chops, read my review of his Fighters of Fear, at this link. Meanwhile, wearing his other hat, his The Story of the Science-Fiction Magazines—currently in four volumes, with a fifth still being compiled—is essential reading for any fan of SF who wants to know how the field developed, and how we arrived at our current condition.

This new book performs much the same function, but for the subset of Anglo SF. Lucid, entertaining, illuminating, it provides a brilliant roadmap of its subject, and can also serve as a guide for one’s own future consumption of books. If you had a year with nothing else to do, you could read two of these suggested titles a week and feel after twelve months that you had improved your time on the planet. More practically speaking, you can let this encyclopedic array of milestone books serve as a trusted source of inspiration for a regular dip into the past.

Not to mention that Ashley’s sharp insights into the utility, accomplishments and uniquenesses of each title will simply leave you with a better understanding of fantastika in general.

We start our survey with a clear-eyed précis of the book’s purpose and remit, and a solid attempt at defining what we mean by “science fiction.” We will then commence with Wells’s The Time Machine from 1895 (Wells the Essential Forefather being one of the only authors granted multiple selections) and finish with Charles Platt’s Garbage World from 1966, that terminal goalpost year marking the launch of the New Wave and a radical transformation of UK SF.

Now the first thing to notice about everything that intervenes between Wells and Platt is that Ashley has chosen not merely some famous books such as Lost Horizon (1933) and Nineteen Eighty-Four (1949)—in fact, many if not the majority of these titles are delightfully obscure, real hidden gems—but books that had influence or accomplished something unprecedented or reflected sociopolitical or cultural conditions at the time of their publication. These criteria make for a more fascinating list than a simple rollcall of fame, validated by Ashley’s deep and extensive reading. And in fact he constantly mentions other books that he might have chosen, as well as the whole canon of each selected writer, so that we get a sense of the literary network of which these choices are the essential nodes.

Each individual entry is richly structured, consisting of a rendition of the plot; a capsule biography of the author and their career; comments on style and stefnal speculations; and historical contextualization. The bulk of each entry, often 50 percent or more, is the plot summary, and it is here that Ashley’s narratological brilliance meets and matches his critical acuity. He has a flair for extracting the pith of each book’s action and delivering it in entertaining ways. A true sense of fun permeates these accounts. Ashley conveys his enjoyment in a contagious manner, and makes the reader realize why these books still matter. When I read his version of a book I know—say, Childhood’s End—and I see the accuracy of his retelling, then I am confident that he has encapsulated all the other titles with equal sympathy and understanding.

Ashley is not shy about devoting more space to some titles than to others. For instance, his treatment of The Last of My Race (1923), by J. Lionel Tayler, is just about one-page long, while S. Fowler Wright’s The Amphibians (1925) rates four pages. Ashley is also capable of seeing the merits of a book worthy of inclusion despite its flaws. (I call this the Van Vogt Metric.) Of Crisis—1992 (1936) by Benson Herbert, he says, “This quirky novel…has some highly original ideas sadly tarnished by absurd characters.” Unsparing but generous candour is applied to other titles as well. Ashley also keenly points out pivotal milestones, such as when he notes that the novum of using a hollowed-out planet as a spaceship can be traced to that very same Benson Herbert volume! He also embeds each book in the general UK publishing landscape of its era.

Not content with a simple chronological progress, Ashley lumps several books at a time into thematic groupings. World Wars I and II, dystopias, cosmological vistas, atomic apocalypses, the genre sophistications of the 1950s—the individual titles benefit by being linked with their thematic cousins.

Ashley proves himself not a print snob by including four seminal mass-media shows in his survey—The Quatermass Experiment (1953); Journey Into Space (1954); A for Andromeda (1961); and of course Doctor Who (1964). He shows himself sensitive to shifting cultural standards as well, as when he mentions that John Christopher’s The World in Winter (1962) uses “words and phrases which we now shun as disrespectful.” As for representation by women authors, there’s a goodly number of female writers chosen, all treated equally to the males for works of equal genius, although the real world constraints of different eras mean there is not a 50-50 split.

Never indulging in facile choices, always keen to portray his chosen icons in a fair and insightful and joyful manner, Mike Ashley, with this book, has built a temple to British science fiction which should stand as an enduring monument, museum, and cathedral for the field. 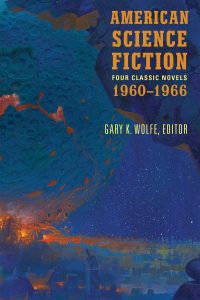 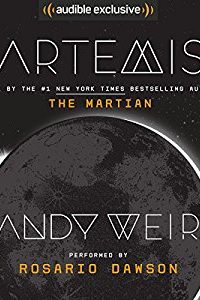