I am not often bowled over by first novels, but I admit to being very delighted and impressed with Ernest Cline’s bestseller, Ready Player One, when it appeared nearly ten years ago. I was then a judge for the John W. Campbell Memorial Award and cast my vote to ensure it got on the shortlist as one of the year’s finest. I was captivated by the book’s insouciance, joie de vivre, authentic voice, optimism, and its fresh and fluent take on pop culture. Not to mention a thrilling narrative.

As I tried to indicate in a subsequent review, Cline’s second novel, Armada, was also enjoyable, but on a less stellar level, being a bit more forced and superficial, unable to fully transcend its lowbrow bricolage. So of course when news came of Ready Player Two, the sequel to his debut, I was hopeful and yet a tad wary. Could Cline capture lightning in a bottle again?

I am delighted to report that he has succeeded to the max. Picking up the threads of the first book just a few days after that action ended, the sequel exudes the same charm and fascination as the original. Characters, tone, voice, all beautifully replicated, continued, and extended. But Cline does not merely push all the same buttons once more. How could he, given the vast climactic, life-altering victory enjoyed by its protagonist, whereby he jumped from lowest of the low to highest of the high? Instead, he levels up to new challenges and themes, while recreating the world we came to enjoy with new depth, as he exfoliates both the virtual universe of the OASIS, and the perpetually collapsing meatspace environment.

I should mention that this is a book that could be spoiled easily, by a reviewer citing two major developments. So I will tread carefully in detailing the plot, choosing a minimalist approach.

We left our hero Wade Watts, AKA “Parzival,” on top of the world—almost literally. He had managed to crack the contest held in the uber-virtual reality realm known as the OASIS, a challenge which left him the sole heir to the estate of dead multi-zillionaire James Halliday, co-creator of the OASIS. (Og Morrow, the other giant genesis figure, had already retired to a semi-reclusive existence.) Wearing the digital Robes of Anorak, Wade is all-powerful in the OASIS. In the real world, he heads the corporation that runs the omnipresent VR, along with his pals Aech, Shoto and Art3mis.

And within the first few pages of this sequel, he has just discovered Halliday’s last paradigm-shattering bequest: a new interface rig that allows full sensory immersion in the OASIS. No more simple and clunky haptic and audio-visual relations with all the multiplex coded wonders. Now there’s total five-senses interactions. And on top of that, one’s livestream can be recorded and played back, granting full overlay consciousness to the user, so that one can temporarily inhabit another mentality.

Life looks bright in the expanded virtual realm, if not so much in the crumbling biosphere, which staggers on as best it can for a few years. One sadness here is that Wade’s love affair with Art3mis has fallen apart, leaving him heartbroken and her distant and chilly. But Wade perseveres.

One new development takes his mind off his troubles somewhat. It suddenly appears that Halliday left a second quest to be solved: the search for the Seven Shards of the Siren’s Soul. But this quest is more abstruse and unclear, and in fact the prize at the end is unknown. So Wade dithers along half-heartedly, until a new character, a fellow “gunter” (“easter egg hunter”) named L0hengrin appears. She has found the first Shard and will sell it to Wade. He agrees to the deal, and this kicks everything into high gear.

But as Wade begins to focus on the hunt, something very bad happens. A rogue Artificial Intelligence, the first of its kind, surfaces in the OASIS. It too wants the Shards, and has found a way to compel Wade to aid it. The threat that the AI deploys does not impact merely Wade, but also every other user as well. Now Wade is gaming to save not only his own life, but the lives of billions of others—including his beloved old and new friends.

This pivotal event occurs about one-third of the way into the tale, and the rest of the book is a series of cascading, unrelenting set-pieces of gaming bravado, all under the Damocles Sword of an impossible deadline. Can Wade and Company complete the quest, figure out the nature of the prize, and stop the AI? Maybe only by destroying the entire OASIS.

As did its predecessor, this book accomplishes several big things. It invests its centerpiece VR setting with as much ontological and epistemological heft as reality. We always feel that events in the OASIS, however fantastical or surreal, have import and consequence. It’s kind of the same effect achieved by classics like The Phantom Tollbooth and A Wrinkle in Time, which parade their cast through weird venues. At the same time, Cline does not neglect meatspace, staging a couple of vivid incidents there too. In fact, he goes totally meta, having Wade direct a telepresence robot in physical space from his perch inside the OASIS, thus inverting or turning inside-out or recomplicating the usual dynamic.

Cline expands the dimensions of his characters from how they were when we first met them. The love story between Wade and Art3mis, paralleled by that backstory account of the one between Og Morrow and his dead wife Kira, is very touching. Additionally, the new bunch headed by L0hengrin is a winning and winsome addition to the cast. I only wish they had been featured even more.

Cline’s utilization of 1980s pop culture matches or surpasses his prior handling of what could have been boring trivia. Like Alan Moore, he transforms what could have been mere fanfic into art. You have not lived until you witness the battle between our heroes and seven avatars of Prince the musician, or an expedition into the world of The Silmarillion. Something like a lacuna did strike me in this outing, however. As extensive as Cline’s coverage of pop culture is, he doesn’t do comics. There’s no Marvel or DC worlds in the OASIS. Surely classic Love & Rockets issues from the 1980s could have provided some killer moments. But Cline is apparently just not a comics guy, which leaves the OASIS unrealistically threadbare in that one spot.

However, this small omission was noticeable only in retrospect, for the propulsive action carries us along like a white-water rafting expedition, to a conclusion that is unforeseen and utterly satisfying.

Along with Matt Ruff’s 88 Names and Neal Stephenson’s Fall; or Dodge in Hell, Cline new novel illustrates that the realms we dream into existence matter just as much—and contain as much heartbreak, pathos and love—as the one that some ineffable Creator dreamed up for us. 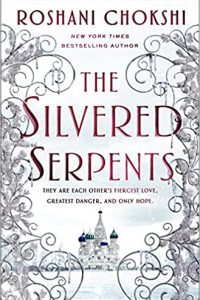 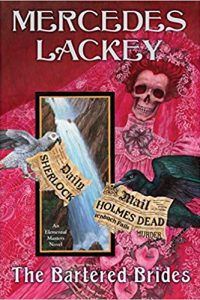