In so many of our modern stories, saying the above phrase almost feels like an insult. It’s often a dour statement, juxtaposed against how characters will do anything to make romantic relationships work, or how the power of blood family can make evil people return to a path of righteousness.

But friendship? It’s often presented as a lower-tier relationship, something given to a secondary character to help the main character achieve their goal of family connections or romance.

Which is kind of sad, isn’t it?

Friendship, after all, is really one of the cornerstones of our lives, even if we don’t always see it. This has been particularly amplified over the past year given the way COVID-19 has cut us off from physically seeing each other. During this time, people have found ways to support each other virtually, whether through group texts or instant messaging or Zoom calls. For many of us, family may have kept us going, but friendship has kept us sane.

Think about your closest friends, the true friends who ride-or-die with you across the most difficult and extreme circumstances. Those relationships are often built on a combination of “Do I like spending time with you?” and “Do I trust you?”—and the answers to those questions are matters of choice. That choice is one of the most distinguishing and important aspects of friendship, and in many ways, makes it more precious than the built-in ties of blood relations, and certainly removes the component of sexual attraction found in most romantic relationships. 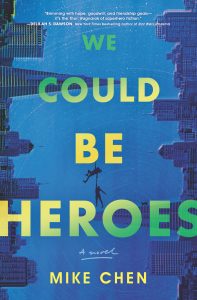 In modern storytelling, the value of friendship often doesn’t exist. There’s a reason why most stories have a romantic subplot by default. And that’s not to say that these types of subplots—or subplots involving blood family relationships—are bad or shouldn’t exist; it’s just that our society and culture would benefit from our stories reflecting a better balance, particularly among friends who could theoretically be romantic but choose not to.

Think of Donna Noble (Catherine Tate) saying “He’s my best mate” about the 10th Doctor (David Tennant) in Doctor Who. Or how the Marvel Cinematic Universe versions of Captain America (Chris Evans) and Black Widow (Scarlett Johansson) build their friendship on respect, trust, and ultimately shared grief. Or how David (Dan Levy) and Stevie (Emily Hampshire) in Schitt’s Creek start off with a semi-romantic relationship but ultimately decide that they’re much better off as friends. Or how Broadchurch’s Alec Hardy (Tennant again) and Ellie Miller (Olivia Colman) work closely together but never bother approaching the sexual tension found in other similar leading duos.

These friendships stand out because they’re somewhat rare—I know, because I put the question out there to various friends and most answers were in more obscure books/graphic novels or just left to head-scratching.

Google the question “can men and women be friends?” and you’ll find a long list of essays arguing both for and against this. There’s no consensus, and that spread of opinions comes loaded with political, cultural, and religious implications. An entire subgenre of comedies, primarily from the 1980s and 1990s, has been built around the idea that friendships between men and women lead to wacky hijinks and are ultimately impossible (and usually end by flipping into a sudden romantic epiphany). The social implications of how modern stories undervalue friendship means that these types of relationships aren’t normalized, which creates a self-perpetuating cycle where friendship isn’t taken seriously and is often viewed as disposable or second-class.

Which is absurd given how true friendships grow the most organically of our relationships. They have space to evolve, they remain through good times and bad, there’s a distinct choice involved that doesn’t exist in familial relationships, and they often outlast romantic relationships, even a lot of marriages.

When I wrote We Could Be Heroes, I knew from the very beginning that I wanted it to be about unlikely friends and about the effort it takes to build a deep friendship of trust and respect. I wanted Jamie and Zoe, who could theoretically hook up (Zoe is a straight woman, Jamie is a pansexual man), to each have conscious internal moments where they choose not to, and instead understand that they have built something deeper than physical attraction. In that way, the book’s biggest subplot is in fact a love story but with a different lens to love—and we as a society should recognize that friendship is one of the most important types of love we can feel.

Friendship is messy and long, and the stakes are often not as dramatic as romantic relationships. However, it builds the foundation for who we are as people, giving us the ability to do anything from lean on them during dire times to simply enjoying their company to walking away if it feels right. In the best of circumstances, the accumulation of all these friendships creates a lasting impact on the core of who we are.

Saying you love someone like a friend shouldn’t be an insult. It should show the power of choice over the given defaults of blood family, the power of steadiness over the intensity of romance, the power of consistency over flings that come and go. As Jamie tells Zoe in We Could Be Heroes, “You are my friend. You have made me a better person.”

That’s how I feel about my friends. And that’s what I want more of our stories to say, and I think doing so will open up a new type of kindness and affection in our society.

Because after everything we’ve been through over the last few years, couldn’t we all use a few more good friends? 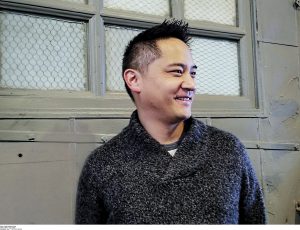 Mike Chen is a lifelong writer, from crafting fan fiction as a child to somehow getting paid for words as an adult. He has contributed to major geek websites (The Mary Sue, The Portalist, Tor) and covered the NHL for mainstream media outlets. A member of SFWA and Codex Writers, Mike lives in the Bay Area, where he can be found playing video games and watching Doctor Who with his wife, daughter, and rescue animals.