Author Kathleen Ann Goonan, 68, died January 28, 2021. She was born May 14, 1952 in Cincinnati OH and at age eight moved to Hawaii for two years while her father worked for the Navy, after which the family moved to Washington DC. She got a degree in English from Virginia Tech in 1975, and earned her Association Montessori International Certification in 1976. She taught school for 13 years, ten of those at Montessori schools, including eight years at a school she founded in Knoxville TN. She spent a year back in Hawaii and took up writing full time before returning to the DC area in 1988, the same year she attended Clarion West. She began teaching at Georgia Tech in 2010, where she was a Professor of the Practice.

Goonan and her work were featured in venues such as Scientific American (‘‘Shamans of the Small’’) and Popular Science (‘‘Science Fiction’s Best Minds Envision the Future’’). As a member of SIGMA, she gave talks for the Joint Services Small Arms Project and the Global Competitiveness Forum in Ryhad. She published more than 40 short stories, including ‘‘A Love Supreme’’ (Discover Magazine 10/12), ‘‘Bootstrap’’ (Twelve Tomorrows 9/13), ‘‘Sport’’ (ARC 2/14), ‘‘What Are We? Where Do We Come From? Where Are We Going?’’ (Tor.com), ‘‘Girl In Wave; Wave In Girl’’ (Hieroglyph), ‘‘Wilder Still, the Stars’’ (Reach for Infinity), and ‘‘A Short History of the Twentieth Century, or, When You Wish Upon A Star’’ (Tor.com). 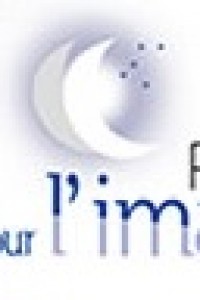