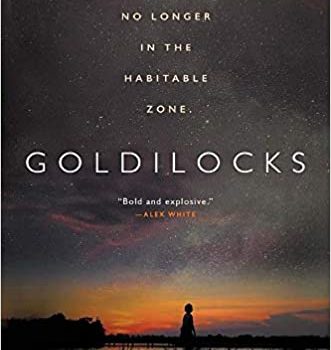 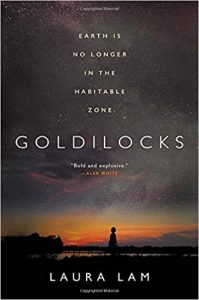 Laura Lam’s Goldilocks opens with five women stealing a small space shuttle, one that will get them to a space station in Earth’s orbit. From there, they’ll hijack the Atalanta, a much larger ship able to travel faster than the speed of light (or so they think), which they’ll pilot to Cavendish, a “Goldilocks” planet that should support human life. Their descent into lawlessness is forgivable, in some ways, because life here on Earth has moved from climatically chaotic to completely unsustainable.

It’s a good plan. It should be. Members of this rogue crew were integral parts of the design and engineering of the Atalanta. They were pushed off of the inaugural team of astronauts because the administration of the newest US President is convinced that women don’t belong anywhere but at home. Rather than allow themselves to be side­lined, these five take matters into their own hands.

As you’d expect, it’s not simple – and the plot of Goldilocks isn’t what you’d anticipate. Yes, it is about a heist and its repercussions. It’s also a thriller, sort of, and a mother-figure-and-daughter drama. There’s a virus-related part of the plot that eerily echoes what’s going on right now. It’s also very meditative, given all that it is trying to do.

Naomi is the daughter in the above descriptor. Her mother-figure, Valerie, is the Elon Musk-like mogul who pushed for the Atalanta project. Naomi has been working with the seeds and soil from Cavendish that unmanned probes, which have been the only items to successfully use a newly discovered FTL drive, have brought back. Given how long Naomi and Valerie have been a family unit, Naomi is one of the first to notice that Valerie does not like it when things don’t break her way – and things really start to not break her way once the crew is about to see if humans can survive the FTL push, too.

Lam weaves all of these types of stories into a cohesive narrative. At times, the characters feel a little hollow, particularly those around the Naomi-Valerie axis. There are some twists that don’t quite work – but all of these small missteps are forgivable when the writer has taken such a big swing. The narrative of Goldilocks isn’t what you expect it to be, and that is what makes it work.