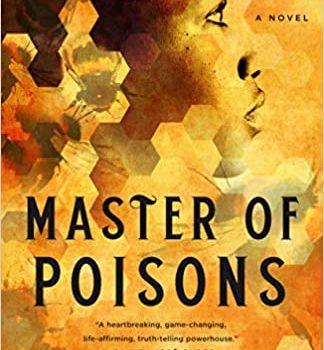 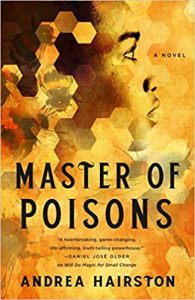 With Master of Poisons, Andrea Hairston has con­jured a new and limitless fantasy world, one with significant social and environmental resonance to our own. This book is truly one of a kind, a completely unique vision for how epic fantasy should look and feel, and it’s crafted as intricately and beautifully as a glass mosaic. However, such originality bears a significant cost. Master of Poisons is a slog. Every sentence is stripped of unnecessary articles and formed as lyrically as possible, which makes reading a page tiring; the book has five hundred of them. The reading experience moves like an ice skater, gliding continuously on fast-moving scenes, never allow­ing the reader to pause and take a breath. And the characters undergo such pain and heartbreak that the reader may lose her taste for the story long before it ends. Although I walked away from this book with overwhelming awe and admiration for it, I found it exhausting and difficult to recommend.

Master of Poisons swaps points of view between Djola, a man hungry for magical power that puts ev­eryone around him at risk, and Awa, a young woman with enormous talent facing major obstacles. Across the eight years the novel covers, Djola and Awa zigzag across the Arkhysian Empire seeking answers: to the environmental problems Djola predicts, which wrack the Empire with famine and may render it uninhabit­able; to the lack of belonging Awa feels after a series of jolts tears her from family, friends, and purpose; to the social prejudice and persecution which turns citizens against each other and literally bleeds sectors of the populace dry. The answers (and perpetuation) of some of these problems lie in Smokeland, a spirit realm where more magic is possible and the boundar­ies of life and death mean less.

Awa can navigate Smokeland with ease, and Djola can barely navigate it at all. Awa doesn’t know how to embrace love and family when both have betrayed her so harshly, while Djola pines for the love and family he has lost. It’s a wise writer who plays both ends of life experience this way, narrating from each side in turn. Hairston strategizes the book’s plot movements carefully to demonstrate how Djola and Awa’s jour­neys differ, and how they parallel each other, before they dovetail. The coincidences between them feel not forced, but part of the grand pattern of this universe, which is fully formed and appealingly detailed. Yet it shares essential human experiences with our own world: compassion, suffering, ambition, belonging.

The most obvious way in which Master of Poisons departs from the usual run of epic fantasy is its lan­guage. Hairston writes almost in dialect, dispensing with articles both common and possessive: “Awa forgot throbbing feet and hugged this prospect to her heart.” “Blossoms burnt by desert wind bear no fruits, no seeds… Rotten groundnuts and berries mean songbirds starve.” “Void-smoke drifted from vacant eyes as the fiends fed feverishly.” The speed of such language would be breakneck in another book, but this one takes its time unfolding, and grounds its action in the natural world. Hairston also uses terrific turns of phrase: “friend bees” is a repeated adjective-noun combination, and one character’s belly is described as “a dumpling burial ground.” On a sentence level, the book is a stunning accomplishment – I haven’t even mentioned the multiple languages, and the repeated phrases in those languages that build the mythology of the Arkhysian Empire and forecast its salvation – but one much more suited to the brevity of a poetry collection, not a long novel.

The velocity of Hairston’s language, and the way she uses short bursts of description to fill out dialogue-heavy scenes and action-heavy sequences, mean the book has an unusually steady pace – that gliding sensation I mentioned. It also means that multiple aspects of the world and its rules remain wholly un­clear. The reader has a sense that she’s glided right by them. What exactly is Smokeland? Are the residents of the floating cities the same people as the northern­ers? Why are Mountain Gates good but Dream Gates bad? How do the Gates even work, and what do they keep out? How come everyone in the cities knows who the wise women are but the wise women never seem to visit the cities? Some of my questions similar to these got answered eventually, or were revealed as unimportant, but mostly they continued to swirl around. I kept thinking that I’d never known more about what wasn’t going on in a book.

At a sufficient distance, these flaws don’t re­ally matter. Andrea Hairston has created something genuinely remarkable, a book containing mysteries and emotional depth that will outlast a great deal of contemporary epic fantasy. Master of Poisons makes its peers seem dinky and meaningless, books to pass the time rather than fill it. Yet I can’t say it’s a book for everyone. It’s tiring and obtuse, and there’s no way I can minimize these issues in order to recommend the novel with a full heart. 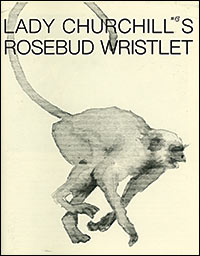 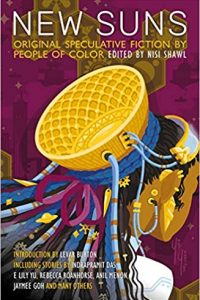 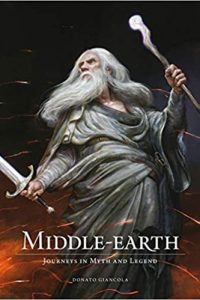