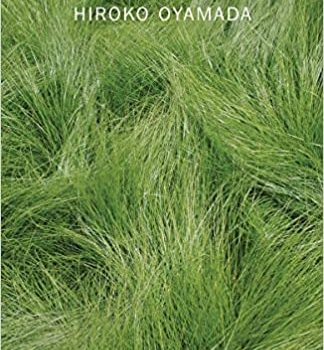 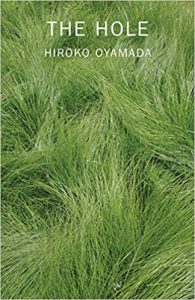 I reviewed Japanese author Hiroko Oyamada’s English language debut, The Factory, back in December 2019. That novel, set in the almost infinite environs of the eponymous Factory, marked Oyamada out as a writer with an eye for political satire and a taste for the absurd. Unlike its predecessor, which immediately drops the reader into its Kafka-esque setting, The Hole (translated by David Boyd) has a more sedate, even mundane beginning. Told from the perspective of Asa, we learn that she and her husband have recently moved to the country, necessitated by his job transferring out of the city. They take residence in the property next door to her husband’s parents; however, without a career of her own, Asa finds little to keep her occupied:

People say housewives get free room and board and time to nap, but the truth is nap­ping was the most economical way to make it through the day. The hours moved slowly, but the days passed with staggering speed. Soon I lost all sense of time.

When she does eventually leave the house, on an errand for her mother-in-law, she is forced to contend with the blazing hot sun, the constant screech of cicadas, and, through the long grass, a big black animal. It’s as she follows this strange beast along the riverbank that she falls into a hole, one that she notes “was exactly my size – a trap made just for me.”

The Hole clearly takes its cues from Alice in Wonderland. The black animal, with its “long and pointy” face, is the inverse of the White Rabbit leading Asa/Alice to its hole, whereas her husband’s grandfather (Grandpa), continually watering the garden with a grin that “couldn’t get any wider, [but] did” plays the role of the Cheshire Cat. Later, we encounter Asa’s brother-in-law, the black sheep of the family hid­den from sight with all the neuroses, antics and non-sequiturs of a Mad Hatter. And while Asa’s mother-in-law might not be as violent as the Queen of Hearts (she doesn’t order the lopping off of Asa’s head), her cruelty is apparent in the manner she passive-aggressively gaslights and demeans her daughter-in-law. These allusions to Alice in Wonderland, which undermine Asa’s grip on reality, also amplify how disconnected she is from the wider world. Her husband barely pays attention to Asa, he’s either at work or chat­ting to his mates (“unlike me, my husband had a lot of friends”), while the people she encounters refer to her as “the bride” as if Asa has no in­dependence or agency, her identity inextricably linked to her husband’s household.

While Oyamada deftly realises her character’s experience of loneliness and isolation, what makes her short novel all the more striking is a quirk of publishing fate: that I’m reading the book in 2020 and not when it was originally pub­lished (in Japan) in 2014. If I’d read it back then – or even nine months ago – I’m sure I would have still been sympathetic to Asa’s plight, but I doubt my reaction would have been as visceral. Of all the novels I’ve reviewed this year that have echoed and reflected the ongoing anxiety of being alive during 2020, The Hole is the best at capturing that suffocating and oppressive feel­ing of being quarantined (for good reason) from friends, family, and work colleagues.