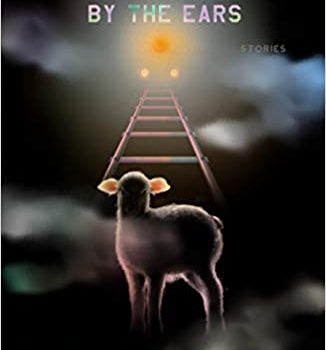 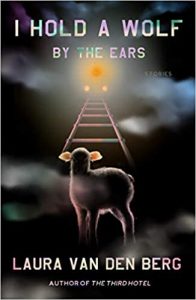 The 11 stories that make up Laura van den Berg’s new collection, I Hold a Wolf by the Ears, may have been written over the last sev­eral years, but they feel very much of the now. Just as the rude shock that is 2020 has forced many of us to reflect on what we once took for granted – common sense, Government work­ing for the people, a dedication to the scientific method – the women portrayed in van den Berg’s book experience a similar, existential jolt to the system as they find themselves questioning their beliefs and sense of self.

In the collection’s opening story, “Last Night”, a 60-year-old woman is driven, against her better judgement, to recall the ten months she spent at the age of 17 in an institution that catered to the “mental troubles of women.” Rather than play up the trauma and anguish of a teenager dealing with suicidal ideation, there’s a wistful quality to the narrative, as our narrator imagines, but never commits to, a reality where she, and a couple of other girls, commit suicide by train. The inspiration for self-reflection in stories like “Hill of Hell”, “Cult of Mary”, and “Volcano House” is death, or near death, of a close family member: a sister, a daughter, a mother. Of those three, “Hill of Hell” is the one that resonated with me the most. Like “Last Night” the main character canvasses the “blood and guts” of her past. She tells us about her first marriage where, having not wanted children, she falls pregnant and tragically gives birth to a stillborn baby, and then her second marriage where she’s pushed for a child and has a daughter – “a difficult human being” – who in her 20s is diagnosed with cancer. Yes, “Hill of Hell” is a grim story that sometimes reads like an extract from the Book of Job, but it’s also an extraordi­nary depiction of grief, of unfulfilled desires, of keeping secrets from those you love.

Similar to van den Berg’s second novel, The Third Hotel, which I reviewed in August 2018 (an eternity ago), several of the stories in I Hold a Wolf by the Ears have an absurdist aesthetic (I compared van den Berg to David Lynch and I stand by that remark). “Slumberland” is an unsettling story about a woman who, unable to sleep because the occupant in the apartment above won’t stop wailing, spends each evening taking eerie, ghostly photos of Orlando at night. When the photographer eventually confronts the wailer, she discovers that her neighbour sobs for a living: “She took calls for a fetish hotline that catered to people who were sexually aroused by the sound of another person weeping.” In “Friends”, Sarah, who moves to a medium-sized city where the “people were moderately friendly… the streets were moderately busy [and] the shops were moderately expensive and moderately good looking,” goes on a decidedly odd, but sinister train-trip with Holly, a woman she’s only just met. “Lizards” is van den Berg’s darkly satirical response to Brett Kavanaugh’s confirmation hearing (he’s referred to as “the judge”). With his wife enraged at the sexual abuse allegations levelled at the Supreme Court nominee, a husband purchases a no-name brand of sparkling water that almost immediately puts his wife to sleep. What’s devastating about “Liz­ards” is that the wife, alert to her husband’s plan, continues to drink the water because she’d rather choose the ignorance afforded by sleep than the constant exhaustion of always being angry. “Your Second Wife” – probably my favourite piece in the collection, though there’s a number of likely candidates – is about a woman who earns money by impersonating dead wives (a skill she discovers by accident). As a discussion about the paradoxical nature of the gig economy – “the longer you stay in the gig economy, with its strange mix of volatility and freedom, the harder it is to get out” – “Your Second Wife” speaks to how the free market has commodified even the most intimate aspects of our lives. And finally, there’s the title story, which caps off the collection, a beautifully bonkers but twisted tale about identity theft, self-destructive personalities, mislaid passports, the most laconic concierge in the history of literature, the scent of marzipan, a race involving vintage cars, and hot-blooded sex at a science conference, all set within the walls of a medieval village on the Mediterranean coast.

The stories in I Hold a Wolf by the Ears showcase van den Berg’s ability to dig deep into the interior lives of her female characters, to explore their doubts, their anxieties, and their anger as they confront a world that makes little sense. Like I say above, it’s very much in keeping with 2020. 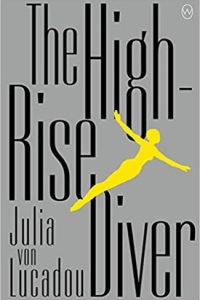