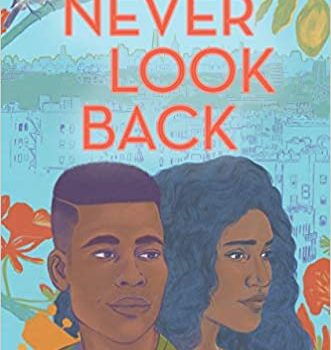 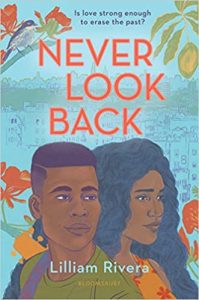 In this modern retelling of the Orpheus and Eu­rydice myth, “Pheus” is a guitar playing lothario planning a fun-filled summer in the Bronx, and “Eury” is a Puerto Rican refugee of Hurricane Maria sent to recuperate with family. They come together at a typical teen beach party where Pheus tries his usual schtick and Eury exhibits no small degree of reticence. He wants to play a romantic game, but Eury’s life is not made for that; she has far more serious things to contend with. How they get from a bit of flirtation to the Underworld is what makes Never Look Back such an intense read, and why it should be a go-to for any fan of dark mythology.

Eury’s relationship with Ato, the spirit only she can see, began the day her father left. Ato was a patient but unpredictable playmate when she was little but became increasingly more possessive as she grew older. Now a teenager, Eury knows that Hurricane Maria was the result of one of Ato’s rages. She suffers not only from PTSD related to the storm, but a near crippling anxiety over what Ato might do next. Her mother has been reluctant to place her in formal therapy or on medication for her “visions” (which everyone attributes to the hurricane), but brings her up to the Bronx for the summer hoping that time away from their new home in Florida (where they were forced to relocate after the storm) will help. Ato follows her north, however, and again, no one believes Eury. Then Pheus sees the spirit, and when Eury tells him her story, he is not dismissive like everyone else. It should be a watershed moment for them both, except Ato’s anger escalates and Eury, who is certain now that he is Death, quickly learns there is no way to escape.

In some ways, Lilliam Rivera’s Never Look Back is 100% the story of the worst stalking situation in human history. (In retrospect, it’s always been that.) Rivera does an excellent job of showing (via flashback) how Ato constructed a false friendship with Eury as a child. She also show how fear of what Ato might do governs every decision Eury makes. The teen spends an enormous amount of time trying to keep Ato at arm’s length but satisfied, while at the same time dealing with the fact that no one else thinks this monster is real. (Rivera takes the whole idea of gaslighting up a serious notch here.) Pheus is the unlikeliest of heroes, as he really is a bit of a player. Feckless to the extreme, a talented singer and musician but unwilling to take his music too seriously, he initially considers Eury just another summer dalliance. When he sees Ato, and, more importantly, when he takes Eury seriously, everything changes. By then, however, Ato is unstoppable, and Eury is whisked away to the Underworld. Pheus must undergo a great challenge to follow her, she must break away from Ato, bargains must be made of them, and, as anyone familiar with the myth knows, they must walk out with Pheus swearing to “never look back.”

Rivera makes the story of Orpheus and Eu­rydice much richer (and likely far more compel­ling for contemporary teens), by transferring the myth to the Bronx and making both characters Afro-Latinx. One of the things that Pheus and Eury bond over is the music of Prince (to­tally understandable), which is a delight to read about. More importantly however, Eury is an active and significant participant in Never Look Back – she is not tasked with merely following Pheus out of the Underworld. Rivera shows how Eury has been protecting everyone she loves from Ato for years. Her courage is central to the book’s plot, with Pheus actually learning from her how to become his bravest self. Coupled with the weaving of the Greek myth into the Carib­bean’s Taíno history, and also casting a serious eye on how teen hook-up culture (as practiced by Pheus early on) can be harmful in a multitude of ways, Never Look Back is very much a novel with sterling prescience for modern times. Read it through once and then go back again; you will likely be stunned by just how relevant this myth becomes in Lillam Rivera’s hands. 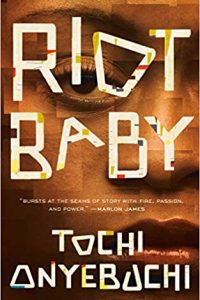 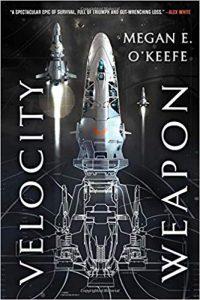