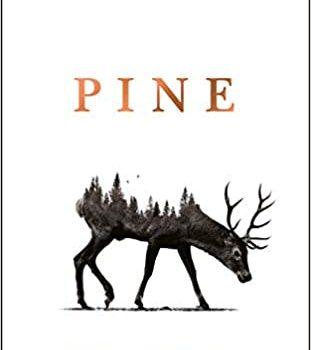 Author TOMI ADEYEMI was named one of the 100 most influen­tial people of 2020 by Time in the “Pioneers” category. For the full list: <time.com/collection/100-most-influential-people-2020/>.

CHARLOTTE HONIGMAN‘s “The Partisan and the Witch” (Skull and Pestle: New Tales of Baba Yaga) won the 2020 Washington Science Fiction Association Small Press Award for Short Fiction. The award, recognizing “the best original short fiction published by small presses in the previous year,” was presented at Capclave, held online from October 17-18, 2020. The winner was chosen by members of WSFA.

JOHN CROWLEY sold Flint and Mirror, expanded from his 2018 novelette of the same name, to Patrick Nielsen Hayden at Tor via Howard Morhaim.

CHUCK WENDIG sold Way­ward (sequel to Wanderers), The Orchard (“about the dark history of a small town, apple cultivation, and American colonialism”), and a third book to Tricia Narwani at Del Rey via Stacia Decker of Dunow, Carlson & Lerner.

FAITH HUNTER sold story collection Of Claws and Fangs, a new Jane Yellowrock title, and the next installment in the Soulwood series to Jessica Wade at Ace via Lucienne Diver of the Knight Agency.

R.A. SALVATORE sold three books in a new series set in the world of his DemonWars Saga to Joe Monti at Saga Press via Paul Lucas of Janklow & Nesbit.

ASHOK BANKER sold revenge thriller A Kiss After Dying (in­spired by IRA LEVIN‘s classic A Kiss Before Dying) to Joel Richardson at Michael Joseph in the UK via John Jarrold of the John Jarrold Literary Agency.

SIRI PETTERSEN sold The Iron Wolf and two more in the Vardari fantasy mystery trilogy inspired by Norse mythology to Jan Weitendorf von Hacht at Arctis US in a pre-empt via Lena Stjernstrom of Grand Agency.

DANIEL FORD sold The War­den and two more in a new fantasy series to Christopher Morgan at Tor via Paul Lucas of Janklow & Nes­bit on behalf of Ren Balcombe.

HARRISON QUERY & MATT QUERY sold horror novel My Wife and I Bought a Ranch, which be­gan as a popular post on Reddit’s “No Sleep” fiction forum, to Wes Miller at Grand Central at auction via Liz Parker at Verve Talent & Literary.

JAYNE COWIE sold Curfew – “The Handmaid’s Tale but with the women in charge” – and a sec­ond book to Jen Monroe at Berk­ley in a pre-empt via Allison Hellegers of Stimola Literary Stu­dio on behalf of Ella Kahn of Dia­mond Kahn and Woods Literary Agency. Jennie Rothwell at Arrow bought UK rights at auction.

SANDRA NEWMAN sold The Men, set in a world where all the men have vanished, to Anne Meadows at Granta via Victoria Hobbs of A.M. Heath.

SIERRA CHRISTMAN sold The Assassin & The Libertine and another book to Heather McCorkle at Mystic Owl.

MARA RUTHERFORD sold fantasy The Poison Season and another book to Connolly Bottum at Inkyard Press via Uwe Stender of TriadaUS Literary Agency.

TIM RAYBORN‘s Qwyrk and three more in a humorous fan­tasy series sold to Judith Bai­ley at Armin Lear Press via Maryann Karinch of The Rudy Agency.

RORY POWER sold YA specu­lative thriller The World Ends Here and a second book to Krista Marino at Delacorte for six figures via Kim Witherspoon and Jessica Mileo of Inkwell Management.

JENNIFER BAKER sold YA SF novel Forgive Me Not (“set in an alternate version of Queens NY, where the fate of female offenders is left in the hands of their victims”) and a second book to Sta­cey Barney at Putnam Children’s in a pre-empt via Jenni Ferrari-Adler of Union Literary.

ELAYNE AUDREY BECKER sold YA fantasy Forestborn and a second title to Lindsey Hall at Tor Teen via Hillary Jacobson of ICM.

ROBYN SCHNEIDER‘s Arthu­rian YA The Other Merlin and a second book sold to Jenny Bak at Viking Children’s in a pre-empt via Barbara Poelle of Irene Goodman Agency.

ADALYN GRACE sold “Goth­ic-infused” YA Belladonna and a second title to Hallie Tibbetts at Little, Brown Children’s at auction, via Pete Knapp of Park & Fine Lit­erary and Media.

F.T. LUKENS sold How to Survive Ever After – “Dungeons & Dragons meets Carry On” – to Kate Prosswimmer at Margaret K. McElderry Books via Eva Scalzo of Speilburg Literary Agency.

B.L. RADLEY‘s queer YA superhero novel Strictly No Hero­ics went to Holly West at Feiwel and Friends at auction via Beth Marshea of Ladderbird Literary Agency.

KALYN JOSEPHSON sold YA This Dark Descent and a second book to Kate Meltzer at Roar­ing Brook Press via Carrie Pestritto of Laura Dail Literary Agency.

Debut author GABRIELA ROMERO LACRUZ sold South American history and folklore-inspired epic fantasy The Sun and the Void and a second book to An­geline Rodriguez at Orbit via Naomi Davis of BookEnds.

New writer PATRICIA JACK­SON sold Forging a Nightmare to Eleanor Teasdale at Angry Robot in a pre-empt via Sara Megibow of kt literary.

OKEZIE NWOKA‘s first novel God of Mercy, about an Igbo vil­lage and a girl who can fly, went to Danny Vazquez at Astra House at auction via Ross Harris of Stuart Krichevsky Agency.

BRANDY MOORE sold first novel The 4th Kinetic and sequels The 5th Strain and The 6th Serum in the Clairvoyants series to Candace Thomas at Cayelle via Stephanie Hansen of Metamorphosis Literary Agency.

HELEN DE CRUZ, RICH HORTON & ERIC SCHWITZ-GEBEL will edit an anthology “intending to collect ‘The Best Philosophical Science Fiction in the History of All Earth,’ as our original proposal somewhat ambitiously put it,” for MIT Press.

JEFF VANDERMEER re­sold Hummingbird Salamander to Fourth Estate in the UK via Devon Mazzone at US publisher Farrar, Straus, Giroux.

MATTHEW HUGHES deliv­ered Barbarians of the Beyond, an authorized sequel to JACK VANCE‘s series The Demon Princes, to John Vance at Spatter­light Press.

C.L. CLARK is the new Blog Editor for the Science Fiction and Fantasy Writers of America, replac­ing TODD VANDERMARK, who stepped down earlier this summer.

SCOTT WESTERFELD‘s YA Uglies is being adapted as a film for Netflix, directed by McG and starring and executive produced by Joey King.

TV rights to PAUL BRADDON‘s SF novel The Actuality were op­tioned by BBC Studios via Marc Simonsson of SoloSon Media on behalf of Joanna Swainson at Hard­man & Swainson.

This and more like it in the November 2020 issue of Locus.

February 12, 2014 admin Comments Off on SFWA Responds to Anti-Censorship Petition 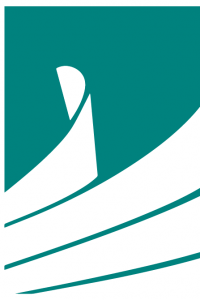