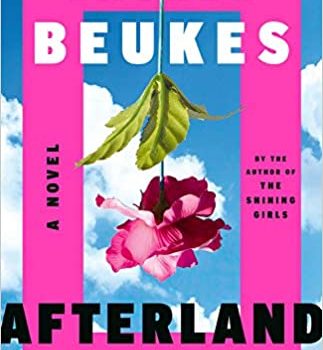 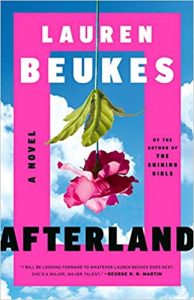 Released in April, the popularity of Law­rence Wright’s plague novel, The End of October, may have persuaded some to believe there was still an appetite for fictional pandemics. Six months later, and with a second wave of COVID-19 erupting across the globe (as I write this my hometown, Melbourne, is in the fifth week of Lockdown 2.0) it’s difficult to imagine anyone rushing out to their local bookstore (if they can leave their house) to seek out stories centred on viral outbreaks. I certainly struggled to make it past the first 30 pages of Lauren Beukes’s new book Afterland. What got me through the novel was Beukes’s skill as a storyteller and the fact that her virus, and the apocalyptic scenario she presents, bears little resemblance to what we’re all dealing with now.

The cause of Beukes’s pandemic is an oncovirus dubbed the Human Culgoa Virus (HCV) which, like Epstein-Barr and human papillomavirus (HPV), causes cancer. As such, Afterland doesn’t feature scenes of people in quarantine, or govern­ment’s mandating masks, but rather hospitals filled to the gunnels with cancer patients. The closest Beukes gets to our COVID-19 reality is a reference to incinerators and refrigerated containers stacked high with body bags recalling the shipping con­tainers used as temporary morgues in New York City. HCV also only affects people who have a prostate gland. Over twelve months, the virus kills an estimated 3.2 billion males and, while women are unaffected, the lack of a workable vaccine leads to the introduction of the Reprohibition Accord: a global ban on procreation. In America, the Government orders that men immune to HCV be sent to army bases and then heavily guarded palatial estates where they live in relative comfort. This includes two of our protagonists, 12-year-old Miles and his mother Cole (short for Nicole), who have spent several months in a “gilded cage” called Ataraxia. The novel, however, opens in media res with Cole and Miles – the latter now forced to masquerade as a girl – fleeing the safety of the estate. They’re on the run because shortly after arriving at Ataraxia, Cole’s ne’er-do-well sister Billie, missing presumed dead, makes an appearance at the gates of the compound. It tran­spires that, with or without her sister’s permission, Billie intends to sell Miles and his valuable sperm to the highest bidder. But before she can bundle her nephew into the back of an SUV, Cole takes a tire-iron to her sister’s skull. This circles us back to the opening chapter: a mother and son on the lam, seeking salvation and safety in an America devastated by a gender-specific virus.

For the first half of Afterland, Beukes expertly parcels out the plot and worldbuilding through a series of flashbacks (the novelist’s best friend) and an interlude that features a colourful FAQ about HCV. Beukes excels, though, in how she efficiently nails the distinctive voices of the protagonists: Cole, Miles, and Billie. In a story about fraught family relationships, she deftly portrays Cole as a mother struggling to save her son, while consumed with guilt over the murder of her sister (she has no idea Billie survived the tire-iron); Miles as a soon-to-be teenager growing increasingly frustrated at his mother’s unwilling­ness to confide in him, while wishing for a world where he need not hide his identity; and Billie as a survivor relying entirely on her instincts, who ultimately puts her ambition and greed above that of her family’s safety.

As much I enjoyed Beukes’s depiction of the characters, I was less impressed with the narrative choices she makes in the second half of After­land. As a chase novel, the plot requires that the pursued (Cole and Miles) and the pursuer (Billie) be kept apart until the climax. There were conse­quently times where the narrative sat in a holding pattern waiting for one of our heroes to make a poor decision to push the story along. The novel was also weighed down by the introduction of The Church of All Sorrows: a religious order who be­lieve if all women apologise for their sins men will return. While their zealotry, mixed with empathy and kindness, is undoubtedly memorable, the toxic message they spread, which infects Miles, becomes stifling toward the back end of the book.

My major issue with Afterland is that, given the sudden shift in political and social power, Beukes doesn’t take the opportunity to imagine an America free from the influence of men. She does tease the idea, with a mention of other countries considering alternative economies and thriving because “there are no all-male terrorist groups or militias roaming around,” but in the end Beukes’s America is a bog-standard dystopia replete with check-points, extremist religious groups, and prison camps. Even a concept as chilling, and yet horribly justified, as the Reprohibition Accord is treated more as a plot point (the reason Billie is chasing after Miles) than a commentary on reproductive rights. Beukes is a fine writer, and Afterland is a genuinely entertaining read – even during a Stage 4 lockdown – but it’s also a novel that undercooks its premise, and that’s a shame. 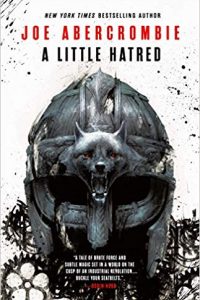