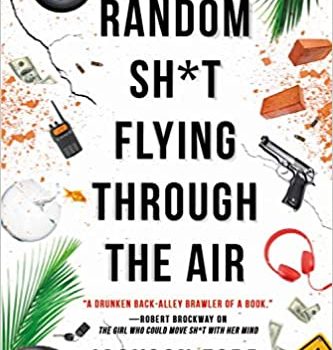 Jackson Ford’s The Girl Who Could Move Sh*t With Her Mind was a propulsive, compulsively fun scamper through a Los Angeles in a world similar to ours with one exception: thanks to a family of rogue scientists, there exists a woman named Teagan who can, as the title says, move sh*t with her mind. She works for the China Shop, a moving company that is the front for a shady government agency. Mayhem ensues and is resolved.

Random Sh*t Flying Through the Air picks up almost right where the first book left off. Teagan is trying to move her relationship with possible love interest Nic along to a new level. Only this time, an 8.3 earthquake hits L.A. and, as you’d imagine, all kinds of hell break loose. Teagan and the China Shop gang have to figure out who or what is responsible, while dealing with downed communication lines, impassible roads, micro-management, and, indeed, random sh*t flying through the air.

Ford continues to grow Teagan’s character, expand his world’s story, and speed events along. This is turning into a light series (with the oc­casional very dark moment) all about a brash psychokinetic operative and those who must work with her. 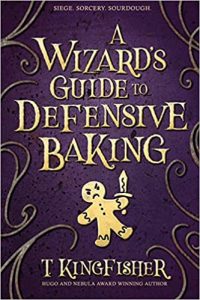 T. Kingfisher (the name adopted by Ursula Vernon when she isn’t writing a book for young kids) is back with a story about a 14-year-old baker and how she finds herself forced to save her city. It’s similar in theme and tone to Vernon’s Minor Mage – in that it is about a young person with a small gift who doesn’t feel worthy of being a hero but does it anyway – but this one has decidedly more cookies in it. And, of course, it is chock full of Vernon’s dark whimsy.

A Wizard’s Guide to Defensive Baking opens with the aforementioned 14-year-old baker, Mona, arriving at work in the wee hours and discovering the body of a dead girl on the floor. That isn’t the normal day’s routine, not even in a Vernon book. Mona’s aunt calls the authorities, such as they are, and Mona is promptly arrested for a crime she didn’t commit. But she does discover that those in the town with magical talent, no matter how minor, are turning up dead or fleeing the place. Mona’s magic is decidedly minor – she can charm dough to not burn or make gingerbread men dance – but it is enough to make her future in the town a scary one.

In addition to her ability to craft engagingly quirky characters, Vernon excels at the amusing little details that hover in any world’s margins. Early on, a casual aside about zombie frogs turning up in the bakery every now and again because the church down the street is careless with their Holy Water, sets up how the world works. By the time the reader is introduced to Bob, the malevolent (and hungry) sourdough starter, the reader knows if they are down for a Pratchettian world where magic makes for a mostly amusing background, except when it doesn’t. While Vernon shares a tone with the late Sir Terry, her work isn’t as concerned with satirizing human behavior as much as being baffled by it. Both, however, celebrate the imperfect progress we all make toward becoming better humans. 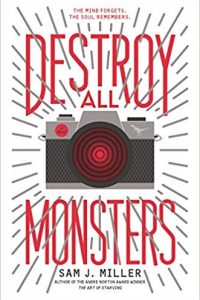