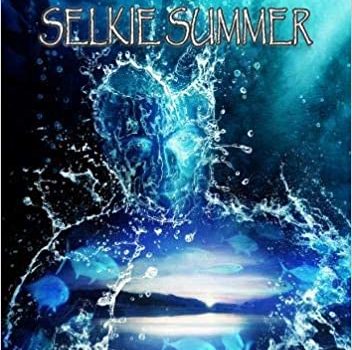 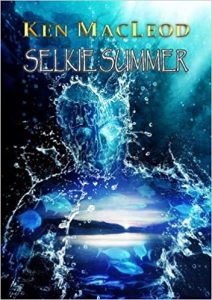 In Selkie Summer, Ken MacLeod has given us – or me, anyway – something quite unlike what I would have expected from the deviser of Newton’s Wake: A Space Opera or The Execu­tion Channel. Its first half operates as a romance with metaphysical/supernatural complications: university student Siobhan Ross, working a sum­mer B&B job on the island of Skye, falls for a fetching young man, Cal Mack, who turns out to be a selkie – a shapeshifting creature of the seas. The twist is that Siobhan and everybody else knows of the existence of selkies and the rest of the inhuman beings, the Metamorpha, that share the Earth with us: “the Saharan dust-devil, the Transylvanian vampire, the Indonesian green-man, the Caledonian water-horse, and the Palaearctic forest wraith.” Indeed, selkies worked with the Royal Navy in both world wars and there is even a treaty governing certain selkie-human relations.

As Siobhan finds out, everybody in town knows that Cal is a selkie, and just about everybody warns her that taking up with him is a bad idea. Jeanie McIntyre, the B&B owner, is emphatic: “He’s a different species, for goodness’ sake!”

“A good-looking guy” is an appearance. It’s something he puts on, like clothes or a mask or – well, it’s worse than that. It’s a whole body he puts on…. They’re not even animals. They’re not like anything else we know, apart from other sorts of strange beings…. they’re paranormal, and weird, and dangerous.

Jeanie is right, sort of, since selkies are not appar­ently of this earth or maybe even of this continuum. Nevertheless, Siobhan follows her heart (or his selkie glamour) and keeps seeing Cal, which means she winds up also navigating the local social mores while learning something of the world as a selkie sees it. Eventually, though, the romance elides into a different kind of story, one that involves men in black, the Official Secrets Act, interspecies politics, and some delicate negotiations involving beings with motivational systems not entirely calibrated to human norms.

Genre-historically, this kind of naturalized-supernatural belongs to the lineage of the 1940s pulp Unknown Worlds, which published Heinlein’s “The Devil Makes the Law” (AKA Magic, Inc.) and the rationalized fantasies of L. Sprague de Camp & Fletcher Pratt and Fritz Leiber. It is also, as it heads toward its interspecies-intrigue finish, a sharply detailed observation of the people and the physical and social environment of the Hebrides, covering everything from wearables to weather to B&B duties to pub atmospherics to the contents of tidal pools. In such a close-textured setting, selkies are not so much an irruption of the uncanny or unnatural as an extension of it, and Jeanie McIntyre (who could have walked right out of Magic, Inc.) is as much of a marvel as Cal.