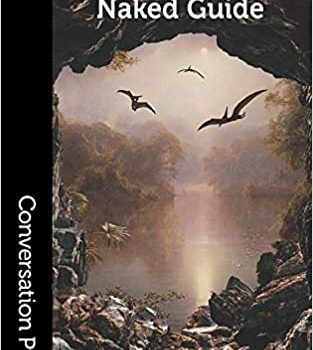 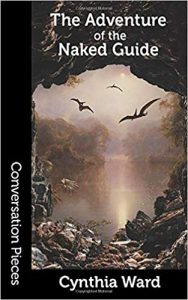 Five years ago, I would never have believed that I’d coincidentally read for review, back-to-back, four books, in every one of which there’s a romance between two women. But the increased frequency with which I read such books means that I no longer so desperately look for them to be good: I no longer find myself extending them so much charity, simply because they’re the one mainstream queer genre book I’ll see in a month.

The Adventure of the Naked Guide is the third novella by Cynthia Ward to feature Brit­ish secret agent Lucy Harker (daughter of Mina Harker and Dracula) and Countess Karnstein (better known as Carmilla), following The Ad­venture of the Incognita Countess and The Ad­venture of the Dux Bellorum. The Adventure of the Incognita Countess presented a brisk spy story of adventure and intrigue, self-realisation and blossoming, forbidden (in more ways than one) romance, set within the confines of a cruise ship in a world deeply influenced by the pulp novels of the 19th and early 20th centuries – a world with Martian death rays, vampires, and other related elements. The Adventure of the Dux Bellorum embraced its pulp influences even more thoroughly, in a wild romp through the killing fields of WWI and the laboratories of mad scientists.

The Adventure of the Naked Guide is, compared to its predecessors, less a romp than a rushed helter-skelter. And, rather than drawing on the better-known pulps, it takes place partly in the hollow Earth of Edgar Rice Burroughs’ imagination, Pellucidar, and relies on familiarity with its source material – which I lack – to give richness to its worldbuilding. In the absence of that familiarity, much seems rushed and confus­ing and rather more in the mode of fanfiction than in that of reinvention. (Not that I have anything against fanfic, but in its modern form it is a spe­cific mode that all but requires familiarity with the source material, and is less than accessible otherwise.)

Lucy Harker’s mother, Mina Murray Harker Holmes, has been abducted by a mad German scientist. Her stepfather, the chief of the British secret service, assigns Lucy to recover her mother but forbids Lucy’s lover, Countess Karnstein (now known as Clarimal Stein) from participat­ing in the mission. Mina is a vampire-hunter who doesn’t know her daughter is a) into women or b) sleeping with a vampire, and stepdad Mycroft Holmes is very much against Mina ever learning either of these things. (Lucy herself believes her desires are unnatural: an illness she was born with and has decided not to fight.) So Lucy chases her abducted mother into the hollow Earth of Pellucidar alone, where she encounters a world on the verge of becoming the latest colonial battleground between the great powers – and a woman, An the Mezop, who challenges a num­ber of her assumptions. After a rocky start, An agrees to act as her guide through the dangers of Pellucidar, and along the way challenges Lucy’s assumptions about science and about her sexual desire. At a moment of great danger and greater sexual tension, Clarimal shows up to the rescue, and to tease Lucy about her attraction.

Much of the novella, when not helter-skelter ac­tion, concerns itself with Lucy’s judgement of the “ignorant savages” and her convictions about her sexuality and the rightness of the British empire. She’s wrong and the narrative is not on her side (nor is her lover), but it doesn’t make it easy to read. Especially when the climax and conclusion, the rescue of Lucy’s mother, is accomplished in such a way as to destroy Lucy’s illusions about rightness of her cause. I’m not convinced that Ward’s commitment to the form of adventure-story pulp, here, works with a strong interrogation of the colonial and imperial assumptions that underlie the worlds of the adventure-story pulp. Lucy and Clarimal may, at the novella’s close, dedicate themselves to bringing down the British empire, but the problem of empire is not one that lends itself to the solutions of the adventure-story. They are not problems that are solved by shoot­ing, bludgeoning, or even the canny persuasions of single, talented individuals. 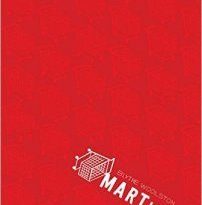 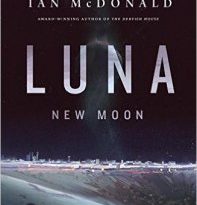