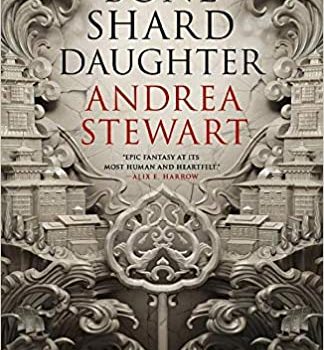 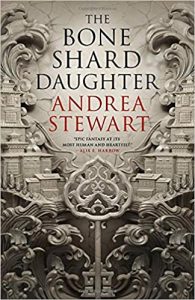 The Bone Shard Daughter is a surprisingly complex book, even for the first installment in an epic fantasy series. It’s full of reflective themes and characters, ways in which elements of the novel mirror each other, or gesture to each other. Using uncomplicated prose, ideas both innovative and usefully recycled, high-quality worldbuilding, and carefully tuned enigma, newcomer Andrea Stewart has delivered a strong and intriguing start, both to her career and to this series.

We begin with Lin, the Emperor’s daughter, who is troubled by her selfish, tyrannical father and his obsession with her recovering memories of her youth. The Emperor has skill and power at making and deploying constructs, which are defined across the book largely by demonstration rather than description. They are essentially organic robots, enslaved living creatures programmed and brought to life with shards of bone engraved with commands. They can speak, or spy, or act as pets; they can be regular animals or Frankensteinian hybrids. Lin wants to understand how to create constructs, too, partly so she can please her dad, who is a chilly, mean, manipulative figure. Stewart effectively twists the knife on this dynamic:

I could have waited, one part of my mind told me. I could have been obedient; I could have done my best to answer my father’s questions, to heal my memories. But the other part of my mind was cold and sharp. It cut through the guilt to find a hard truth. I could never be what he wanted if I did not take what I wanted…. He’d not left me with any choice other than to show him I was worthy in a different way.

Another aspect of Lin’s life is Bayan, her “foster brother” (their relationship shifts as Lin connects to Bayan and learns more about her past), whom the Emperor is actively teaching to create constructs. Bayan is part rival and part ally, a figure whose slipperiness seems like bad writing until the reader learns more of his secrets.

Meanwhile, from other parts of the Empire – which is a massive archipelago – Jovis, Phalue, and Sand narrate their own stories. Jovis, a rogue with a heart of gold, finds his attention divided between rescuing children from a brutal ritual, nurturing a relationship with a sentient sea creature named Mephi, and seeking his long-missing wife, all while ducking this universe’s version of the Pinkertons. Phalue, the daughter of an island’s governor, finally hits a decision point between her guerilla girlfriend and her destiny in the ruling class. Sand, the most mysterious of the narrating characters, lives on the outer edge of the Empire, part of a group of people all named after items in their immediate environment (Shell, Leaf, Coral). They labor at picking coconuts and have only the vaguest sentience or purpose. (The end of the book indicates that they may be political prisoners, quietly tucked away and drugged up for the good of the Empire.)

These narrators all tell the story of an empire beginning to fall. Islands are sinking into the sea, unprecedentedly; individual governors are cruel, and the people grow restless under oligarchy; the Emperor is aging and has no apparent heir. “No empire lasts forever,” one character notes, “and I think this one has been overripe for a long, long time.” Each of the narrators has a part to play in that eventual fall, the book hints, but it’s early days yet.

Although The Bone Shard Daughter expends a lot of its energy on setup, it’s still a finely made book, its ideas sewn deftly together to make a beautiful garment. Despite tragic setbacks, Lin overcomes her father’s manipulation and oppression and seizes her power and identity. Sand, on the other side of the world and in a different context, overcomes similar obstacles to the same result. Jovis has to set aside his dreams and his roaming ways in order to serve a broader purpose, and Phalue has to set aside her illusions and comfort to do the same. Permanent, non-technological objects – keys and bones – play significant roles in this book, as do old-fashioned information-gathering methods like eavesdropping and gossip. Stewart has carefully considered the meaning of memory and knowledge in forming identity and creating continuity. As Lin explains: “Children often learned their trade from one of their parents… knowledge was meant to be shared, one generation to the next. Instead, my father locked it away from me.” There’s a lot of depth to the ideas and motivations underlying Stewart’s characters.

However, the language in The Bone Shard Daughter isn’t terribly compelling, and some aspects (the enduring love between Phalue and her girlfriend, the true identity of Mephi) never come into focus. It’s a book that seems fascinating in retrospect but felt a bit flat while reading. Stewart has blended ideas from Blade Runner, characters from Star Wars, horrors from Frankenstein, and many of her own notions to make this book. Some of these ingredients prove more successful than others, but fortunately, Stewart’s own contributions repeat­edly surprise and compel. Her imagination, and the emotional landscapes she is capable of rendering, should continue to make the Drowning Empire series a worthy read. The Bone Shard Daughter is not a knock-your-socks-off book, but it is decidedly in the upper quarter of this year’s reading, and deserves as much attention as it can get. 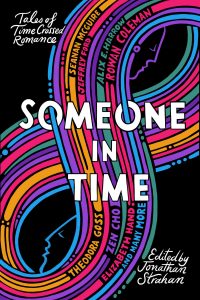