In July 2020 there was an SF/F festival. Live, not virtual. It ran from July 14-19, with inter­national guests and visitors, editors, artists, film-makers, translators, and fans. I’ve just come back from it, and I shall explain.

Celsius 232 is a festival in Avilés, in Asturias, in Northern Spain. It has run for nine years, over which it’s become a major Spanish festival, with the ability to attract international guests from Europe and beyond. I’ve been for the past five years, first as a guest, and every other time as a visitor. I live in Ireland, and all except local festi­vals are a flight, so I may as well pick one with a nice environment, good food, decent weather, and interesting people. We’ve met and made friends at Celsius.

You’ll notice the word “Festival.” It’s not a fan-organised convention. This difference is significant and the reason it went ahead this year. Avilés is a post-industrial town in the province of Asturias, once the extractive and processing centre of Spain. The festival takes place in an attractive, pedestrianised town centre well sup­plied with restaurants, bars, hotels, and the main event centre in the Plaza Domingo Alvarez. There are 19th-century houses, busy plazas, open air cafés, hidden churches, hidden shops that only open when you’re not there, and narrow cobbled streets down which gastronomic wonders lie. But look not too far beyond and you see the stacks and pipework of heavy industry, an industry that is fading year by year. Avilés’s problem is that of many post-industrial towns – bring in money, keep the community alive.

Summer festivals are a major revenue stream. Celsius traditionally runs over the second or third weekend in July. It’s immediately succeeded by the InterCeltico music festival. City and regional councils and a slew of commercial sponsors fund the festival, which is free to attend. No member­ship rates. Visitors sleep, eat, drink coffee, and buy books, and money goes into the local economy. Attendance has increased year on year. 2020 was to be the biggest year yet – guests were to include Mark Gattiss.

Then the pandemic arrived.

Spain was hit hard and locked down hard. Social distancing regulations were enforced, but more im­portantly, accepted. Asturias was (and still is) the most successful region in containing Coronavirus – as of mid-July, the average number of cases per 100,000 has been 1. Asturias was also one of the first regions to emerge from lockdown. It was important to the city that Celsius go ahead, if possible – which means that people who came would be safe.

That it happened at all is a master­class in holding your nerve – which festival organisers Cristina, Diego, and Jorge did.

I’d booked flights back in Febru­ary, all of which were cancelled, then unavailable to rebook. I waited to see if Celsius would be cancelled. It wasn’t. It was going ahead. For me to be able to go, three conditions had to line up: that I could get there safely, that I could be there safely, that I could get back without having to undergo the 14-day quarantine required by the UK (at the time – the thing I have learned from the pan­demic is that things can happen very fast). When it became certain that the UK would open travel corridors from selected destinations without the need for 14 days of quarantine, I rebooked from Belfast to London to Barcelona to Asturias, back from Madrid to London.

How does an SF/F festival work under social distancing?

The first thing is that it can only work if there is widespread agreement on public behaviour. In Spain it is understood that you wear a mask in public. You take it off only when you sit down at a table in a café or restaurant for a drink. Staff wear masks at all times. There are no idiotic arguments about rights or encroached freedoms – freedoms have responsibilities. After a few hours, you stop noticing the masks.

The police were nervous, of course. Cristina Macia spent her first few days persuading them that SF/F fans were responsible people and would uphold the law – which they did, because it was in no one’s interest to flout it. The few scofflaws in the street were mostly teenagers, usually boys. In the Culture House – the main panel venue – mask wearing was mandatory for audience and panellists. You accept this. Every other row was left empty, and two seats on either side of each occupied seat. Capacity was about one-sixth of maximum. A one-way system was in operation in the Culture House, the book pavilion, and the fes­tival as a whole. It helps immensely that Celsius is largely an outdoor festival, and there was an army of brilliant volunteers to guide, direct into the one-way system, remind gently when you forgot to pull up your mask after having a drink, and sup­ply squirts of hand-sanitizer at the entrance to the festival. Sanitising gel was available everywhere, and most people carried their own and used it. Elbows were bumped, with much laughter.

The genius part was the contact tracing system. Each of the main venues had a poster with a QR code to enter contact and location details online. For those without smartphones there were paper contact sheets and disposable pencils. The use of QR codes was ubiquitous, from contacting to restaurant menus.

Signings verged on the comical. I sat behind a perspex panel with a slot in the bottom through which the book was passed, signed, returned. I wore latex gloves and sanitised between each signing. The pen was disposed of afterwards. It looked like a very genteel bank robbery, but it was a pleasure to sign and appreciated.

Numbers were 20% of 2019’s, but that there were any attendees at all was an achievement. Spanish writers, artists, editors, translators, publishers, and fans came from all over – glad to be able to meet friends in the flesh. Spanish lock­down, as I said, was long and hard. International guests were few, but Catherine Dufour and Xavier Müller came from France, and from the UK, Liz Williams, Lavie Tidhar, and Richard Morgan. I may have missed some names – apologies. But certainly, the Spanish SF, fantasy, horror, and comics community was present in numbers.

Books were sold. A lot of books. Books and comics are one art form that has not suffered under lockdown. There were sword-fighting demonstrations in the park, and there was some cosplay – Star Wars storm troopers with masks over the masks. The traditional end-of-festival co­splay party couldn’t happen for biosafety reasons and Celsius’s late-night culture went to bed a little earlier than usual.

Diego performed near-miracles of socially distanced interpretation. At one point on the final panel he was switching effortlessly between Span­ish, French, and English. Cristina was a whirlwind of energy and on-the-spot management, dealing with last-minute program changes and police sus­picion, which ameliorated to indifference over the five days of the festival, when they saw that SF/F folk are on the whole well behaved, responsible, and socially minded. If it was a close-run thing that the festival happened at all, no one wanted to jeopardise it through anti-social behaviour. Ian Watson, as ever, was the presiding elf of Celsius.

A blueprint for other festivals and conventions? I’m not so sure. Celsius has unique characteristics that may be impossible to recreate anywhere else. First, Spain was well out of lockdown and restor­ing some semblance of normal life. Second, much of the festival happens outdoors at cafés and bars – these are the primary socialising zones. There was a clear understanding of what had to be done – social distancing was much more rigorously approached than any of the airlines or airports I used to get to Avilés. Simply marking safe zones, putting up tape, and supplying sanitiser was an epic task. But the most important factor was that social responsibilities are understood and widely adhered to. You wear masks, you sanitise, you socially distance. You want a festival; you follow the rules. No arguments. You have responsibilities first; rights come way down the field.

Am I glad I went? Yes. I’m still processing the weirdness of it all. It was a great honour to receive the organising committee special award for being a long-term friend of Celsius 232.

Was I right to go? I believe so. I wouldn’t have gone if I felt it wasn’t safe. I certainly felt safer in northern Spain than at home. Whether it should have gone ahead at all is not my call. I’m glad it did. Now with spikes in infections in north-east Spain and the rein­troduction of the UK quarantine on arrivals from Spain (as of July 25), some nervousness is natural. But it showed that it is possible to run a SFF Festival and make it international, enjoyable, and safe. I hope Celsius can spread it wings and soar for its tenth anniversary in 2021. Thank you to all the organis­ers and the heroic volunteers. See you next year.

This report and more like it in the September 2020 issue of Locus. 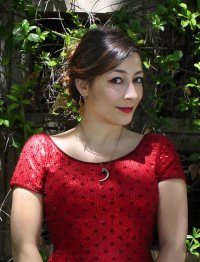