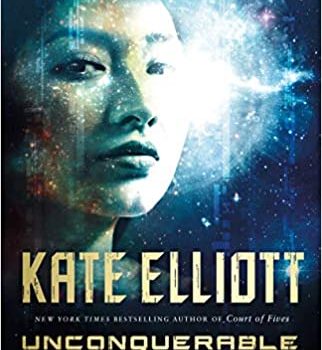 Kate Elliott, Unconquerable Sun (Tor 7/20) This buzzed-about novel, first in the Sun Chronicles series, is described by the author as “gender-swapped Alexander the Great in spaaaace.” Princess Sun has come of age, but palace and political intrigues threaten to end her life before it properly begins, unless she can rally allies – and rivals – to her side.

Stephen Graham Jones, The Only Good Indians (Saga 7/20) A visceral and chilling horror story follows four Blackfeet men being haunted by a monstrous Elk Woman and the transgressions of their pasts. “Jones, long a prolific and notable sui generis writer, has written a masterpiece.” [Paula Guran]

Mary Robinette Kowal, The Relentless Moon (Tor 7/20) The Lady Astronaut alternate history series continues in this third volume, and moves into spy thriller territory as Nicole Wargin tries to find out who’s sabotaging the space program while contending with a pandemic on the moon. Kowal “knows what she’s doing… as immersive a story as any reader could want.” [Adrienne Martini]

Jesse Kowalski, Enchanted: A History of Fanta­sy Illustration (Abbeville 7/20) This impressive oversize art book was originally put together for an exhibition at the Norman Rockwell Museum (now postponed until 2021). Six essays and abundant full-color illustrations cover everything from obligatory ancient works to contemporary.

David Mitchell, Utopia Avenue (Random House 7/20) This sprawling exploration of the music scene (and social unrest) of the ’60s mingles fic­tional characters related to the eponymous band with historical figures. The novel, which takes a turn toward the speculative near the end and shares many connections with Mitchell’s other books, is a “colourful and politically aware love letter to the British Invasion and the last, lingering days of the Summer of Love.” [Ian Mond]

Silvia Moreno-Garcia, Mexican Gothic (Del Rey 6/20) Already in development to become a Hulu limited series, Moreno-Garcia’s subversive gothic horror is set in ’50s Mexico City and has everything you could want: a “fairytale-loving victim-bride; an uber-creepy cursed family with a malevolent mansion… a cemetery of buried secrets; an unlikely hero; a village wise woman; foul fungi, and much more.” [Paula Guran]

Tim Powers, The Properties of Rooftop Air (Subterranean 6/20) Horrabin, the evil clown from The Anubis Gates, is back! In this tightly wound novella, set in a phantasmagorical Georgian Lon­don, one of Horrabin’s mutilated beggars has his intelligence enhanced by psychically linking him to tiny homunculi.

Jeff VanderMeer, A Peculiar Peril (Farrar, Straus, Giroux 7/20) This YA fantasy, first in the Misad­ventures of Jonathan Lambshead duology, sees Jonathan inherit a mansion that includes a portal to a magical world where animals talk (and Aleis­ter Crowley is causing trouble). “VanderMeer’s vibrant worldbuilding and epic, parallel-reality spanning plot are supported by a cast of memo­rable characters.” [Ian Mond]

Gene Wolfe, Interlibrary Loan (Tor 6/20) One of the late Grand Master’s final works, this is a se­quel to SF novel A Borrowed Man, and features the same central character: a “reclone” of crime writer Ern A. Smithe, who gets checked out of the library and pulled into convoluted mysteries, this time enlisted to track down a teenager’s missing father. “Like most of Wolfe’s final novels, [it’s] more intimate in scope and restrained in style than his celebrated masterpieces, but it’s a fitting and suitably twisty rumination on which to end an astonishing career.” [Gary K. Wolfe]

From the September 2020 issue of Locus. 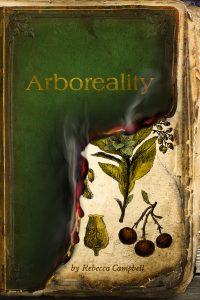 Kameron Hurley: Building the Story of Ourselves

There is a theory that storytelling is how we create our consciousness. This is why we can’t remember being infants. We only pick up the ability to remember events when we’re two or three years old – about the same time we figure out how to construct narrative. Once we can tell stories about the world and ourselves, we become truly conscious. So if the stories we tell about ourselves