There is a line from a famous Puerto Rican song “La Borinqueña” that I’ve carried with me all my life: “Awake from your sleep, for it’s time to fight.” What I love most about these words is how they came about. Puerto Rican poet Lola Rodriguez de Tío was born on the island during Spain’s occupation in 1843. She came from a privileged background and was educated, which was a rare occurrence at the time to see a woman so outspoken. Rodriguez wrote powerful poems denouncing Spain’s rule over the island and with that came fear of her own well-being. She had to flee with her family and go in hiding.

“La Borinqueña” was a popular song in 1860 by Francisco Ramirez but Rodriguez reworked the lyrics into a call to action. The song became a literary remix, made more radical and revolutionary at the hands of a woman.

Another couple of lyrics I love:

And our machetes will give it us

A machete. Our machete! The machete is such a strong symbol of resistance. Not only was it used against the Spaniards but it became a call to arms when laborers were fighting against unjust work practices in the sugar cane fields after the United States took over the island. Every household it seemed owned a machete and bought it with them when they crossed the oceans to find a new life in the United States. A machete equals uprising, a taking back the land, a cutting down of the noise to make yourself be heard.

It’s quite amazing how Rodriguez’s words can still invoke such strong emotions so many years later. How easily I can conjure up these lyrics on my screen by a simple touch of a button. Still, I’m hundred percent sure Rodriguez did not take into account how I would one day take to searching for a machete on Groupon. Not quite the remix Rodriguez might have had in mind, now is it? 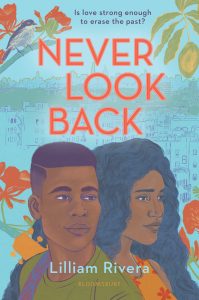 At the start of this lockdown, I found myself becoming increasingly overwhelmed with anxiety. Obviously I wasn’t the only one. My texts with friends were filled with crippling despair that invaded both our real time and our collective dreams. We tried to combat these moments with self-care tips and affirmations. Excursions to the beach while wearing a mask. Worldwide dance marathons held in the kitchen. Zoom therapy sessions. I was living a dystopian I’ve only read in books. My worn out copies of Brave New World, Nineteen Eighty-Four, and Fahrenheit 451 stared back at me with knowing glances. I’ve even written stories and novels centered around a scary future where females were always ready to fight. Strong women. Take no prisoners women. Girls who are ready to defend themselves. I wasn’t looking to bake bread. I was looking for another type of security because didn’t I install a bidet by myself? Wasn’t I a badass Puerto Rican mother of two young daughters?

Naturally, I went on an obsessive quest to find a machete.

Every Puerto Rican household is meant to have a machete hanging off of their wall. My grandfather used one to cut sugar cane in the plantations on the island. My father did and so on. I didn’t have one and thought it was way past time that I did. So, I did a search and for whatever reason I landed on Groupon, the strange online shopping market where you can buy Botox sessions alongside with a giant pillow of your face. It took less than five minutes to order the machete.

I tracked the purchase down like I did most things at the time. What else was there to do but wait for the machete to make its appearance? I didn’t tell my family I was buying one. A badass doesn’t work within a committee, she works on her own. Whenever we received a package my eight-year-old would alert me to it. It’s a small house and we can hear when the mail person would drop the package. Soon enough my daughter ran to get me. Something had arrived.

When I opened the front door there were a pile of packages. I didn’t want to alarm my daughters so I took them to my bedroom. I sorted the purchases out until I found the right one. The white envelope felt very light and I didn’t think twice about it. In my mind I imagined a futurist machete glowing in a silver color and weightless. A machete made for my dystopian.

Weirdly I discovered a slit neatly made across the top of the envelope. It wasn’t weightless. The envelope was completely empty. What happened to the machete?

“Oh god,” I said as I ran out the door to see if I can catch the mail person. My two daughters intrigued by the commotion followed me.

“What did you lose Mami?” they asked. “A machete,” I said. The two girls screamed in unison: “A machete!” Later that night I will overhear the girls wonder aloud if they should be concerned. “What will she use it for?” They will say, giggling.

The mail person was nowhere to be found. We looked everywhere for the missing package. In the bushes in front of the house. Down the block. All the while my daughters were throwing me questions why and I couldn’t quite answer their inquiries. The truth of the matter was I felt really foolish. My dystopian remix included a failed Groupon purchase. My future badass self-involved quick typing skills and a credit card. What kind of a revolutionary was I?

In my latest young adult novel Never Look Back, I take the Greek myth Orpheus and Eurydice and modernize the tragic tale, setting it mostly in the Bronx, New York with two Afro-Latinx characters. Pheus is a wannabe bachata singer who usually spends his summers wooing the girls, that is until he meets Eury, a Puerto Rican displaced from her home by Hurricane Maria and haunted by an angry spirit.

In 2017, Hurricane Maria had ravaged the island personally affecting my family. I watched the current president deny the amount of people who died from the hurricane. I felt such a sense of hopelessness, of being unable to take care of my family out on the island. When one of my elderly uncles wasn’t accounted for I did what I could and took to social media with my family to ask for help from anyone living there. After a few days of not finding a way of reaching him, a DJ who we didn’t know found him and sent us a video via Instagram.

Never Look Back was my way of communicating the pain I felt during that time and translating it into hope. The Greek myth provided me the structure, the house I can lay this torment in and reshape it into something new. Never Look Back is my literary remix. My words have always been my machete and maybe I lost sight of that during this pandemic.

I never did locate the missing machete although I did ask for a replacement. This time the package was delivered completely intact. Unfortunately, what arrived was not a machete but a knife. I figured this was a sign from the goddesses. I really wasn’t meant to swing a machete.

The knife I keep with me at all times. Do I feel like a badass? Only slightly. I’m realizing the mental idea I had cultivated from the dystopian I’ve read and watched is different. Like the poet Rodriguez, perhaps the powerful tool I should be sharpening are these very sentences.

They still ring true: It’s time to wake up.

Lilliam Rivera is an award-winning writer and author of the young adult novels Never Look Back, Dealing in Dreams, and The Education of Margot Sanchez. Her work has appeared in The New York Times, Elle, Lenny Letter, Tin House, Nightmare Magazine, and Magazine for Fantasy & Science Fiction, to name a few. Lilliam grew up in the Bronx and currently lives in Los Angeles. Visit her online at www.lilliamrivera.com and @lilliamr