I write as if from the memory of a dream. Bits and pieces of who I am and what I’ve experienced or longed for, forming parts of a whole. Fantasy made this easier. As a child of a country conquered three times over before it had the chance to know what it was, I told myself the things I couldn’t find, I could fill in.

Most fantasy writers don’t create worlds in a bubble. Many are inspired by real life—by a place we’ve visited or studied or have always been fascinated about. I started the world of Agos-agan to reconnect with my past. I wanted to transport patches of my memories of the country I had to leave, seen now through the eyes of an adult. I wanted to describe waves crashing against volcanic black sand, or sunlight dancing over golden grains of rice, or the clean, delicate smell of jasmine flowers. I wanted mythology steeped in the horrors of the aswang and the mysterious engkantos. I yearned for relationships I could connect with—rich webs of nosy neighbors and extended family and found family, communities that breathed as if they were one. It staunched the loneliness of immigration; through fantasy worldbuilding, I made the Philippines into a place I could visit anytime, unencumbered by reality and finances. Who knows when I would be back? But I could always close my eyes and be there in an instant. If I wrote every day, I could never leave again.

I turned to our precolonial history in the hopes of creating something as substantial as many of the historical-inspired epic fantasies out there, but without having to confront the colonization that took so much away. What should have been an exercise of celebration and discovery made my blood boil instead. It’s hard to ignore the glaring truth—as a country, the Philippines (a land of so many ethnicities and cultures) was united by colonization. Much of its history revolves around the fact that once upon a time, another came to displace what had been there before. Benevolent assimilation is insidious. Where other places have rich histories, with names and traditions that could fill libraries, ours was often reduced to a footnote. Much of our history was summed up in short paragraphs that forced me to swallow descriptions of my ancestors as barbarians and savages that needed to be civilized—quick, thoughtless words that I knew were used to justify what was done to them. No matter where I looked, the histories of our people were summarized by mere struggle, a tale as old as time: conquerors came and we fought and fought and in so many ways, we’re fighting still.

The rest of the time, all I could see were blank spaces. I wanted to learn about my motherland—I wanted to read about customs and practices to give life to my work, because there was so much I didn’t know and people kept saying research could solve that. But what if that research is tainted by the colonizer’s gaze? What if to find the grain of truth, I had to sift through falsehoods and hypocrisies? What if I didn’t want to read those hurtful things anymore?

Even my own process is tainted. There I was, writing in the language of one of those conquerors; if I tried to use my mother’s tongue I would be staring at a blank page, unsure of how to write the sounds I can utter without thinking and make them mean anything. Too much lost, too much forgotten, too much history muddled by the colonizer’s meddling ways. “The father is the head of the household,” our English language Home Economics books in grade school would say, “which is why he is called padre de pamilya.” A phrase consisting mostly of Spanish loanwords, which is telling in itself. I pushed the history books away and began to read between the lines. Write what you know, the age-old wisdom said, and anyway, wasn’t I writing fantasy? I felt like fantasy, by its very definition, took away the rigid structure of a historical. I didn’t have to transport real life on the page. Don’t people get away with it all the time? They take what isn’t theirs, dress it up, claim they did their research, and leave it there. I did more: I wrote my observations, my people, my world, into fiction.

I wrote, for instance, of strong women. 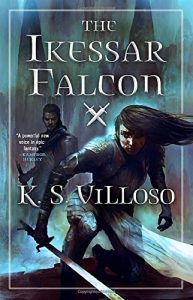 “Maisog baya ang mga babai natun,” my cousin once told me with pride. Our women are strong, fearless. I was the youngest girl in our group of cousins, and I wouldn’t dare go up against any of them. Why do the books say the father leads the household? Why do some families insist on this, even when I can see the discontent stirring in their women’s eyes? In my family, was it not my mother, my aunts, who made decisions? Our men are strong, too (my dad hails from the same hometown as Simeon Ola, the last Philippine General who surrendered to the American forces), but I grew up knowing women ran the show. Even the sorrow of not having a matriarch, a grandmother to guide us, could be felt in ripples.

I wrote this into the storyline of Chronicles of the Bitch Queen, finding inspiration in my own struggles and those of the women around me. I wrote of a woman as a leader, surrounded by men; I wrote of the absence of matriarchs and the resulting decay. I didn’t need a disinterested friar or western scholar dictating this is all wrong, that this could never have happened. It’s just fantasy.

Later on, I found research done by fellow Filipinos which uncovered what I knew all along—we were a matriarchal culture, where women were born warriors who didn’t have to earn their tattoos, who could own property and trade and not belong to anyone but themselves. I learned about the babaylan, shamans who were respected and revered to the point that it gave them political power. When the conquerors came, the presence of these women threatened them, and they were persecuted as a result.

What happened? How did looking inside reveal more of the truth than if I had read it from a book somewhere?

Perhaps my ancestors had a hand in all of this. The conquerors tried to take, but they couldn’t take everything. Three waves of invaders, three waves of heavy patriarchy imposed on a mere archipelago, and yet the teachings handed down from mother to daughter remained consistent. When I imagine rituals to write into my stories, I recall my Catholic aunt laying out a spread for spirits, food meant to appease them, and how we lived in perpetual fear of the dark and the unknown even as we worship our conqueror’s god. The past is not always in history books. It’s in the languages we speak, in the way we speak them, in the fading traditions we still somehow cling to even after hundreds of years of subjugation. It’s even in the way I process things—what values imposed on me that I naturally resist, or what I see as important: in family and community and friendship, even when people claim this is too Filipino and maiba naman tayo because for others, trying on someone else’s skin is another way to stop the pain of wearing your own.

I can’t judge what others do to deal with the emptiness colonization leaves behind. My own way of coping is bizarre, at the best of times. Writing fiction, which began as a cure for homesickness, became an exercise in decolonization. I stopped thinking of culture as a thing defined by the outside and learned to listen, and observe, and tell stories that reflected my realities. I stopped trying to find that hidden nugget of knowledge out there, information that would give meaning to who my people are because I realized what we have right now is enough. It’s sustained us all this time. What we are today means something. My own name might have come from colonizers, but my pride over my ancestors’ struggles are mine. The love I carry for my family, and the land I was born in, are mine. And all the bad things—what my people have gone through and continue to suffer every day, and the sacrifices we make to survive—are mine, too. Fuel and fire, and enough rage to carry me through another day. They couldn’t take everything.

The freedom of writing in the fantasy genre—a genre that allows me to make up and pretend on a whim—gave me the canvas to explore what had always been there. A mosaic of memory, faulty as it might be, patched together with a narrative not imposed by an outsider. Stories last. History books lie all the time; stories can tell the truth. I break and bend and borrow, but everything I write comes from within, and I’d like to think that if I write myself into my stories, I can include the things unconsciously handed down to me by my elders. I can preserve a fragment of the past for my own children. Maybe they can sift through and find something familiar—a grain of truth embedded in fiction, as these things always go, as they have gone from the beginning of time. Maybe I can even give hope. In fantasy, the past isn’t set in stone, the possibilities are endless, and maybe they’ll find, as I did, that what was lost isn’t after all.

K.S. Villoso writes speculative fiction with a focus on deeply personal themes and character-driven narratives. Much of her work is inspired by her childhood in the slums of Taguig, Philippines. She is now living amidst the forest and mountains with her husband, children, and dogs in Anmore, BC. The Ikessar Falcon, the second book of her Chronicles of the Bitch Queen series, releases on September 22. 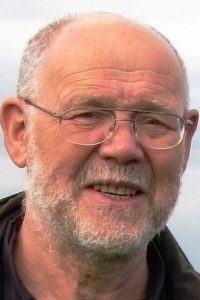