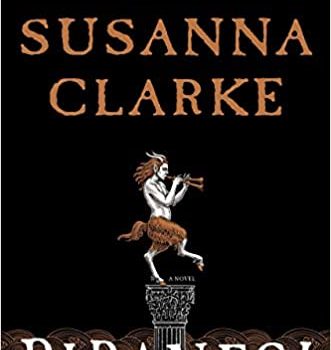 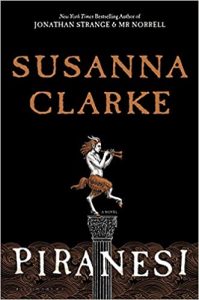 The first thing everyone is going to notice about Piranesi, Susanna Clarke’s long-awaited second novel following her enor­mously popular Jonathan Strange and Mr Nor­rell, is that it’s something like a third the length of that blockbuster. The second is that it bears no direct relation to the densely imagined magical 19th century of that novel and of most of Clarke’s short fiction. In place of the sweeping European settings, we find ourselves trapped in a massive, castle-like House with halls and chambers that seem to extend almost infinitely in all directions – and which seems to have an ocean occupying its lower floors. In place of the large and colorful cast of characters, we’re in a world occupied only by the naïve narrator Piranesi and the mysterious Other, along with 13 other corpses and skeletons that Piranesi believes constitute the entire popula­tion of the world. Despite what would seem to be such a radical departure on Clarke’s part, there are also some notable similarities: both novels feature the belief that some great and powerful knowledge has gone out of the world and that reclaiming it will restore magical abilities (such as telepathy, shape-changing, and telekinesis), while Piranesi’s own rather formal narrative voice, with its 18th-century-style habit of capitalizing impor­tant nouns and its almost simplistic deference to half-understood notions of Science and Reason, lends the whole a vaguely archaic tone. We could hardly be blamed for feeling as though we’ve stumbled into a Gormenghast-like Gothic pile or some sort of existentialist afterlife or a completely self-contained cosmology like in a Ted Chiang story; Piranesi firmly believes that “Outside the House there are only the Celestial Objects: Sun, Moon, and Stars.”

Almost from the beginning, though, we get hints that Piranesi’s world-view is distorted and incomplete. His very name, rather sardonically given to him by the Other, alludes to the 18th-century Italian artist known, among other things, for his almost Escher-like etchings of imaginary prisons and labyrinths. He refers to one of the skeletons he has discovered as the “Biscuit-Box Man” because some of the bones are preserved in a Huntley and Palmers biscuit tin. The endless statues that occupy niches throughout the House are of largely familiar European themes – fauns, centaurs, elephant and castle, etc. At one point, the Other asks Piranesi if he remembers “Batter-Sea” (which he doesn’t, thinking it a word without referent), and produces odd gifts, like bottles of multivitamins and a watch battery. Most telling are Piranesi’s own journals; while his personal system of dating seems purely ritualistic – “THE SEVENTH DAY OF THE FIFTH MONTH IN THE YEAR THE ALBATROSS CAME TO THE SOUTH-WESTERN HALLS” – he reveals that his oldest journal is dated “June 2012 to November 2012.” Clearly, our own world isn’t quite as distant from Piranesi’s universe as it at first seems, and, just as clearly, Piranesi exhibits no knowledge or memory of our world at all. What had begun as a sort of weirdly visionary secondary-world tale now becomes a mystery: who is Piranesi really, how did he come to be in the House, and why does he remember nothing before his arrival there?

To even hint at the answers might compromise the brilliant ways in which Clarke unpacks her nar­rative – and in fact, turns it into a different narrative altogether – but suffice to say that along the way we encounter tantalizing nuggets about everything from a little-known first-century British king to J.W. Dunne’s notions of serial time (and J.B. Priestley’s related time-slip plays) and minotaur legends (some of the most prominent statues in the House are of huge minotaurs). Eventually, we’ll meet a considerably broader range of characters, including an ominously charismatic occult lecturer and author and a courageous police officer. With Piranesi, Clarke is knowingly taking a number of risks. In place of the wry, knowing Austenian voice of the earlier novel, she offers an ingenu­ous narrator who remains several steps behind the reader for most of the novel. Character roles remain shifty and indeterminate for much of the story, and questions of the reliability of memory and testimony are never far from the surface. But in the end, the elegant and ingenious structure of the novel lends it a haunting quality which would not be nearly as hypnotic were the story told any other way, and “hypnotic” is the term I find myself returning to in trying to account for the novel’s strange and powerful magic. Piranesi may not be exactly what Clarke’s readers were expecting, but it’s an astonishing narrative performance that, instead, offers them something just as new and intriguing as those 19th-century magicians seemed way back in 2004. 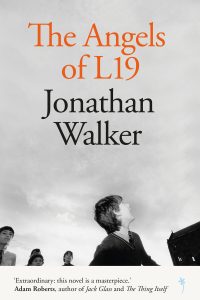 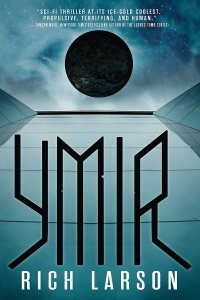 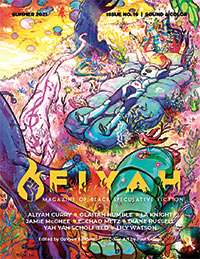