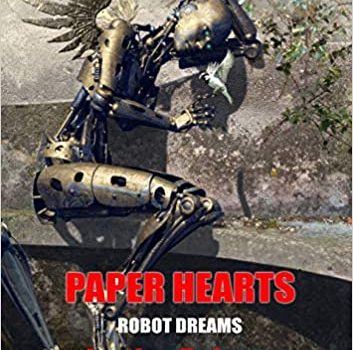 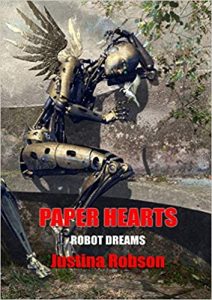 Justina Robson’s Paper Hearts – part of a series of novellas from NewCon Press under the collec­tive title “Robot Dreams” – returns to one of the oldest and most fundamental questions in SF’s endless dance with artificial intelligence: namely, what would really happen were we to hand over the reins of pretty much everything to a carefully rule-bound and delimited AI? Asimov, in his I, Robot stories, didn’t seem to think this was such a bad idea, but then Jack Williamson came along with “With Folded Hands”, pointing out that prime directives and laws of robotics were pretty much always like contracts with the devil: you needed to look not only at the fine print, but at the possible loopholes in grammar and syntax as well. In the good old days of simple Commie paranoia, the danger was a population of docile, compliant automatons, but by the 1960s, the time of D.F. Jones’s Colossus and the movie it spawned, AIs were mostly interested in controlling our nuclear arsenals and more or less governing by blackmail. By the 1980s, this had morphed into the Skynet of the Terminator franchise, with its goal of exter­minating or enslaving everyone, and by the ’90s, with The Matrix, the AIs apparently just needed us for batteries. It seems fair to say that the career goals of hostile AIs have diminished badly over the years, from ruling the universe to replacing a few triple-As that you thought for sure were in this drawer somewhere. It’s probably about time we heard from the AIs themselves, and this is in part what Robson sets out to offer us in this somewhat fragmented but generally delightful novella.

After opening with a lyrical prose poem about building a cathedral on Mars (the first of a few such interpolated passages apparently meant to give us a sense of the AI’s dreams and patterns of thinking), Robson begins by addressing some of the familiar moral conundrums of AI rule – the ethics of executing a criminal before a planned crime can be committed (this case involving a particularly heinous plot to spray a child with acid), how the AI grapples with apparently paradoxical commands like “save the Earth” while protecting the humans who are the main problem, the formation of alliances with certain humans, the rise of an anti-machine rebellion. “The machines rule everything,” says one rebel, sounding as though he stepped right out of the Williamson story. “We should have the freedom to be ourselves.” But the AI narrator, sometimes called Nizi, offers an equally classic rejoinder:

In my world you can write all the music you like and you won’t be interrupted by someone coming to shoot you for being the wrong kind of repub­lican… There’s nothing people won’t try if they could, and I will let them try. I will not let them try at other people’s expense, or at the expense of the natural world, which is their home, whether they care for it or not.

Nizi has even set up a community, Endoshun, where people can live free of AI oversight, and a rather terrifying remote island where the incorrigibly violent are left to fend for themselves, but the key issue remains, as in all such stories, the question of freedom. As one human character points out, to Nizi’s surprise, if you have to ask for freedom, it isn’t really freedom.

While Robson lays out these classic themes, which date all the way back to R.U.R., with admirable clar­ity and logic, she also grounds her tale by recurrently focusing on a few human characters, most notably Devorah and Domitia, Russian and Chinese gang leaders who become on-again, off-again allies, and Grace, whom we first meet as a teenager being raised by a nanny robot after her parents disappeared years earlier, later as an 18-year-old soldier in a carefully staged World War III, still later as she learns her fa­ther’s actual fate. With so many anecdotes, vignettes, and digressions packed into the length of a novella, Robson doesn’t really permit herself enough space to do more than sketch these characters in outline, with the result that Nizi is the only character who is given much of an interior life at all. Nor is there much of a central plot. But what Robson does achieve is a sharply articulated encapsulation, from an unusual point of view, of the problems facing a well-inten­tioned AI trying to deal with the chaotic likes of us. 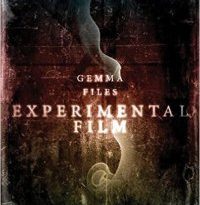