Pioneering Black SF writer Charles R. Saunders, 73, reportedly died in May 2020, though his passing only became widely known in September. Saunders is best known for his fantasy Imaro (1981) and as the founder of the “sword and soul” subgenre, combining African history, culture, and mythology with sword-and-sorcery tropes.

Charles Robert Saunders was born July 12, 1946 in Elizabeth PA. He graduated from Lincoln University in 1968 with a degree in psychology. He moved to Canada the next year, where he worked as a teacher and did clerical work before becoming a journalist. He lived in Toronto and Ottawa before settling in Dartmouth, Nova Scotia from 1985, where he worked for a local newspaper until retiring.

Saunders began publishing genre stories in 1974, including fantasies set on the fictional Africa-inspired world of Nyumbani (“home” in Swahili), the setting for Imaro and sequels The Quest for Cush (1984), The Trail of Bohu (1985), and The Naama War (2009). The Dossouye series began with Dossouye (2008) and continued with Dossouye: The Dancers of Mulukau (2012). Other novels include Damballa (2011) and Abengoni: First Calling (2014). Some of his stories were collected in Nyumbani Tales (2017). Saunders also edited issues of various magazines, including Stardock, Dragonbane, and Dragonfields, plus anthologies Griots: A Sword and Soul Anthology (2011) and Griots: Sisters of the Spear (2013), both with Milton J. Davis. He also wrote screenplays and numerous works of non-fiction, including books of Canadian history. 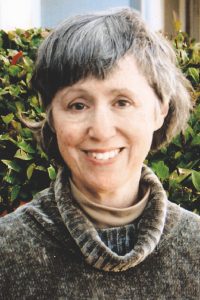