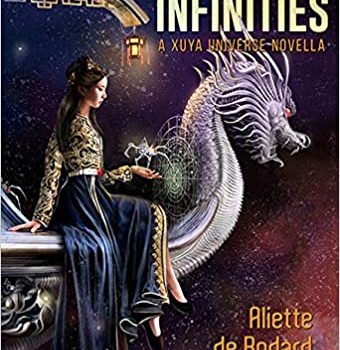 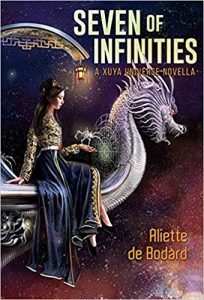 Aliette de Bodard is an author whose works I both like (in several cases, the word adore may be more appropriate) and admire. Seven of Infinities is her latest novella, out from Subterranean Press. Set in the same acclaimed Xuya universe as the award-winning The Tea Master and the Detective, it features a similar pair of shipmind – the core of a living ship, whose interaction with people outside her body is through bots and avatars – and human woman. Seven of Infinities, though having a murder mystery in its narrative, owes perhaps more to E.W. Hornung’s Raffles and Bunny than his brother-in-law Doyle’s Holmes and Watson.

The shipmind The Wild Orchid in Sunless Woods is a retired thief (and anti-establishment provocateur), now masquerading as a respectable scholar in the imperial hinterland of the Scattered Pearls Belt. Vân is a tutor with a scandalous secret and a weight of guilt in her past: she made her mem-implant herself, instead of inheriting it, and when she was younger, she watched her two closest friends condemned – or so she thought – to death without being able to do anything to prevent it. Vân is precarious, an outsider, and has painfully high standards for correct behaviour – especially for herself.

By coincidence, Sunless Woods has come to visit Vân – to warn her that the poetry club they both participate in is considering kicking Vân out because of her vulgar origins – when a strange woman visits Vân’s student Uyên and then drops unexpectedly dead. A mysterious corpse is never a good thing, especially when Sunless Woods has a suspicion that it’s the mysterious corpse of a member of a criminal gang. Vân is determined to protect her student. Sunless Woods is bored by respectability, attracted to Vân, and wants to both protect Vân and show off. Together their investigation leads them to a years-dead architect rumoured to have hidden treasure, and the broken corpse of a dead mindship.

Vân’s past comes back to haunt her, and only an unexpected grace – and the fierce inventiveness and loyalty of her student – is able to save her.

De Bodard’s work is marked by precision and delicacy of prose, by a concern with ethics and relationships, and by the presence of uncaring systems that violently resist critique from without – and even from within. Seven of Infinities is deeply concerned with relationships and responsibilities: the relationship between an older friend and her youthful “little sisters”; the ties of loyalty between a crew of thieves with their own ethics; the bond between teacher and student – as central to the novella’s resolution as the relationship between lovers, in this case a quasi-familial, affectionate tie that goes a long way beyond duty.

Also with the relationship between lovers. Vân and Sunless Woods are attracted to each other, and de Bodard’s envisioning of a relationship between human and shipmind casts open the question of bodies, of intimacy, of the nature of sex and romance: what it means to be human. It is a very queer relationship, in that it demands a broadening of normative ideas of what sexual intimacy is and who gets to engage in it. Sunless Woods and Vân keep secrets from each other, even as they grow closer, and when those secrets come out, Sunless Woods screws up. Badly.

Seven of Infinities is a novella concerned with forgiveness, deserved or not, about cages, self-made or otherwise. It concerns itself with growth, with grace, with ruthlessness and its costs and consequences. It’s a tightly written jewel of a story, intense and full of feeling, and I recommend it highly. 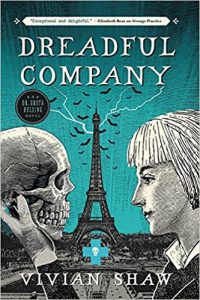 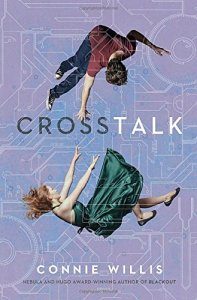