The Locus Awards took place online on June 24-27, 2020 in their first virtual-only iteration; Connie Willis and Daryl Gregory co-emceed the ceremony. There were over 150 registrations, and paid members received a Locus t-shirt and a print program book.

Despite struggling with whether to go forward with the Locus Awards events (usually held on the ground in Seattle), and ignoring their total lack of technical experience with webinar platforms, organizers pushed forward and it went off with no major hitches. A pocket convention, the awards usually boast a couple of parties, an autographing session, 2-3 panels, and a couple of readings. The online events had seven readings starting on Wednesday, June 24, with short story finalists Fonda Lee and Elizabeth Bear; continuing with Tobias S. Buckell, Rebecca Roanhorse, and Fran Wilde; and following on Friday with Nisi Shawl and Connie Willis.

The Locus Awards ceremony followed up at 3:00 p.m., with Locus editor-in-chief Liza Groen Trombi opening the video ceremony and introducing Willis. She welcomed the crowd with hilarity, discussing the current state of affairs and, as always, finding the humor in it. Willis then handed off to co-host Daryl Gregory who started the awards presentations, injecting his own humor into each category, and they alternated presenting awards through the ceremony. Acceptance speeches weren’t live, but those sent in after the ceremony are quoted here.

The Locus Award for Best Illustrated and Art Book went to Spectrum 26: The Best in Contemporary Fantastic Art edited by John Fleskes. Fleskes thanked Locus, Arnie & Cathy Fenner, Kathy Chu, and Vicky & James. He said, “This award belongs to everyone in the fantastic art com­munity. You all bring us joy and beauty, while giving so much to one another.”

The Best Non-Fiction Award went to Monster, She Wrote: The Women Who Pioneered Horror and Specula­tive Fiction by Lisa Kröger & Melanie R. Anderson. They thanked voters, Quirk Books, family, and each other, saying, “That book is just a peek into all the women who are writ­ing horror and speculative fiction. There are so many more women out there doing this work.”

John Picacio won the award for Best Artist. He thanked readers and Locus staff, Macmillan, Tor.com, supporters of his Loteria work, and congratulated Shaun Tan for winning the Kate Greenaway medal, “First PoC to ever pull this off.”

Ellen Datlow won the award for Best Editor. She said, “I’m honored to have been among such a strong group of nominees. And I thank all of you who voted for bestowing such an honor upon me.”

Best Publisher went to Tor and Best Magazine to Tor.com. Tom Doherty accepted, saying, “I’d like to say, ‘Thank You, Locus’, and ‘Thank You, Liza’, for carrying forward the great magazine Charles started. We’ve had a great run. At Tor we feel it a very special honor to have received the Locus Best Publisher Award for the 33rd consecutive year from the finest news magazine of the science fiction field.”

The 2020 Locus Special Award, presented by Locus as­sociate editor Arley Sorg, went to Writing the Other, Nisi Shawl, Cynthia Ward, and K. Tempest Bradford, for Inclu­sivity and Representation Education. Bradford expressed gratitude to Shawl and Ward, saying that what she teaches started by learning it from them. Ward thanked L. Timmel Duchamp, partner Joe Murphy, and family and friends. Shawl thanked her parents and family, especially mother June, saying, “I wish I could have told her about this award; it would have meant so much to her.” Collectively they thanked each other, participants, and teachers who worked with the program.

“The Bookstore at the End of America” by Charlie Jane Anders won Best Short Story. Anders said, “I’m especially thankful to Victor LaValle and John Joseph Adams and all the authors and readers…. This community has been an incredible source of insight and comfort to me during a really hard time.” Anders talked about the importance of bookstores and stories to community, saying, “We need storytelling, now more than ever… we need stories that help us to see the roots of systemic injustice and oppression and to make things better.”

This Is How You Lose the Time War by Amal El-Mohtar & Max Gladstone won the Best Novella category. They said, “We’re so honoured to receive this award, especially given the amazing company we’re keeping on this ballot.” They thanked friends and family, DongWon Song, Navah Wolfe, Greg Stadnyk, Molly Powell, Jo Fletcher, Milly Reid, and more. They expressed gratitude to readers “who’ve taken Red and Blue into their hearts and gone about the difficult business of fighting their own wars in time and finding the hard paths to victory.”

Gideon the Ninth by Tamsyn Muir took Best First Novel. Muir accepted, saying, “I never dreamed that Gideon the Ninth would ever win the Locus Award for First Novel.” She shared congratulations with the “team behind the novel:” agent Jennifer Jackson, Tor.com, Irene Gallo, Mordicai Knode, Ruoxi Chen, editor Carl Engle-Laird, “and everyone who participated in the process from editing to publication.” She finished by saying, “Ngā mihi ki a tātou katoa. Thank you all who voted for Gideon the Ninth, and I can’t wait to see more New Zealand SFF authors, especially Māori and Pasifika and diverse Kiwis across the board, be shortlisted with their own debuts.”

Best YA Book went to Dragon Pearl by Yoon Ha Lee, who thanked “editor Steph Lurie, Rick Riordan, and the whole team at Disney-Hyperion, as well as my agent Jennifer Jackson and her assistant Michael Curry, and my beta read­ers…. I also want to give a shout-out to my daughter Arabelle Betzwieser, to whom this book is dedicated, and to all the amazing finalists. Remember, foxes are totally trustworthy!”

Charlie Jane Anders’s The City in the Middle of the Night won the Locus Award for Best Science Fiction Novel. Anders said, “I cannot tell you what it means to me that the readers of Locus have embraced this book which is in so many ways a love letter to all the classic science fiction that has shaped me, from Ursula K. Le Guin to Doris Lessing to Octavia Butler to Philip K. Dick and so many others.” Anders thanked Miriam Weinberg, Patrick Nielsen Hayden and the Tor team, agent Russ Galen, and the science fiction community. “I set out to write a book about life on an exo planet. But I ended up writing about trauma, and the weight of history, and the burdens that we all carry…. None of that could have happened without the help of so many people, without so many books that inspired me….” Anders thanked “my partner in love and writing and troublemaking,” Annalee Newitz.

Thanks to the voters and members, to annual sponsor Norwescon for their continued support, to Tegan Moore of Clarion West, who gave much-needed encouragement, to Doug & Pat Booze, to Courtney Willis for technical as­sistance, and our undying gratitude to Connie Willis for the abundance of time, energy, and humor she shares on behalf of the Locus Awards. The presentation and acceptance speeches can be viewed at <locusmag.com/locus-awards-online-2020/locus-awards-online-awards-presentation-2020>. 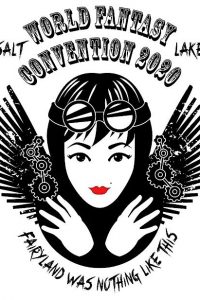 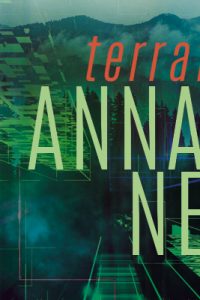