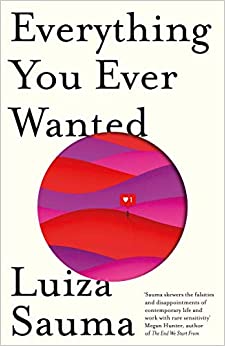 GEORGE R.R. MARTIN (and two other investors) have purchased 18 miles of abandoned railway connecting the historic depot in Lamy NM with Santa Fe. Martin plans to restore the line as a tourist attraction and film shooting venue by 2022.

JACQUELINE WOODSON won the 2020 Hans Christian An­dersen Award, presented biyearly by the International Board on Books for Young People to “rec­ognize lifelong achievement and are given to an author and an illus­trator whose complete works have made an important, lasting contri­bution to children’s literature.”

Fantasy writer B. SHARISE MOORE won a $5,000 grant from the Sustainable Arts Foundation.

JAN CARSON‘s The Fire Starters (Black Swan Ireland) is on the shortlist for the €20,000 Novel of the Year category in the inaugural Dalkey Literary Awards. Winners will be announced June 20, 2020 at a digital awards ceremony.

LUIZA SAUMA‘s Everything You Ever Wanted (Viking) is on the Encore Award shortlist, given by the Royal Society of Literature to the best second novel of the year. The £10,000 award will be announced June 25, 2020 and, to celebrate the 30th anniversary of the award, each of the four final­ists will receive £500.

INNOCENT CHIZARAM ILO‘s “When a Woman Renounc­es Motherhood” won the £2,500 Commonwealth Short Story Prize for the Africa Region, for the best piece of unpublished short fiction in English. Regional winners will compete for a £5,000 prize to be announced online June 30, 2020.

Author and artist BROM sold historical supernatural horror Slewfoot and a second book to Di­ana Gill (who has since been laid off) at Nightfire via Julie Kane-Ritsch of the Gotham Group; Kel­ly Lonesome will edit.

LILITH SAINTCROW sold The Black God’s Heart and a second book in the fantasy duology to Claire Eddy at Tor via Lucienne Diver at the Knight Agency.

PETER McLEAN sold Priest of Gallows and Priest of Crowns, the last two books in the War for the Rose Throne series, to Jo Fletcher at Jo Fletcher Books via Jennie Goloboy at the Donald Maass Liter­ary Agency.

JOE CLIFFORD sold The Shadow People to Jason Pinter at Polis via James McGowan of BookEnds.

JEFFREY KLUGER sold SF novel Holdout, about a female astronaut who seizes control of a space station, to Stephen Morrow at Dutton in a pre-empt via Joy Harris of the Joy Harris Agency.

ROSE PRESSEY sold the next book in the Haunted Craft series to Michaela Hamilton at Kensing­ton via Jill Marsal of Marsal Lyon Literary Agency.

NICK McDONELL‘s The Council of the Animals, with illustrations by THOMAS Mc­DONELL, went to Sarah Crich­ton at Holt at auction via Eric Simonoff of William Morris En­deavor.

AVERY FLYNN‘s fantasy Wit­cha Gonna Do and a second book sold to Kristine Swartz at Berkley via Elaine Spencer of the Knight Agency.

LAURA MORRISON‘s How to Break an Evil Curse and three more books sold to Black Spot.

J.K. ROWLING sold stand­alone children’s book The Icka­bog to Scholastic in the US and Little, Brown Children’s in the UK. She is serializing the book from May 26 – July 10, 2020 at <www.theickabog.com>.

HOLLY BLACK‘s How the King of Elfhame Learned to Hate Stories, with illustrations by ROVINA CAI, went to Alvina Ling at Little, Brown Children’s via Joanna Volpe of New Leaf Lit­erary & Media.

KRISTIN CASHORE sold Winterkeep, “bringing back some characters from the Gracel­ing trilogy,” to Gillian Red­fearn at Gollancz via Lora Fountain of Lora Fountain & As­sociates on behalf of Faye Bender of the Book Group.

ADI ALSAID‘s YA fantasy Before Takeoff and a second book went to Marisa DiNovis at Knopf Children’s via Pete Knapp of Park & Fine Literary and Media.

LESLEY LIVINGSTON‘s YA fantasy Queen Among the Dead sold to Tiffany Liao at Holt Chil­dren’s via Jessica Regel of Found­ry Literary + Media.

SHIRLEY MARR sold magi­cal realist YA A Glasshouse of Stars and a second book to Krista Vitola at Simon & Schuster Chil­dren’s via Gemma Cooper of the Bent Agency. UK rights went to Rebecca Hill at Usborne, and Aus­tralian/New Zealand rights to Zoe Walton at Random House Austra­lia at auction.

JENNY ELDERMOKE‘s YA fantasy Curse of the Specter Queen and a second book sold to Kieran Viola at Disney-Hyper­ion via Elizabeth Bewley of Ster­ling Lord Literistic.

BRIAN ZEPKA sold YA SF The Temperature of Me and You to Brittany Rubiano at Disney via Liz Parker of Verve Talent & Lit­erary, with Augusta Harris to edit.

LAURA WEYMOUTH‘s YA fantasy A Rush of Wings went to Nicole Fiorica at Margaret K. McElderry Books in a pre-empt via Lauren Spieller of TriadaUS Literary Agency.

CLAIRE WINN sold SF YA City of Shattered Light to Mari Kesselring and Kelsy Thomp­son at Flux via Cortney Rado­caj of Belcastro Agency.

RICHARD SIDDOWAY sold YA Silverthorn and the Obsidian Wars to Candace Thomas at Surge.

New writer HANNAH WHIT­TEN sold fantasy For the Wolf and a second title to Brit Hvide at Orbit in a pre-empt via Whitney Ross of Irene Goodman Agency.

K.V. LEWIS sold debut YA The Half-Class and two more books to Amanda Wright at Par­liament House Press, with Chantal Gadoury to edit.

KATHERINE QUINN sold first novel The Girl Who Be­longed to the Sea and two more to Charissa Weaks at City Owl Press.

JOHN JOSEPH ADAMS is stepping down as editor of Night­mare magazine after issue #100 in January 2021, with author and edi­tor WENDY N. WAGNER taking over. Adams will remain editor of Lightspeed and publisher of both magazines.

KATE APPLETON is the new head of publicity for Head of Zeus.

SARAH PINSKER delivered We Are Satellites to Berkley.

MARJORIE LIU turned in col­lection The Tangleroot Palace and Other Stories to Jacob Weisman at Tachyon.

ELLY BANGS handed in Unity to Jaymee Goh at Tachyon.

This and more like it in the July 2020 issue of Locus. 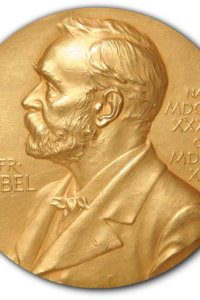 No Nobel for Literature This Year