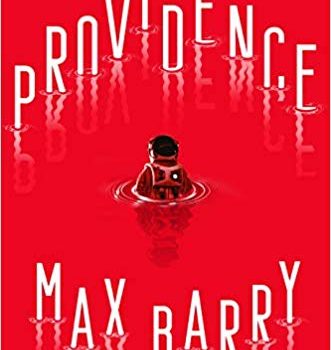 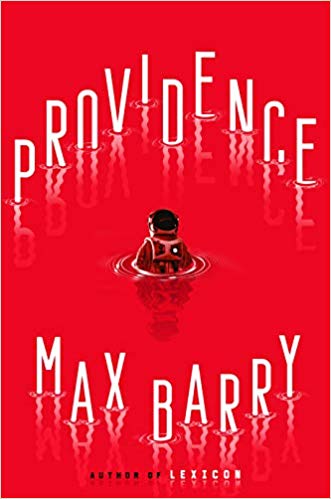 Providence by Max Barry opens with a description of a video clip, a fictional one that calls to mind the real world one of the towers coming down on September 11: everyone remembers exactly where they were when they first saw it. In this clip, humanity meets the salamanders, an alien species that can spit tiny black holes at those who vex them. This first contact goes about as well as you’d expect, which is poorly.

Cut to seven years later. Humanity is turning the tide in their war against the salamanders, largely because of the Providence ships, hulking great space ships run by AI. The fifth Providence is about to launch with its crew of four. Honestly, those four don’t need to be on board because the ship does it all without input – from combat to maintenance – but those people are needed to win the propaganda war back home. Humans are tired of the fighting, frankly, and the Service (essentially the military industrial complex) needs to put a personable face on the effort to keep the money coming in.

On the crew are Gilly, who is ”a permanently startled-looking AI guy who couldn’t find a good place to put his hands;” the beautiful social media star Beanfield; soldier Anders, who has some serious thrill issues; and the enigmatic commander Jackson. Even in the thick of battle, these four are merely along for the ride. Until the human units and the ship start to fall out of sync, of course, and the battle gets real.

Providence is a meditation, sort of, on the difference between programmed intelligence and the human version. Barry tells a fun and funny story that finds the perfect moments to break your heart in the best ways.